If you were to ask me what I love most about coin collecting, I’d be hard pressed to narrow it down to one thing. But the nostalgia it brings me would definitely be right at the top.

When I was young, I loved spending time with my grandfather. He was quick to hand out tasty snacks, and always had fascinating stories to share. Some of them were even true. He also introduced me to the fun and excitement coin collecting as a hobby can bring. 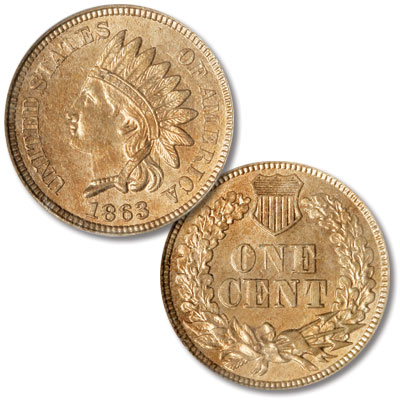 Anytime my grandfather received change from a store, he always checked it for interesting or noteworthy coins. I can close my eyes and still hear my grandfather’s voice saying, “Let’s see if we got any treasures.” And he often found them, too – especially obsolete Indian Head cents and Buffalo nickels.

This was in the 1970s, and the coins he found were already becoming hard to find in circulation. So when it came to finding them, my grandfather was my hero.

Of course, grandpa was also known as a bit of a rascal. I suspect he seeded his pocket change so he could “find” exciting treasures when us grandkids were with him. He probably even “found” the same coins again and again.

Still, it worked. I was fascinated by those coins…

I learned a lot about history from the stories of the coins my grandfather told, including both the history of our nation and the history of our family. That’s probably a large part of why coin collecting became a lifelong hobby for me.

And not just for me. A few months ago, my mother showed me a Mercury dime she’s saved since she was a student in high school. (If you like Mercury dimes, here’s a great story about another young collector’s exciting find.) 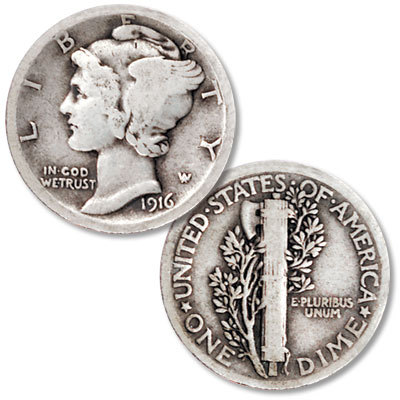 To this day, I still religiously check every single nickel and penny I get my hands on. I never did find an Indian Head cent – at least, not in my change. But I have managed to score a Buffalo nickel or two, including one I received in change from my bank in 2014. And it’s been years since I let a Bicentennial quarter slip through my fingers.

Of course, I shared my interest with my own children.

I didn’t pull my grandfather’s trick of seeding my change. Well, not as often anyway. I tended to save it for special occasions, which may explain why they aren’t yet as avid collectors as I am. But they each have their own favorite coins and currency they stash away for safe keeping.

Coins bring lessons to life in a tangible way

I’ll never forget what it was like holding those old coins while my grandfather talked about what the world was like during their day. They brought history to life in a way no book, movie or television show could ever achieve.

When the Presidential dollar series was introduced, my daughter and I had some great discussions about each U.S. president. And in addition to my own family, I know many people – young and old alike – who love collecting Statehood and National Park quarters from the states they’ve lived in or visited. 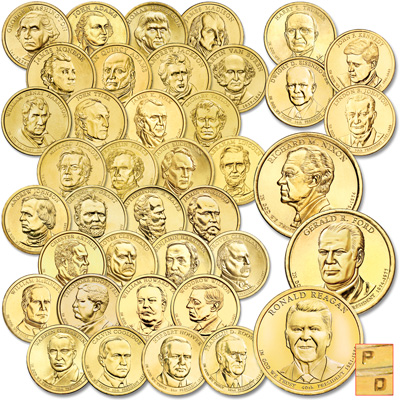 The same goes for coins from around the world. I love to look at the coins I acquired overseas on trips and during my years serving in the U.S. military. Memories of the places we’ve been and the things we’ve seen come rushing back, and are somehow more vivid, when we hold coins that remind us of our travels. For those interested, Littleton has an extensive inventory of world coins and paper money.

The American Innovation dollar series brings both geography and science to tangible life. Featuring an innovation or innovator from a state or U.S. territory, each coin is a wonderful way to spark an interest in science. They make great teaching tools, as well as conversation starters for history-related family discussions.

Collectors often refer to coin collecting as “history you can hold in your hand.” In fact, it’s one of my favorite sayings because it’s certainly true. History just becomes much more real when you’re holding coins that were struck or circulating when events from the past actually took place.

Which is perhaps the biggest reason coin collecting is a perfect family activity. Especially around the holidays, when families gather together and share stories from the past.

Nothing brings the Wild West to life like a Morgan silver dollar or “No Cents” nickel. And it’s hard to describe the thrill of holding a three-cent piece issued during the Civil War – or the steel cents and silver nickels from World War II. 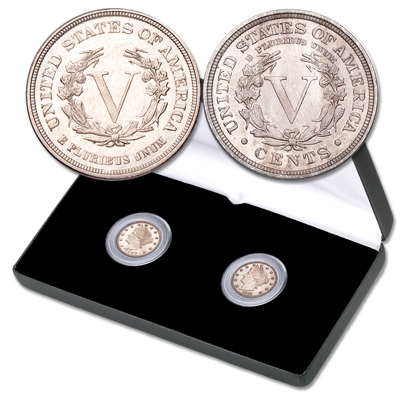 Want to teach a younger generation about an important milestone from America’s past? What better way than by showing them a coin struck to commemorate the occasion?

Do you have a grandchild who’s learning about our nation’s indigenous heritage? How about building a Native American dollar collection together… or introducing them to Native American coins and currency?

Whether you’re sharing the “thrill of the hunt” by working together to assemble a collection, or showing each other your newest acquisitions, coin collecting can be a fun and rewarding activity for the entire family. And if you need some help, our Learn Center is an outstanding resource to get you started.

Is coin collecting a tradition in your family? We’d love to hear about it. Leave us a comment and share your favorite stories!