The year was 1883. Life magazine was founded in January. Robert Louis Stevenson published his book Treasure Island. After 13 years of construction, the Brooklyn Bridge was opened to traffic. And, at the end of January, America’s new nickel design made its debut. 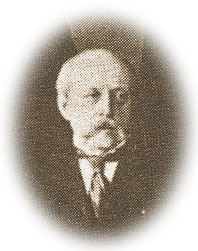 It had been 17 years since U.S. nickel coinage had gotten its start with the Shield design. (That is, if we don’t count the half dimes struck since the start of U.S. coins. Though the same face value, they were still a different denomination.) And our nation was ready for a change.

The new nickel design was created by Charles E. Barber – whose later dime, quarter and half dollar designs have since been nicknamed after him. However, his nickel has always been known by its traditional name – the Liberty Head nickel. This series’ original design also earned its own unique moniker: the “Racketeer” nickel.

The coin that raised a “racket” 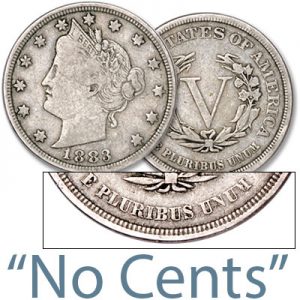 The obverse shows a bold profile of Liberty facing left, surrounded by 13 stars. A bold “V” is at the center of the reverse, surrounded by a wreath. Originally, this V (the Roman numeral for 5) was the only reference to the denomination on these coins.

Within a matter of weeks, people in the numismatic world were making note of an element that was conspicuously absent from Barber’s nickel design. In their April 1883 issue, the American Journal of Numismatics wrote: 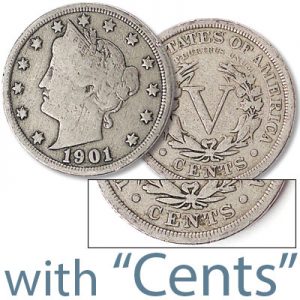 “It is reported that all of this issue are to be recalled by order of Secretary Folger, and the dies altered by adding the word cents.”

Numismatists around the country took note – this was a new coin design that was about to be recalled! Before production of the nickels without the word cents could be stopped, more than 5.4 million of the “without cents” nickels had been placed into circulation.

…and the “Racketeer nickel” was born.

The coin that kicked off a crime spree

While the general public was interested in the coins for their short-lived design, more disreputable types had something else in mind. 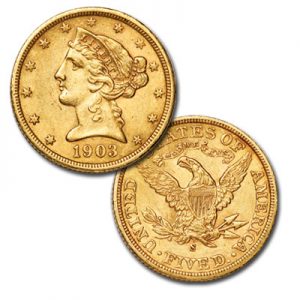 Con men would gold-plate 1883 nickels in the hopes of passing one off as a $5 gold coin like this one!

You see, it didn’t take long for some to notice the similarities between the Liberty Head nickel and the $5 gold Half Eagle of the time. While the nickel was 21.2 mm in diameter, the $5 gold coin measured 21.6 mm. Both coins bore a similar Liberty Head profile image on the obverse.

With that, criminals began plating the “no cents” nickels in a layer of gold. From there, it was simply a matter of spending the coin. The scammer would purchase an item priced anywhere from 1¢ to 5¢ (back then, that could have been anything from a cigar to a newspaper). They would hand off the gold-plated nickel to the unsuspecting cashier – who typically, after a passing glance at the coin, would simply toss it in the cash register and hand back change for $5!

Chances were fairly high too, that even if the cashier did give the coin a closer look, it could be mistaken for a new $5 gold coin design.

Bringing in the bad guys

Unfortunately for those fraudulent folks, $5 was no small amount of money in the 1880s. Factory workers might bring home little more than that in a week! It didn’t take long for the Secret Service to take notice of the scam and begin working to capture those involved. For anyone caught and convicted of trying to pass off a Racketeer nickel as a $5 gold piece, the punishment was up to one year’s imprisonment performing hard labor. Of course, some tried to argue that since they’d never said it was a $5 coin, the clerk had just assumed – and therefore, no crime had been committed!

This is one coin with an interesting history that changed the face of our hobby. Is there another coin you’d like to hear about? Tell me in the comments below – you might just see it in an upcoming Heads and Tails article!