Last month, I reviewed U.S. coins of 2016. Now, let’s put the spotlight on some of the amazing works of art that came from mints from around the world last year. I always think that the Royal Canadian Mint puts out great silver bullion coins, and 2016 was one of the best years yet! From pieces that glow in the dark to a new “reflections of wildlife” series, the royal mint had quite the innovative year. 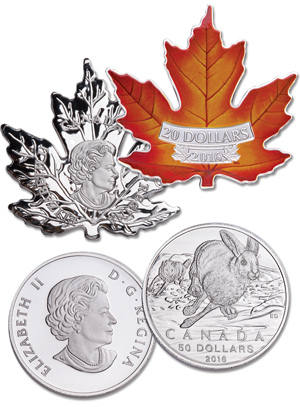 In fact, there were so many different silver bullion issues (in addition to the traditional 1 oz. silver Maple Leaf), I’m covering just a couple of my favorites here. To see more, check out our full selection of 2016 Canadian coins!

• Maple Leaf-Shaped $20 Proof – A first for 2016, this coin is actually shaped like Canada’s iconic maple leaf – and boasts the gorgeous colors of fall! It reminds me of being out in the woods with the fall sun beaming down through the colors of the autumn canopy…

• $50 Arctic Hare Proof – Talk about some action for your collection! This dramatic $50 coin is struck in 1/2 oz. of 99.99% pure silver and features a dynamic depiction of an Arctic hare on the run from a wolf in Canada’s frozen tundra. 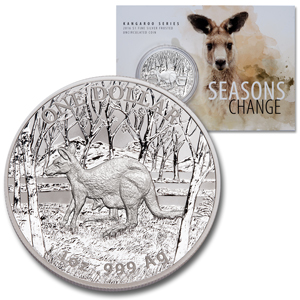 Coins from Down Under

Australia is another big contender in the creation of dynamic designs for world silver bullion coins. Best-known for their annual $1 Kookaburra and $1 Koala coins, this year they broke the mold with a new kangaroo sub-series called Seasons Change. Honoring the life cycle of the kangaroo throughout Australia’s seasons, this first-in-a-series coin depicts a mother bounding along the winter plains with her joey in her pouch.

Last year also marked the Chinese Lunar Year of the Monkey – and in its honor, Australia issued the latest coin in its popular 99.9% pure silver Lunar Series II. A really spectacular release was the 2016 High Relief Kangaroo. It had a rimless, highly detailed design, and its antique finish really brought out the details. But with only 3,000 of these beauties struck, they didn’t last long…

Though they’re struck as traditional bullion coins for their countries of issue, 1 oz silver coins are anything but ordinary! In addition to the Maple Leaf, Kookaburra and Koala coins, countries from China to Mexico, U.S. to U.K. – all issue big, bold silver coins. Great Britain has the Britannia, with a design honoring the country’s rich maritime heritage. China’s Panda – which used to be a 1 oz. coin – is now issued in 30 grams of 99.9% pure silver. Mexico’s elegant Libertad continues the design first issued in 1996, and America’s Silver Eagle celebrated its 30th anniversary! 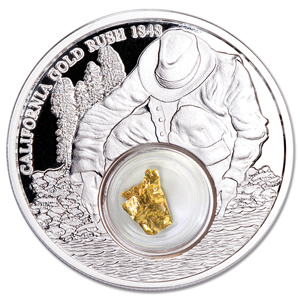 Lately, the island nation of Niue has offered a wide variety of fun and intriguing designs each year. My favorite honors the concept that “love is precious” – and it’s quite beautiful. It shows two hummingbirds in full color, “dancing” around a heart-shaped cubic zirconia, which is set into the coin. Another series commemorates the greatest gold discoveries of the modern era. California’s gold rush was honored on the 2016 issue, which also featured a genuine 24k gold leaf encased into the design!

Niue also issued a coin that’ll really get your imagination sailing – 2016’s $5 “Journeys of Discovery” coin. Amazingly detailed, it honors the landing of Vasco da Gama in Calicut, India. Da Gama became the first European to discover a sea route to India, in 1498.

There’s a wide world of collecting possibilities out there, filled with coin themes that excite the imagination. Did you have a favorite design that debuted in 2016? Perhaps one that I didn’t cover here? If so, tell me about it in the comments below – I’d love to know!