It goes without saying that 2020 was a year for history’s record books. But beyond COVID, murder hornets, the election and everything in between, there were several U.S. coins and collectibles that were busy making headlines!

A major story throughout the nation in 2020 was the national coin shortage created by the pandemic. Normally, coins remain in circulation as the public spends them on a daily basis. But, with statewide shutdowns across much of the nation and more people moving to contactless payments during the year, soon there were fewer coins than ever traveling through the chain of commerce.

In reality, this hasn’t been so much a “coin shortage” as it is a “circulation stoppage.” The coins are still out there – they’re just not moving. In order to keep enough coins working through the businesses that need them, the U.S. Mint ramped up coinage production this year. This is impressive, especially considering the fact that they were working under reduced staffing numbers in order to keep their employees safer.

One area of the hobby that’s seen growth in the past year is Challenge Coins. These collectibles come from a long tradition that many say dates back to WWI, when commanders would hand them out as a morale booster. Given their rise in popularity, it’s fitting that four were issued to honor critical workers during the COVID-19 pandemic:

One milestone event of 2020 was the 75th anniversary of WWII’s end. In honor of that milestone, Littleton’s artists created two impressive colorized tribute series: 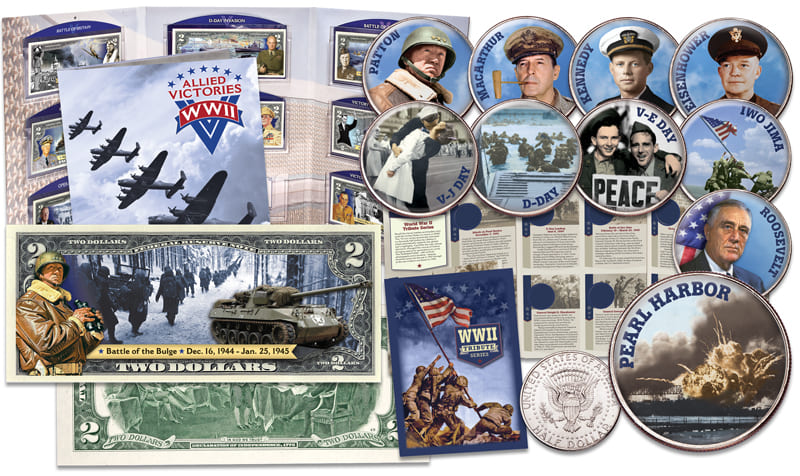 Another Presidential dollar joins the series

The Presidential dollar series ended in 2016 with the Ronald Reagan coin. However, following the passing of former president George H.W. Bush in 2018, legislation was passed authorizing the issue of an additional Presidential “golden” dollar and First Spouse gold bullion coin. Both were made available during the final days of 2020, adding an extra bonus for collectors!

Special commemoratives for a special year

There were a few other special issue coins released last year, too. The United States’ commemorative coin lineup for 2020 included these two collector favorites: 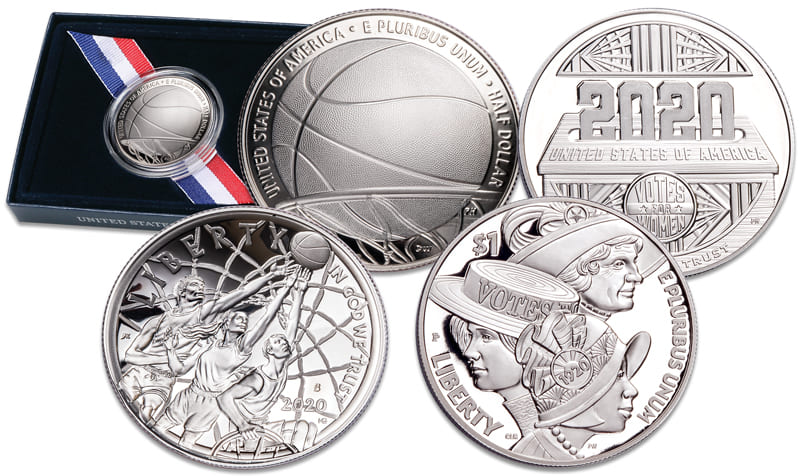 As we look further into the new year, there are a couple of items that collectors will be eyeing! The final issue in the National Park quarter series drops this year. It honors the Tuskegee Airmen National Historic Site in Alabama.

Along with the legislation that authorized the National Park quarter series to begin in 2010, contingencies were set in place to cover the “what next” scenario. It gave the Treasury Secretary the option to approve, by 2018, a second round of designs honoring national parks or historic sites in each of the 50 states, D.C. and the 5 U.S. Territories.

Since that option wasn’t selected, the quarter’s reverse design will automatically revert to a design that depicts General George Washington leading his troops across the Delaware River in 1776.

Another big change this year comes to the reverse of the long-running Silver American Eagle series. Ever since the series began in 1986, the traditional Heraldic Eagle design has graced the back of this popular silver bullion series. Now, for its 35th anniversary, the original reverse will be struck at the start of the year, with the new one expected partway through 2021.

What was your favorite coin design of 2020? And what are you most looking forward to in 2021? I’d love to hear from you in the comments below.