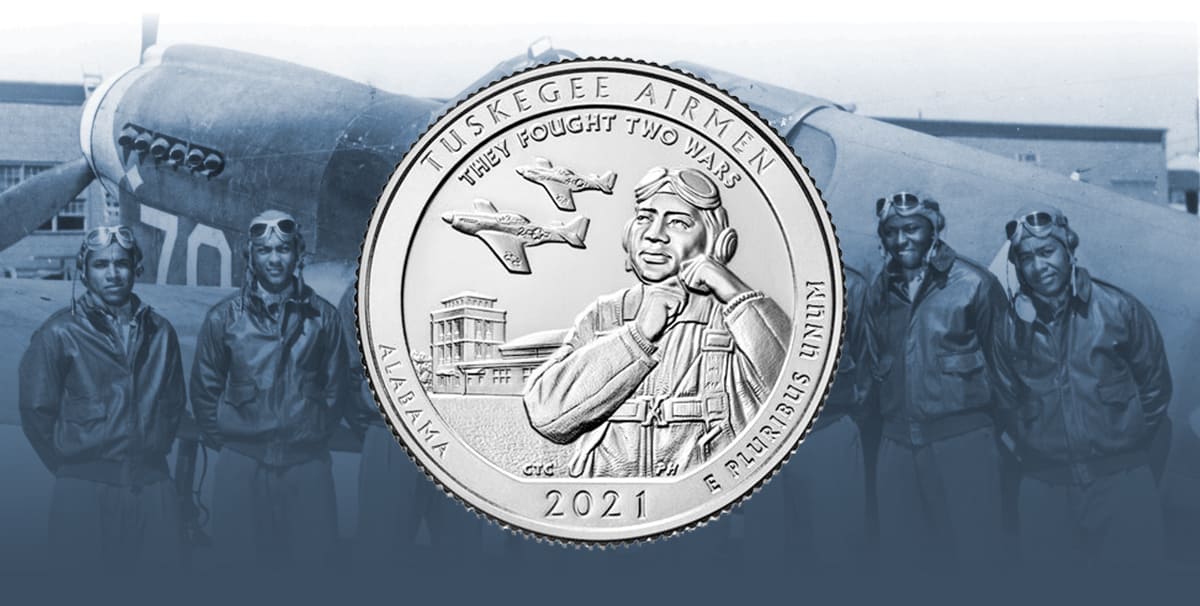 Marking the End of an Era

Eleven years. Fifty-six designs. The end is here for America’s National Park quarters series! These coins followed up on the wildly popular Statehood quarter series, which ran from 1999-2008 (with a one-year series celebrating the District of Columbia and the five U.S. territories in 2009).

When the latest quarter series was introduced in 2010, it included all 50 states, the District of Columbia and the 5 U.S. territories. From 2010-2020, new designs were issued at a rate of 5 per year. This year, just one design will be issued – the final National Park quarter, honoring Tuskegee Airmen National Historic Site.

This final coin in the series commemorates the heroism of the Tuskegee Airmen – men and women of African American descent who made important contributions to the military efforts in World War II.

The coin’s design shows a pilot suiting up with the park’s Moton Field control tower behind him. The inscription they fought two wars on the reverse is a reference to both the fascism abroad and racism at home that the brave Tuskegee Airmen battled.

What’s next for America’s quarter? 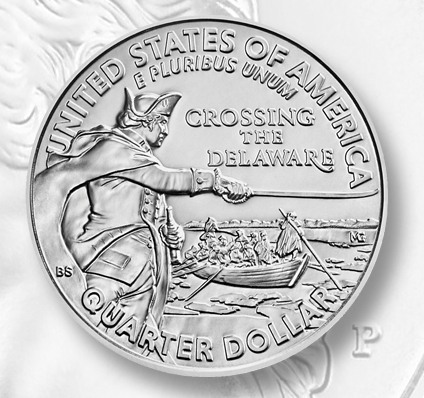 A new reverse design will follow the National Park Quarters

The original legislation for the National Park quarter series left it open for a second round of park quarters, to begin at the discretion of the Treasury secretary. But a stipulation said the decision to do a second round had to be made by 2018. Since Steve Mnuchin didn’t opt for more National Park quarters by the 2018 deadline, a backup option said that the reverse of the quarter would revert to an image of George Washington and his troops crossing the Delaware River during the Revolutionary War.

Most collectors assumed that, if the quarter reverse defaulted to the “Washington crossing the Delaware” reverse design, it would be the same as the one used on the New Jersey Statehood quarter of 1999.

Instead, designs that were submitted for the Citizens Coinage Advisory Committee’s (CCAC) review were refreshingly new. The approved design, which is scheduled for release in April of 2021, features a bold image of General Washington in the foreground, leading the charge across the frigid waters to launch a surprise attack on British and Hessian soldiers.

Return of a classic

The Washington quarter obverse will revert back to the same design used on coins before the start of the Statehood series. It’s a design we haven’t seen on a new issue in over 20 years!

What are your thoughts on this end of an era and the start of a new design? What designs from the National Park – or even Statehood – quarter series have been your favorites, and why? Tell us in the comments section below!