In a recent 2016 poll by Whitman Publishing asking which coins are most interesting to newer collectors, Kennedy half dollars tied classic Morgan silver dollars with 23% of the votes cast! Whitman, the publisher of the definitive Red Book guide to U.S. coins and many other authoritative works, polled the readers of its prominent Coin Update collectors forum (2016 Whitman poll).

While the results may be surprising to some, Kennedy half dollars of 1964 to date are an extremely popular series among collectors. They’re the largest regular-issue U.S. coins minted today, they’re attractive and they include silver issues and key dates. You’ll find three different compositions, high-quality special issues, bicentennial and 50th anniversary coins and more. But these handsome half dollars also enjoy special significance among U.S. coins for their key role during the early 1960s. 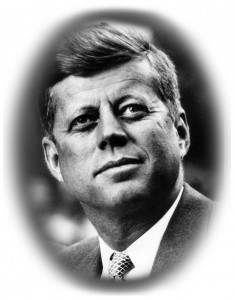 The assassination of John F. Kennedy on November 22, 1963 sent a shockwave through the nation. Like millions of baby boomers, I’ll never forget where I was when I heard the news (nor will I forget watching on television the horse-drawn caisson carrying the president’s casket through the streets of Washington). The nation was in mourning, as a charismatic young leader who inspired so many to public service endeavors and stared down the Soviet Union during the Cuban Missile Crisis was suddenly and tragically gone.

Something significant was needed to preserve the memory of the fallen commander in chief. A new half dollar, which would put President Kennedy’s portrait in the hands of people everywhere, was authorized and rushed into production at a pace never seen before or since. The design was adapted from the 1961 Kennedy inaugural medal, the new coins were in production before the end of January 1964, and the first Kennedy halves were delivered to banks by March. People waited in long lines as these new coins, with their endearing design, helped heal the nation.

The writer recalls… “On Friday, November 22, 1963, I was 13 and in 7th grade at Littleton (NH) Junior High School. I remember the stunned silence when the PA system informed us that the president had been shot, and the total shock when it was later announced that he died of his wounds. Schools throughout the country were closed on Monday for the funeral services.“ 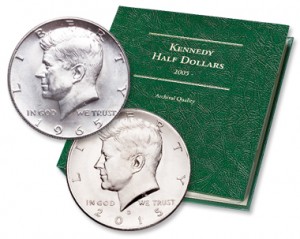 Most Kennedy halves are struck in copper-nickel clad, making them relatively inexpensive to collect.

When introduced in 1964, the Kennedy coins featured the 90% silver composition of previous Franklin half dollars. But precious metal prices were rising, so the silver in half dollars was reduced from 90% to 40% in 1965 and removed altogether in 1971 in favor of the copper-nickel clad alloy. But this was not the end of silver in the Kennedy series, as bicentennial half dollars, limited-edition Proofs and 50th anniversary coins would later be struck in precious silver (you can assemble them all in Littleton’s archival-quality albums for 1964-1987 Kennedy halves, 1988-2004 Kennedy halves and 2005-Date Kennedy halves). 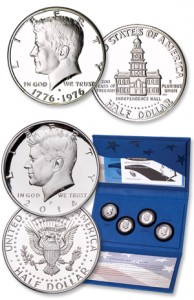 Special issues are part of what makes the Kennedy series fun, interesting and popular!

Besides regular-issue Kennedy half dollars struck for general commerce, premium-quality Proofs have been minted each year in limited quantities for collectors – except for 1965-1967 when a shortage of regular coinage put Proof production on hold. In lieu of Proofs during those years, the best Uncirculated U.S. coins of each denomination were hand selected, carefully handled and assembled in “Special Mint Sets” of higher quality than regular Mint Sets.

To celebrate the nation’s Bicentennial in 1976, Kennedy halves featured dual 1776-1976 dating on the obverse and a special reverse depicting historic Independence Hall in Philadelphia, where the Declaration of Independence and U.S. Constitution were debated and adopted. And when the Kennedy series marked its 50th anniversary in 2014, special commemorative issues including a 2-coin Uncirculated set, 4-coin silver collection and the first gold half dollar ever issued by the U.S. Mint, which sold out rapidly (see Kennedy 50th Anniversary).

Minted only for collectors since 2002 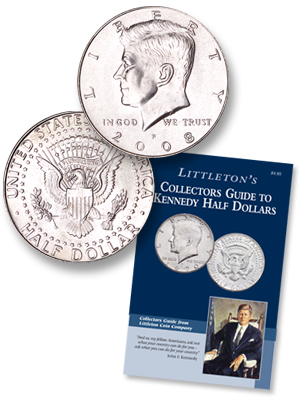 Learn more about the Kennedy series in Littleton’s FREE how to collect booklet.

Though Kennedy halves were frequently seen in pocket change for decades, all the vending machines and other coin-operated devices that don’t accept them brought their usefulness to an end. So Kennedy halves have not been minted for circulation since 2001 and have been struck only in limited quantities for collectors in the years since.

With the great popularity of Kennedy half dollars among both new and experienced collectors, and their special place in American history, it seems unlikely that the series would end anytime soon. Besides, the government is making modest profits from the limited-issue coins for collectors! If you would like to learn more about the exciting Kennedy series, please see Littleton’s Collectors Guide to Kennedy Half Dollars in our Learn Center and our comprehensive inventory of Kennedy half dollars.

If you recall the stirring debut of the Kennedy half dollar, or have other comments about the Kennedy coin series, please share your thoughts with other collectors.