About a year ago, we shared tips for building an impressive collection of coins featuring animals from around the world. Now that the year is starting fresh, the next generation is stampeding in! 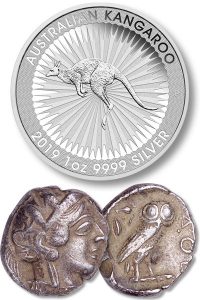 Of course, we couldn’t talk about coins with animals and overlook some of the most popular annual issues – the large silver world bullion coins! Three that are tops among Littleton Coin Company’s customers are the Australia Kangaroo, China Panda and Australia Kookaburra.

But even beyond bullion coins, countries from around the globe have featured animals on their currency – giving a cute, cuddly, and sometimes even fierce look to their coins and paper money! This has been a trademark for centuries… You’d need to look back to ancient times to find the original depiction of an animal on money. For example, during the days of ancient Rome, Emperor Gallienus issued a series of animal-themed coins to save his empire by honoring the gods. Plus, who could forget the most famous of ancient coins – the Athenian Owl… 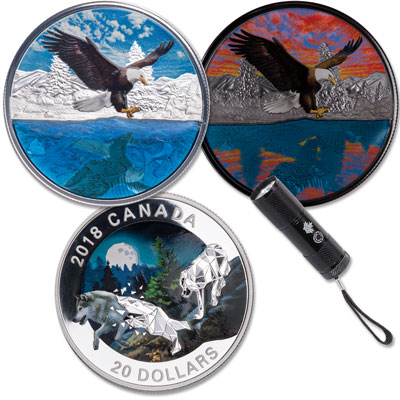 We’ve come a long way from ancient times! Today, world mints are doing some amazing things with coins that feature animals. Canada has seen some impressive designs recently – like polar bear and eagle coins that glow under black light, showing these animals in their natural habitats.

They’ve also issued a new “geometric” series that celebrates animals bursting forth from a geometric depiction into realistic full color. So far, they’ve shown the wolf, snowy owl and orca. Coins like this, highlighted with the handsome colors of nature, are always a hit. It adds a hard-to-beat element of reality to any collection!

Because colorized coins are so popular, each year Littleton Coin Company’s artists create full-color images on existing U.S. coins. The images are made with domed technology for detailed, uninterrupted designs. These exclusive sets – like our American Wildlife Series – have been extremely popular… Which is why we’re releasing a second American Wildlife series!

Just like Series I, it features full-color images of popular animals found throughout America. The set honors the red fox, black bear, great white shark, barn owl and bobcat. Plus the walrus, raccoon, diamondback rattlesnake, eastern wild turkey and caribou. Also like the first series, the coins can be displayed in a custom illustrated folder that showcases the coins and each species. 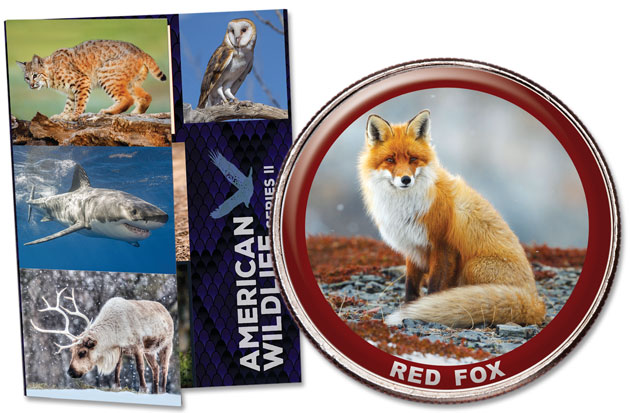 Keep an eye out on our website and in our catalogs for each new issue in the American Wildlife Series II, as it’s released. And tell me below – which design are you most looking forward to?