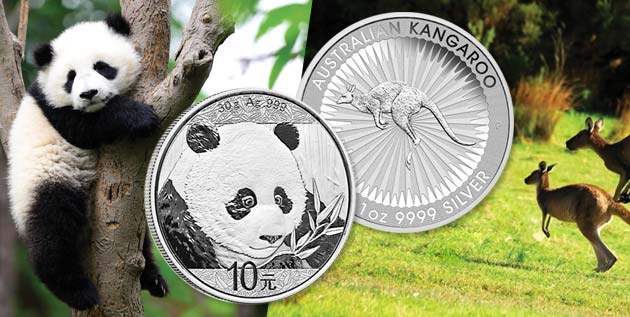 Every country or region on Earth has its identifying wildlife. Australia has kangaroos and koalas. China has tigers and giant pandas. Africa has lions and elephants. America has deer, moose, bear, bison, bighorn sheep and more…

Animals often represent their native regions on coins around the world. They’re a welcome change from political leaders, government buildings and coats of arms! And they showcase the natural artistry of the animal kingdom! A commemorative 2017 U.S. silver dollar honoring the centennial of Lions Clubs International bears the majestic image of a lion family. China’s silver bullion series depicts the giant panda. Australia’s silver bullion coins depict kangaroos and other “down under” species.

Wildlife coin designs are especially dramatic in full natural color. And color images of animals are seen more often on coins and paper money around the world (see Canada’s 2017 Black Bear $20 coin and Suriname’s 2000 Birds 4-note set). The U.S. Mint has yet to create color images of animals or other subjects on U.S. coins or paper money. But you can be sure they’re well aware of those from foreign mints and treasuries! 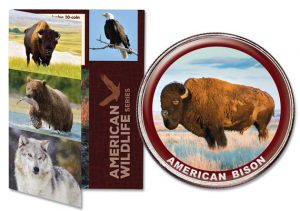 Do you collect coins or paper money with full-color wildlife images? Please share your favorites with other readers.