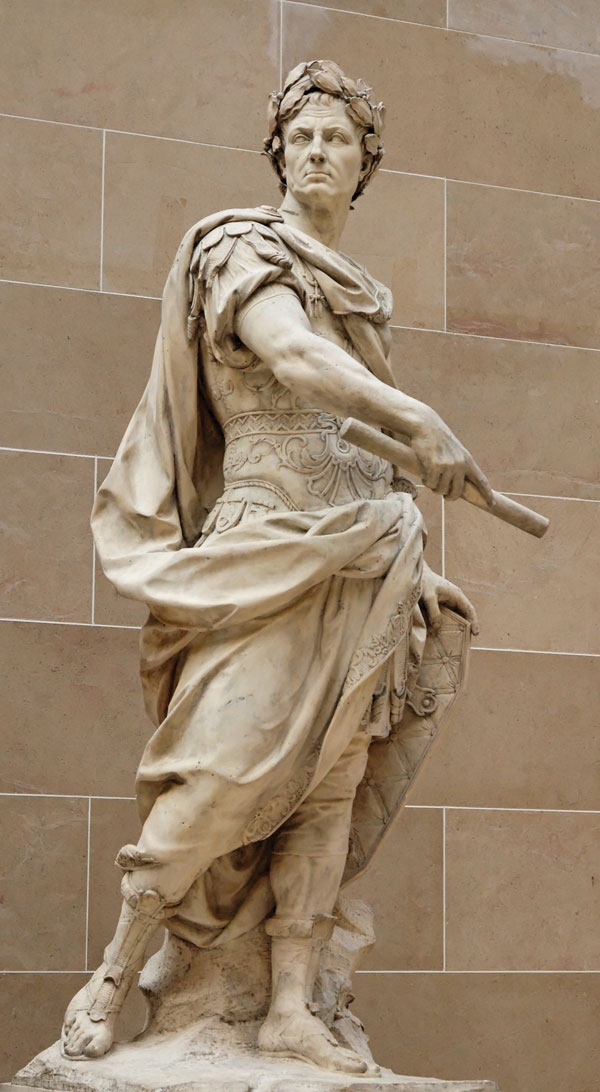 Morphing from a republic to an empire, Rome churned in controversy. Its monetary system was in chaos. The assassination of Julius Caesar that had plunged Rome into political turmoil in 44 B.C., saw the mint shut down four years later.

But not for long.

Civilizations needed money for trade. And aspiring politicians, taking a page from Caesar’s playbook, minted coins with their profiles to use as propaganda – especially the three who emerged to run the government in Rome.

The triumvirate, however, viewed one another as rivals. Only one emerged as the victor. 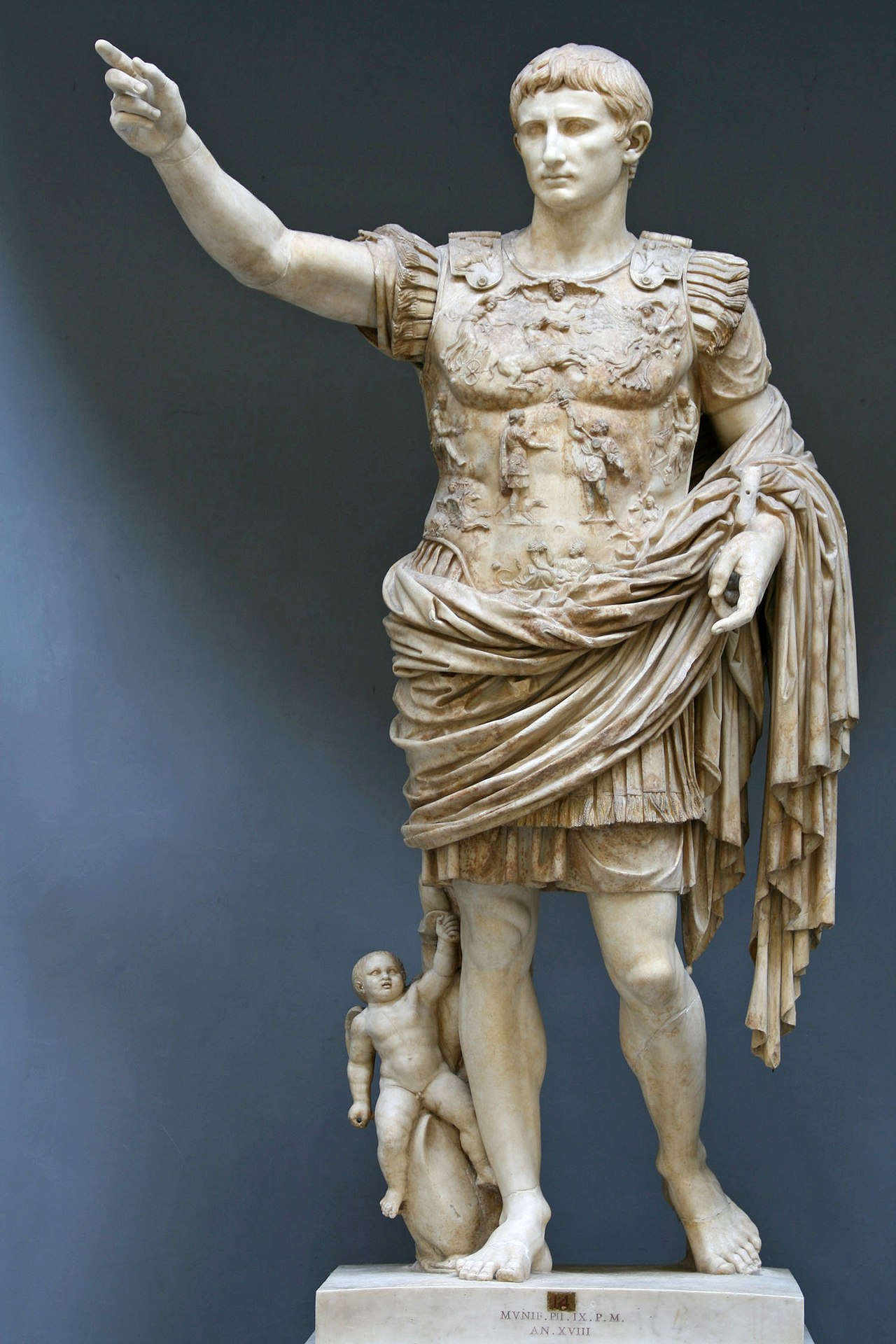 Marc Antony, General Marcus Lepidus and Octavian were the trio in charge. While they struck coins in gold and silver, their allies issued coins in bronze. But more than keeping Rome’s economy afloat, they also used coins struck with their separate likenesses to sway public opinion – and political power – in their favor.

But after a miscalculated military decision involving the island of Sicily, General Lepidus found himself banished by Octavian in 36 B.C. to the coastal Mediterranean village of Circeii in central Italy, and known today as San Felice Circeo.

Then, five years later, in 31 B.C., Marc Antony found himself on the losing end of the naval Battle of Actium in the Adriatic Sea. Antony took his life as did his ally and lover, the Egyptian queen, Cleopatra. 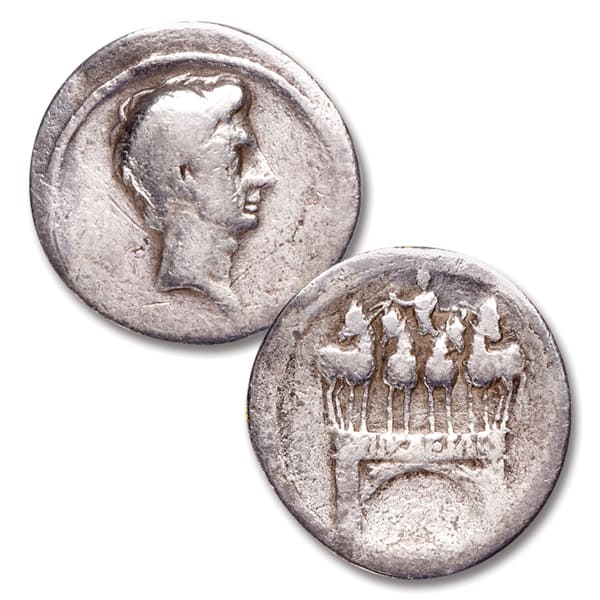 The grand-nephew of Julius Caesar, Octavian successfully got the Roman Senate to name him Augustus four years later in 27 B.C., making his influence over the emerging empire official. Then, around 23 B.C., Augustus began reforming Rome’s coinage – a change that would last for the next three centuries.

Ruling until he died at the age of 75 in A.D. 14, Augustus was said to amass coins and give them as gifts. Here are a few others he might have had in his collection, and that you could add to yours!

Most Roman coins were struck near, or possibly even in, the Temple of Juno Moneta, named for the goddess of money. But regional mints could be found in Gaul (French city of Lyon); Antioch (Turkish city of Antakya) and Alexandria (Egypt). 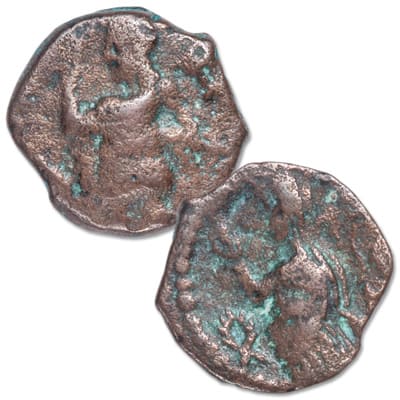 There was also a mint in Petra, capital city of the Nabatean Kingdom, its ruins found today in the desert of southwest Jordan. Thousands of years ago, though, this was a prime trade route that the Nabateans oversaw in the commerce between the Far East and key Mediterranean ports.

Unfortunately, owing to various political and military decisions that did not go in their favor, Nabatean kings wound up paying tribute money to Rome. Among the last ruler to do so was King Aretas IV, who ruled from 9 B.C. to 40 A.D. Artetas had built a chain of settlements along the caravan routes to develop further the prosperous incense trade. Perhaps Octavian had one of these bronze coins showing the king and queen of Nabatea in his collection.

From the very early days of coin production by hand, hard money was hoarded as an accumulation of wealth. No matter the size. No matter what unsavory tale might have been attached to the denomination. 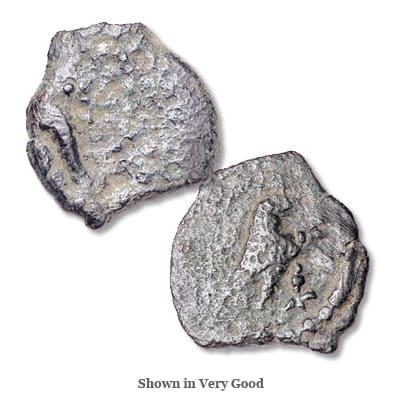 King Herod I of Judaea was one such ruler whose bronze lepton eagle Augustus may have had in his collection. Why? Augustus approved the Senate’s decree that appointed Herold king. But Herod turned out to be paranoid about threats to his power. He murdered his two sons and later had his wife executed.

Only when his subjects traveled to Rome to plead with Augustus to have Herod removed – which he did – did life change in the Kingdom of Judaea. One can’t help wonder what Augustus might have done with his own bronze Herold I lepton eagle!

Please visit Littleton Coin’s Learn Center if you’re curious to discover more about the fascinating world of ancient coins But if you have a specific ancient empire that has captured your imagination, visit our clubs page to see if there is one that strikes your fancy!