When it comes to big, bold, beautiful coins, size matters. The larger the coin’s surface, the more room there is to display the minter’s art. The stronger the strike, coupled with the least amount of wear, the greater the appeal for what are – without doubt – spectacular coins.

Collectors meeting up at the World’s Fair of Money just outside Chicago are exploring “Big, Bold and Beautiful – coins that have stood out over the ages” with the Maynard Sundman Lectures, an annual convention highlight, which Littleton Coin underwrites in honor of our founder.

With a nod to the three B’s, let’s look at coins that stand out, adding both praise and prestige to your collection. 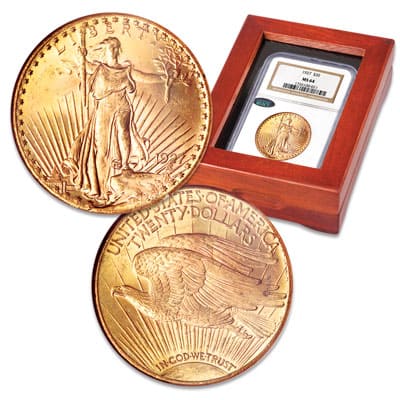 But first a question: Did you hear about the astonishing $18,872,250 million auction price set this past June for the only existing 1933 Saint-Gaudens $20 gold double eagle? Listed in the 2022 Red Book as “extremely rare,” it’s believed to be the only one of 445,500 struck at the Philadelphia Mint to survive the melting pot, and is legal to own. 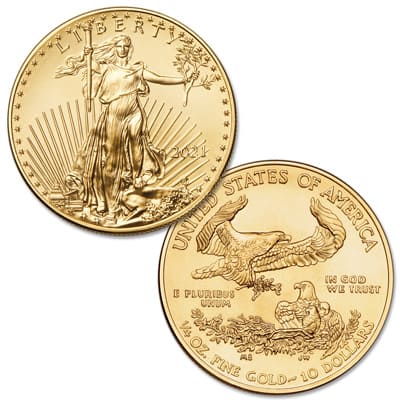 In 2002, luxury shoe designer Stuart Weitzman acquired the Gem Brilliant Uncirculated coin previously owned by King Farouk I of Egypt for $7.59 million. Proceeds from this 2021 auction are slated to benefit higher education and medical research.

Multi-million price aside, however, you can own a Saint-Gaudens $20 gold double eagle. Often called the “Mona Lisa” of gold coins, the twenty-dollar piece issued from 1909 to 1932 features the motto in god we trust on the reverse. With a different reverse design, the U.S. Mint reprised sculptor Augustus Saint-Gaudens’ obverse in 1986 for the nation’s gold bullion coin. 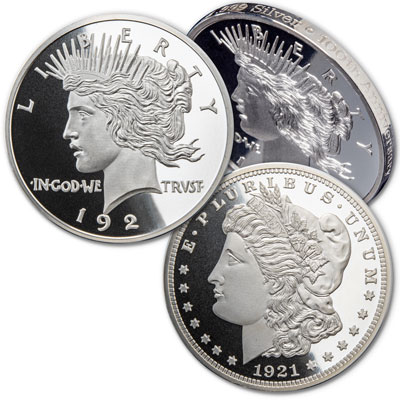 The U.S. Mint is celebrating a number of significant anniversaries this year. We’ve shared with you the “silver centennial” of the Morgan and Peace dollars. That includes this unique round that some collectors are adding.

This year is also the 35th anniversary of the American Eagle silver dollar. At 44.60 mm in diameter, this is America’s largest silver coin. Since 1986, its obverse has brought new admirers to A.A. Weinman’s beloved classic “Liberty Walking” design.

Just how big can a legal tender coin go? Here are a couple to consider.

A two-ounce silver coin was issued by the Pacific Ocean’s island nation of Palau. It’s two inches in diameter. The canvas of silver allows for a dramatic design of the 17th century Imam Square in Esfahan, Iran, complete with a Tiffany-styled stained glass window. It comes with a certificate of authenticity. 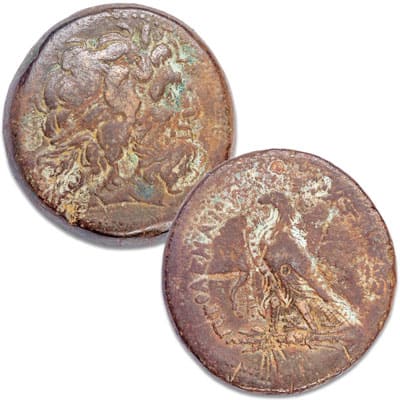 Another big silver coin that comes with a certificate is this delightful three-ounce octopus coin from the Caribbean island of Barbados.

But going back a few centuries to the era of Ancient Civilizations, here’s an extra-large bronze coin from Egypt that features the profile of Ptolemy IV. Alexander the Great left his general, Ptolemy I, in charge after conquering this strategic Mediterranean country. This noteworthy coin comes with a terrific story about a famous military campaign that’s a fitting tribute to its size, which you can get in either 40 mm or 45 mm.

This year’s Sundman Lectures at the 2021 World’s Fair of Money focus on certain coins that have stood out for their beauty, their bold design or their sheer size, from the Decadrachms of Syracuse to modern monster coins. But if you’re not able to attend the American Numismatic Association’s annual convention, you now have a few big, beautiful, bold coins to consider collecting!