You probably know there are U.S. Mints in Philadelphia, Denver and San Francisco. But you may not know that a fourth and newest U.S. Mint is located in West Point, NY (site of the U.S. Military Academy). 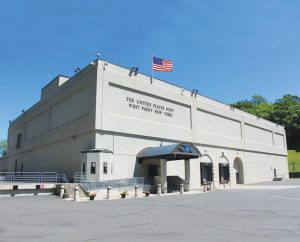 You won’t hear much about the West Point Mint, and they don’t put out any publicity. They store a lot of gold and silver bullion there – one fourth of U.S. gold reserves and all the government’s silver bullion. And they strike a lot of gold and silver coins. So for security reasons, the West Point Mint keeps a very low profile.

This facility was established in 1938 as the West Point Bullion Depository. Providing secure storage for the government stockpile of silver bullion, the reinforced concrete structure became known as the “Fort Knox of Silver.” (The United States Bullion Depository in Kentucky, commonly called Fort Knox, is where most of the country’s gold reserves are stored.)

The West Point Bullion Depository played an important role during World War II. It loaned silver to military equipment makers, to our Allies and to the Atomic Energy Commission for production of enriched uranium needed to make an atomic bomb. 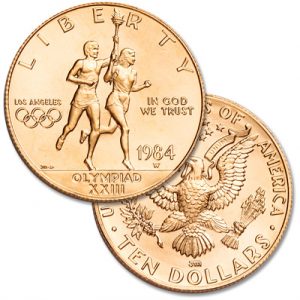 During the 1970s, West Point expanded its duties to producing Lincoln cents and Washington quarters. Bearing no mint marks, these pennies and quarters were indistinguishable from those struck at Philadelphia.

In 1984, while still not an official mint, West Point struck the first U.S. coins with “W” mint marks. Part of a Los Angeles Olympics Commemorative Program, these 1984-W $10 gold pieces were the first legal tender U.S. gold coins issued in over 50 years.

As plans were made for greater coin production at the facility, the West Point Bullion Depository was granted full mint status on March 31, 1988. It now strikes Proof and Uncirculated versions of gold, silver and platinum American Eagles. It also produces American Buffalo gold coins, gold and silver U.S. commemoratives, and other special collector issues including:

Overlooking the beautiful Hudson River on government land adjacent to the U.S. Military Academy, the West Point Mint is listed on the National Register of Historic Places. But you won’t find directions to its location on any government website. You won’t find any informational or welcoming signs in the area. You won’t find any visitors center. And there are no public tours like the other mints…

The nearly featureless 170-foot by 256-foot concrete building with guard turrets on all four corners resembles a garrison or bunker more than a mint. And that’s the way they like it. As a depository for U.S. gold reserves, and the main producer of U.S. gold and silver bullion coins, the West Point Mint continues to store large quantities of precious metals. Visitors are not welcome, and security is extremely tight!

The best way to appreciate this fourth and newest U.S. Mint is through its premium-quality coinage products. Inside that concrete fortress, Proof American Eagles and other stunning gold and silver issues are struck to the highest standards of the coinage art.

Do you have any favorite “W” mint mark coins from the West Point Mint? Please share your thoughts or comments with our other readers.