While a deep dive into history has yet to prove the two did met, it’s clear their respective campaigns for equality and civil rights overlapped, putting them in contact with other 19th century abolitionist and suffragist leaders.

Littleton Coin unveiled Harriet Tubman on exclusively colorized coins and a Federal Reserve Note in 2019. Now that we are celebrating Black History Month, let’s take a look at our newest Presidential dollar that our artists have enhanced in full color to honor a prominent African American woman. 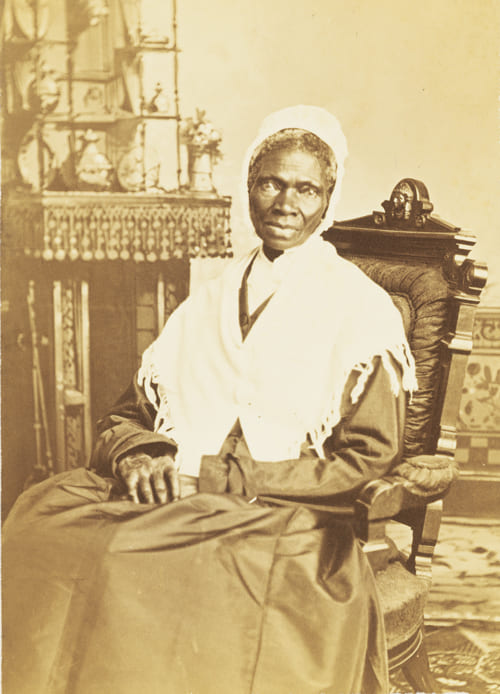 Originally named Isabelle Baumfree, Sojourner Truth was born a slave in 1797 to Dutch-speaking farmers in the Hudson River Valley. Her second owner physically punished her for not knowing how to speak English. Sold three times more, she eventually walked to a nearby abolitionist family who paid $20 for her freedom.

When her son was illegally sold into slavery in Alabama after New York abolished it, she successfully sued for his return. Though her lawsuit was unusual for its time and place, it wouldn’t be the only time Belle, as she was known at that time, was successful in court.

Inspired by the Second Great Awakening’s religious revival, she went to New York City to work as a housekeeper for an evangelist. When the evangelist died unexpectedly, followers tried to shift the blame to her and away from a rival religious leader. After the truth came out, Isabelle went to court to sue for libel in 1835 – and won $125! Then, in 1843, she had an epiphany, changed her name to Sojourner Truth and started preaching in public.

The Move to Massachusetts

A charismatic speaker, Sojourner received the encouragement of abolitionists and suffragists alike. She expanded her causes to include temperance, prison reform and an end to capital punishment. 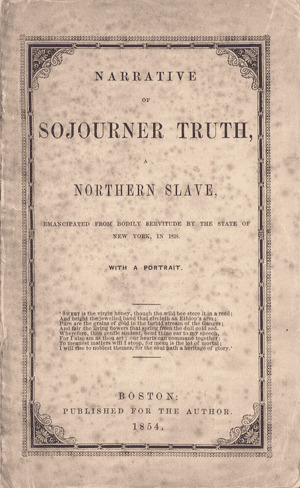 In 1844, she joined the Northampton (MA) Association of Education and Industry. Founded by abolitionists, the organization supported women’s rights and religious tolerance as well as pacifism. While there, Sojourner met such Civil Rights crusaders as Frederick Douglass, David Ruggles and William Lloyd Garrison.

In 1845, she went to work for George Benson, Garrison’s brother-in-law. Because she had never been taught to read or write, she began dictating her memoirs to a fellow suffragist and abolitionist, Olive Gilbert. In 1850, Garrison published The Narrative of Sojourner Truth: A Northern Slave.

But it was Sojourner who received the income from sales of her autobiography. For additional financial support, she sold photo portraits of herself – a popular marketing strategy in an era when photography was proving a valuable tool for promotions. Her explanation? “I sell the shadow to support the substance.” No doubt she sold a few after her 1850 speech at the National Women’s Rights Convention in Worcester, MA.

The following year, Sojourner joined George Thompson, an abolitionist and speaker, on a lecture tour through central and western New York State. Then, in May, she attended the Ohio Women’s Rights Convention in Akron where she delivered a famous off-the-cuff speech on women’s rights. A month later, on June 21, 1851, The Anti-Slavery Bugle of Salem, OH published its version, including this paragraph:

I can’t read, but I can hear. I have heard the Bible and have learned that Eve caused man to sin. Well if woman upset the world, do give her a chance to set it right side up again.

Twelve years later Sojourner’s riveting speech was interpreted with a southern idiom and titled “Ain’t I a Woman?” Modern research has since proven that version to be inaccurate.

Sojourner’s speaking circuit grew to include Michigan. In 1857, she bought a house in Harmonia, west of Battle Creek, and settled with a daughter and two grandsons. When the Civil War broke out, Sojourner helped recruit black troops for the Union Army. 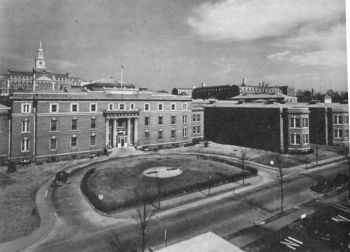 She moved to Washington, D.C. There, she met President Abraham Lincoln in 1864. That same year she went to work for the National Freedman’s Relief Association. After the war, Sojourner worked at the Freedman’s Hospital (right), also in Washington, and helped relocate freed African Americans to Kansas.

When a streetcar conductor violently tried to block her from riding the trolley, she had him arrested. Sojourner subsequently filed a personal injury lawsuit, which eventually led to the desegregation of the capital’s streetcars.

In 1872, she returned to Michigan and a new residence in Battle Creek. Sojourner worked on President Ulysses Grant’s re-election campaign. Though she went to the polls on Election Day to vote, she was turned away. With her health in decline, Sojourner Truth nevertheless continued to travel and speak. At 86, she died on November 26, 1883 and was buried in Battle Creek’s Oak Hill Cemetery. 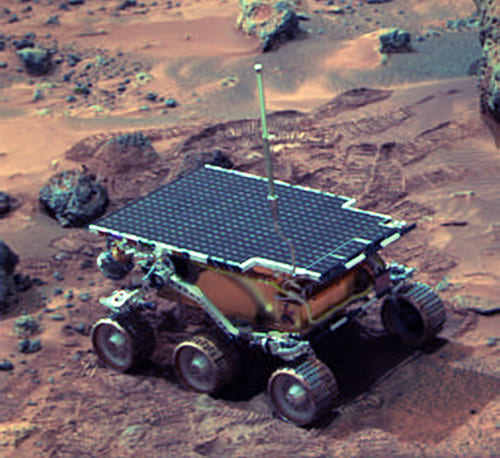 Modern recognition of Sojourner’s achievements occurred in a variety of ways. In 1997, hers was the namesake for the 1997 NASA Mars Pathfinder robot, Sojourner (shown right), and for the asteroid 249521 Truth. In 2009, Sojourner became the first African American woman memorialized with a bust in the U.S. Capitol.

It’s easy to celebrate the remarkable achievements of Sojourner Truth and other Prominent Women in U.S. History. You can sign up for our innovative subscription program for this series colorized on Presidential dollars or on Silver American Eagles. Both come with an illustrated display album with a pocket for the informative story cards that go with each coin, and they also make ideal gifts for students. And, think about our bill to/ship to option if you want to gift this collection to a youngster you know!