In most years, only one person serves as President of the United States. At times, the nation has had two presidents – usually because the people have elected a new one. Although it’s also happened when a president died in office or resigned.

But did you know we have had three presidents in a single year?

It’s true. What’s more, it’s happened not once, but twice. They mark fascinating chapters in American history. But for today, we’ll just look at the first time it happened – and how coin collecting can help you bring the story to life.

Martin Van Buren was on his way out. The New York native had helped create the Democratic Party. He’d been its first vice presidential nominee, under President Andrew Jackson. And in 1836, he was elected America’s 8th president – the first U.S. president born a citizen rather than a subject of the British crown.

But Van Buren’s presidency was far from a success.

First, the nation remained at war with the Seminole Indians of Florida. The long and costly conflict had begun in 1835, when he was vice president. And despite his best efforts, he was unable to resolve it.

Then, in his first year as president, the Panic of 1837 triggered bank failures across the nation. The economy plummeted, and America fell into the greatest depression it had ever known.

Van Buren tried to bring the economy back. But his deflationary policies and freeze on government spending did little to help. To the contrary, many felt they were preventing recovery. In 1840, Van Buren and his Democratic party were voted out of office. 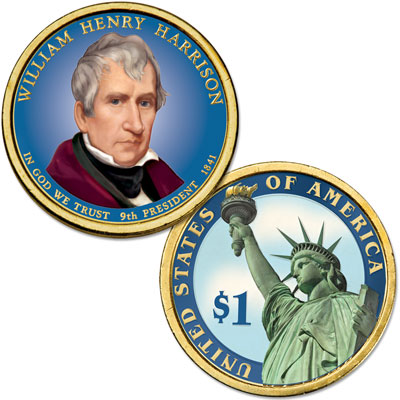 “Tippecanoe and Tyler too…”

William Henry Harrison lost to Van Buren during the 1836 election. But by 1840, public sentiment had shifted in favor back to the Whigs. Harrison soundly defeated his rival, winning 234 electoral votes and 53% of the popular vote.

But don’t let the outcome fool you. It was a hard-fought victory. The Democrats tried to paint Harrison, who was in his sixties, as too old to be president. One newspaper even mocked him by saying that if Harrison were given a barrel of hard cider and a pension of $2,000 a year, he would “sit the remainder of his days in his log cabin.”

Harrison and his supporters upended his enemies’ plans by embracing the imagery. They used it to position him as a man of the people – and the people ate it up. The image of Harrison as a hard-cider drinking, Indian-fighting frontier man sent his popularity soaring. 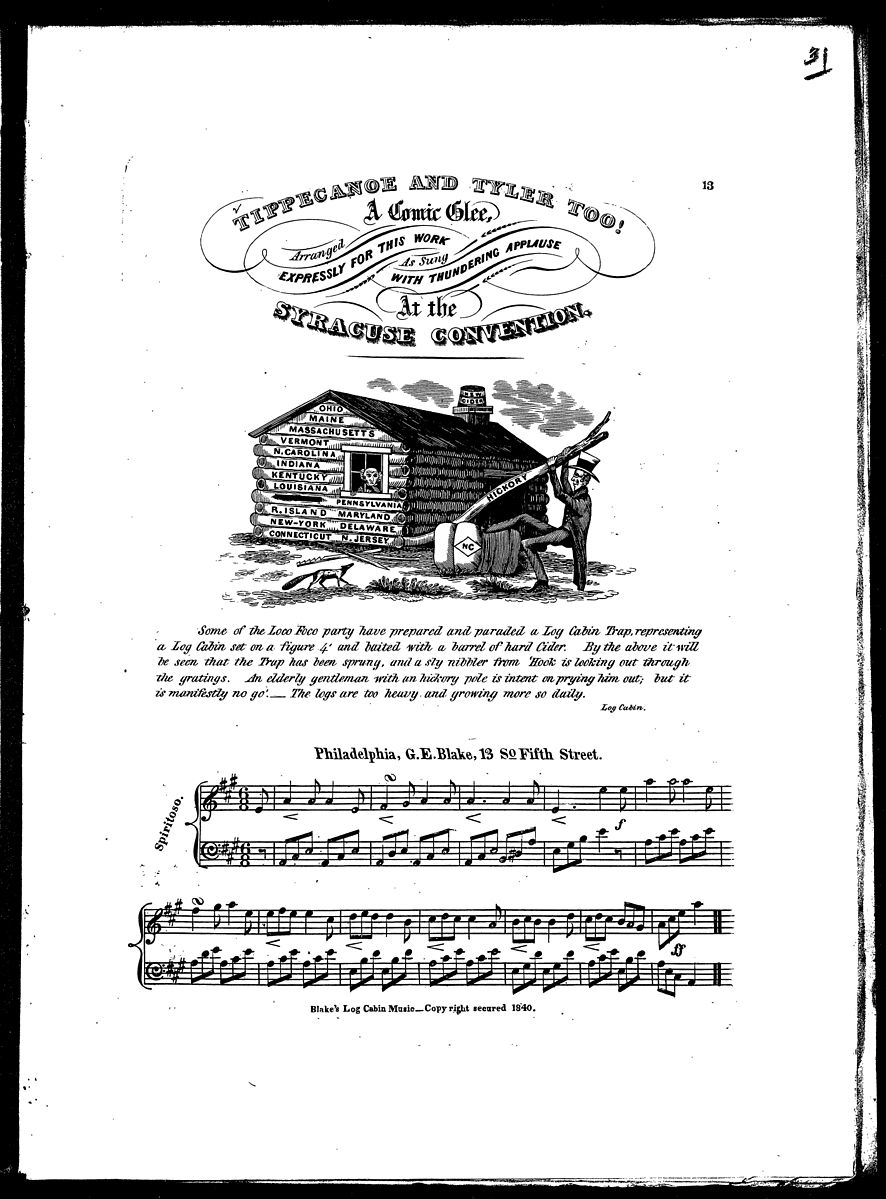 “Tippecanoe and Tyler Too!” sheet music

Pictures of cider and log cabins began appearing on his campaign memorabilia. Including sheet music for “Tippecanoe and Tyler Too,” a popular campaign song that referenced Harrison’s role in the Battle of Tippecanoe against Shawnee leader Tecumseh.

There were even whiskey bottles shaped like log cabins. These were made by the E.C. Booz distillery – and led to “booze” becoming a popular term for alcohol across America.

Didn’t your mother ever tell you…

March 4, 1841 was a bitterly cold, wet and rainy winter day. In spite of this, the newly elected Harrison declined to wear a hat, coat or gloves during his inauguration. What’s more, he spoke for roughly two hours, delivering a speech of more than 8,400 words. It is by far the longest inaugural address ever given by a U.S. president.

Following his address, President Harrison developed chills. By that evening, he had caught a cold… which turned into pneumonia. Doctors tried nearly everything they knew to help the ailing president. Even several Native American treatments. But his condition grew steadily worse.

William Henry Harrison died on April 4, 1841 – just 31 days after he took office. As a result, our 9th president set two records that still stand to this day: the longest inaugural address and the shortest term in office.

Harrison’s death caused something of a conundrum. He was the first U.S. president to die in office. According to the Constitution, Harrison’s vice president, John Tyler, would assume the duties of the president.

However, how he would do so was uncertain. The process would not be clarified until ratification of the 25th Amendment more than a century later, in 1967.

Some felt the office of president should remain vacant. They argued Tyler should execute the duties of the president, but retain the title – and salary – of vice president. Others felt he should ascend to the presidency in full. 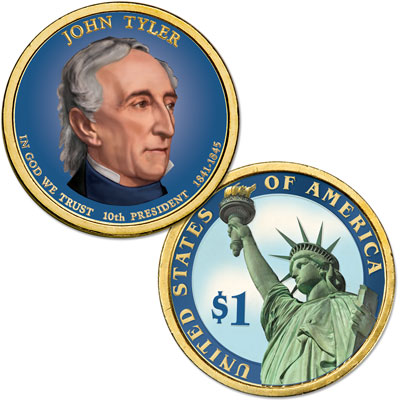 The latter won the debate. On April 6, 1841, John Tyler became the 10th President of the United States – giving us three U.S. presidents in a single year.

Tyler completed Harrison’s term of office, serving as president from 1841-1845. His presidency was marked by both great accomplishments and great controversy. He briefly ran for re-election as a third-party candidate, but found little support.

In his later years, when the Civil War erupted, Tyler was even named traitor to the Union. He infamously voted in favor of Virginia’s secession and was elected to the Confederate House of Representatives. But he is perhaps best known for being the third of three U.S. presidents to hold office in 1841.

One of the great joys of coin collecting is the way it brings history to life. And this fascinating story is, of course, no exception.

Finding coins or notes from 1841 can be difficult. But you can easily obtain Martin Van Buren, William Henry Harrison and John Tyler Presidential dollars – including special coins exclusively colorized by Littleton’s artists.

These coins are a great way to remember the “Year of Three Presidents.” As well as a wonderful way to introduce a child or grandchild to the exciting world of coin collecting!