“I see a lot of unusual items, but did a double-take on these notes…”

I was sitting at my desk a month back when I was handed a new purchase to look at. It was a stack of Civil War 50 cent notes from series 1864. Now, we do get Civil War notes from time to time, but we hardly ever get a full pack. I did a double take. The deep pink color in the background really popped and the detail was just great. 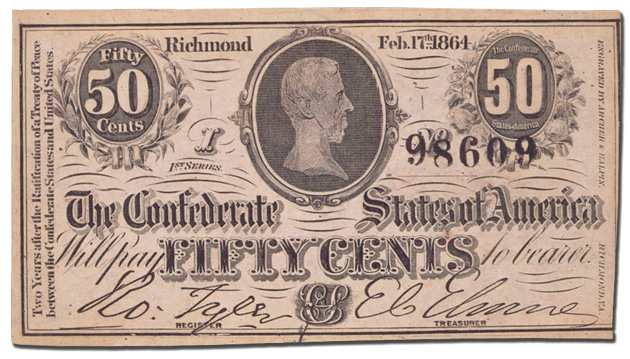 Being a history buff, I was captivated by them (this happens to me a lot!). To see all the detail, the color, the design itself… it transports you to another time.

As I do with all the items I buy and grade, I started thinking about when these notes were made and what was going on back then. These notes came from one of the most tumultuous times in our country’s history and are really an important part of Americana. The Confederate States may not have existed very long (1861-1865), but they certainly left their mark. The Civil War was the deadliest war in our nation’s history, over 620,000 Americans died compared to 644,000 in all other foreign conflicts after the Civil War combined. You just have to stop and think about those numbers and their impact on society back then. Odds were every citizen would have known someone involved in this conflict. 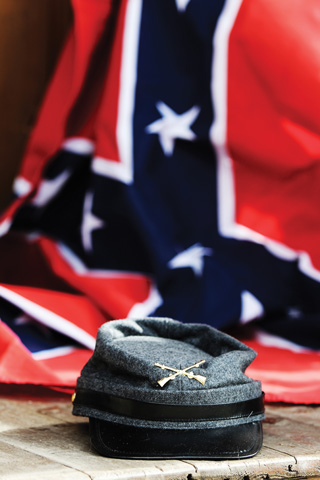 These notes date back to the Civil War!

Plus, these notes themselves – 50 cent notes – were a pretty important denomination during the war. Confederate soldiers only made about eleven dollars a month, often going long stretches without pay at all. This note would have been pretty coveted in a soldier’s pocket. Unfortunately, poor financial decisions and other factors caused the currency to drop in value. By April 9, 1865 when General Lee surrendered the last major confederate army to Ulysses S. Grant at Appomattox courthouse, it was trading at 1.6 cents on the dollar! Imagine watching the value of your money just disappear. It really puts some perspective on modern day inflation.

From a collectability perspective, these notes are truly desirable and historic. In addition to their age and condition (lightly Circulated to Uncirculated) these series 1864 and the 50 cent note of 1863 were the only Confederate Notes to have printed signatures rather than being hand signed. All of the larger denominations were hand signed in an attempt to prevent counterfeiting.

We’ll be grading these beauties in the next couple of weeks. Then, I’ll be working to get them into inventory. Once we do, we’ll offer them in an upcoming catalog. So keep your eyes out for these beautiful pink notes from the Confederacy.