Without a doubt, I think the most mispronounced name in numismatics (besides the word numismatics itself!) is Sacagawea Dollar. 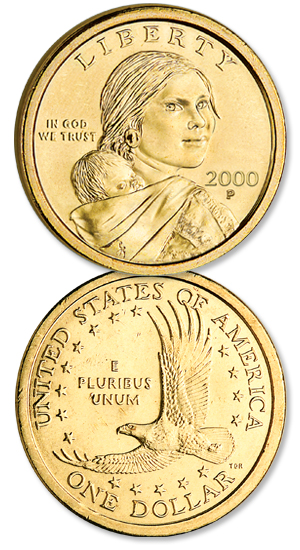 There’s long been confusion about how to pronounce Sacagawea’s name. In the Shonshi language Sacajawea has a soft ‘ja’ sound, but many experts think her Hidatsa captors pronounced it with a hard ‘g’ because there is no ‘j’ in the Hidatsa language.

In 2000, the US Mint released the first Sacagawea Dollar into circulation. The obverse side of the coin showed a bust of Sacagawea, along with a baby in a papoose on her back. For those who aren’t history buffs, Sacagawea was the Native American woman who as a guide and interpreter was integral to the success of Lewis & Clark’s journey to the west coast of America in the early 1800’s.

While the Sacagawea Dollar did not catch hold in circulation, it did become quite popular among collectors, with one small problem… many people – both collectors and non-collectors alike – have a hard time saying the name.

Don’t get me wrong – when the coin was first released, many of us could barely pronounce it correctly. It’s a tough name! But after saying it over and over, day after day, I think we’ve all finally mastered it.

So I thought I’d share with you some of my favorite mispronunciations of “Sacagawea.” Some are very close to correct, but most sound like they come straight from the Muppet Show!

Our neighbors to the north may or may not be happy that many Americans will refer to it as the “Saskatchewan Dollar” or even the “Saskatoon Dollar.” Sorry to disappoint, but these coins come from the U.S. Mint and have nothing to do with the Great White North of Canada.

During their journey, Lewis & Clark didn’t really travel anywhere near Michigan, yet many people still think it’s a “Saginaw Dollar.”

From what I’ve seen, she was an attractive woman and certainly not the hairy beast you conjure in your head when someone asks for the “Sasquatch Dollar.”

It’s impressive sometimes how far people will go to make the effort. Most of these are what I call the “Close, but no cigar” examples.

I’ve heard “Sacagawee” (oooh so close!), “Sacagewah” (darn, missed again!) and “Sasquaw” (I’m convinced that one is a combination of Sasquatch and Squaw!). One in particular that made me laugh out loud was “Sacajesus.” 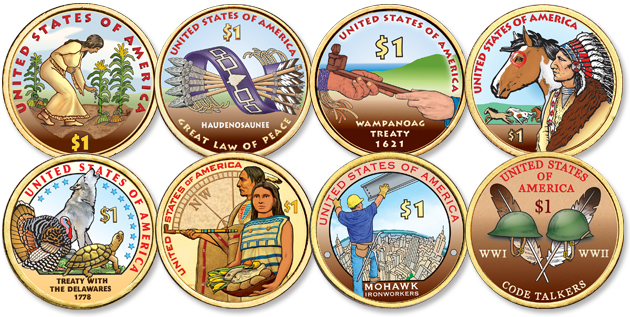 Finally we get to that group of people who have just given up all hope of saying “Sacagawea” correctly. There’s only one route for these folks. They’ve accepted their defeat. They just sigh heavily and say “you know, that Native American lady!”

In 2009 the US Mint changed the name of the Sacagawea Dollar to the Native American Dollar. I know lots of people who were mighty glad they did!