You’re probably familiar with the names of U.S. presidents, but did you know over 30% of them were leaders on the battlefield before serving in the White House? Two soldier/statesmen that you may be aware of are George Washington and Dwight D. Eisenhower – whose military and political careers feature some interesting similarities…

“The Father of his Country” 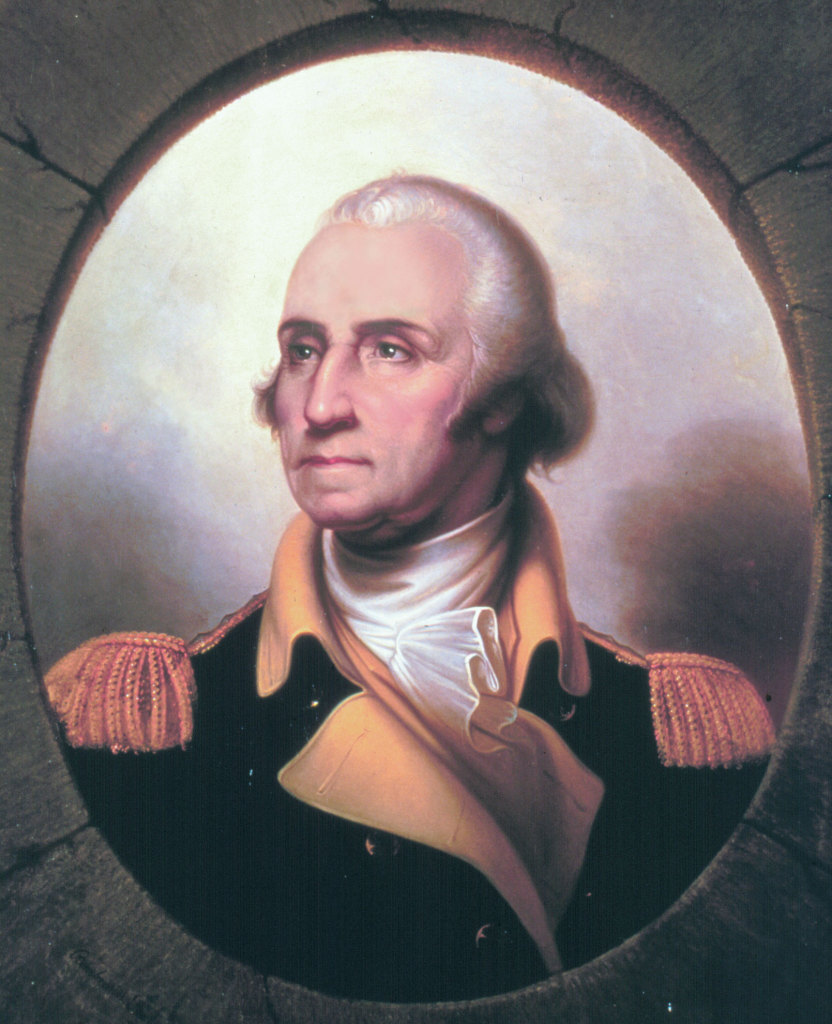 George Washington, depicted on Washington quarters of 1932-date and the first of the Presidential dollars issued in 2007, served as commander in chief of the fledgling Continental Army during the Revolutionary War. His military leadership was put to its greatest test during December 1776, when circumstances nearly brought the American Revolution to an early end. Encamped in eastern Pennsylvania, Washington’s troops were exhausted, cold and poorly equipped. Discouraged from recent defeats, their enlistments were due to expire at the end of the month. Something had to be done, and despite miserable weather, General Washington decided to launch a surprise attack on Christmas night against Hessian forces across the Delaware River in Trenton. His troops captured the Hessian garrison and critical military supplies, then proceeded to defeat British reinforcements at Trenton and Princeton a week later before settling into winter quarters. His soldiers celebrated their victories and renewed their enlistments, Washington’s role as commander in chief was secured, and Congress renewed its enthusiasm for the war and funding to pay and equip the army.

When independence was achieved after six grueling years of war, George Washington longed to retire to his beloved Mount Vernon farm. But the nation needed a new constitution, and Washington was unanimously chosen president of the 1787 Constitutional Convention that drew up the historic document. After ratification of the U.S. Constitution by the states, George Washington yearned again to retire, but he served his country for 8 more years after he was chosen by the Electoral College to become first president of the United States. 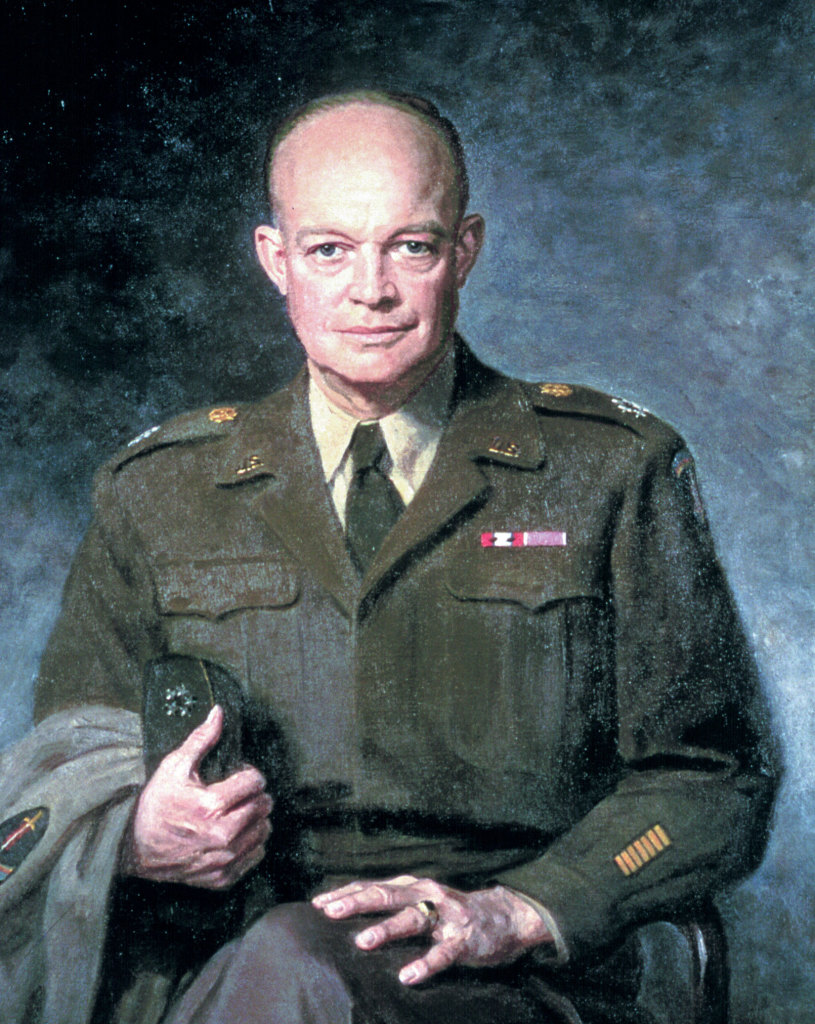 Dwight D. Eisenhower, honored on 1971-1978 Eisenhower dollars, on a 2013 commemorative silver dollar, and on the second 2015 Presidential dollar, had a military and political career that recalls George Washington’s wartime leadership and reluctant but dedicated presidency. As Supreme Allied Commander in Europe during WWII, General “Ike” Eisenhower planned and directed the Allied invasions of North Africa, Sicily and Italy – before coordinating the pivotal D-Day invasion of western Europe. Codenamed Operation Overlord, it required the organization of vast numbers of Allied troops, nearly 7,000 naval vessels, and more than 11,500 aircraft in southern England – while keeping the location and timing of the invasion an absolute secret. Despite bad weather and churning surf, the Normandy invasion on June 6, 1944 was a success – opening a second front against the Germans and turning the tides of war in favor of the Allies.

After directing the Allied push to victory in Europe, and commanding NATO occupation forces during the post-war era, Ike retired from the military to find that both political parties wanted him as their presidential candidate in 1952. It took lengthy efforts to convince the reluctant candidate that there was a mandate from the American people for him to run, but Ike accepted the GOP nomination and defeated Democrat Adlai Stevenson in an electoral landslide, 442-89, as more than 55% of voters said “I like Ike.”

Many others served on the battlefield 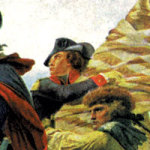 Many other U.S. presidents, featured on Presidential dollars of 2007 to date, served their country bravely on the battlefield before taking office in the White House. Fifth president James Monroe was gravely wounded as an officer in the Battle of Trenton during the Revolutionary War in 1776 (in the famous painting Washington Crossing the Delaware, Monroe is depicted holding the American flag). 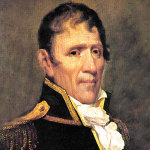 During the War of 1812, sixth president Andrew Jackson became a national hero as a major general when he defeated the British in the Battle of New Orleans, while 9th president William H. Harrison was victorious over British forces as a brigadier general in the Battle of the Thames. Before serving as 12th U.S. president, Zachary Taylor was a career U.S. Army officer who became a national hero by defeating General Santa Anna in the Mexican-American War in 1847.

Military leaders during the Civil War 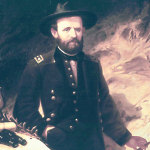 Several presidents served in the Union Army during the Civil War 150 years ago. Union General-in-Chief, and later 18th president, Ulysses S. Grant had several major victories before accepting Confederate General Robert E. Lee’s surrender at Appomattox Court House signaling the end of the war. The 19th U.S. president, Rutherford B. Hayes, served as a colonel through most of the Civil War, while 20th president James Garfield led Union forces as a major general. The 21st president, Chester A. Arthur, was a quartermaster general in the Civil War, and 23rd president Benjamin Harrison attained the rank of brevet brigadier general.

Soldiers of the nation’s second century 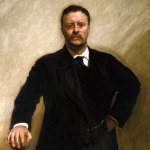 Before serving as 26th president, Theodore Roosevelt led the Rough Riders’ heroic charge up San Juan Hill in Cuba during the Spanish-American War. The 33rd president, Harry Truman, served in Europe as an artillery commander during WWI, and the 35th president, John F. Kennedy, commanded a PT boat during WWII that was rammed and sunk by a Japanese destroyer. Though aggravating a previous spinal injury, Kennedy led the survivors on a treacherous 3-mile swim through hostile waters to a remote island – towing one wounded sailor by clenching the man’s life jacket in his teeth.

For many who have served in our nation’s highest office, the presidency is the culmination of a lifetime of public service – fittingly honored on popular Presidential dollars of 2007-date and in Littleton’s Presidential Dollars Collection web page.

Do you enjoy collecting coins featuring military leaders or U.S. presidents? Why not share your collecting goals and interests with other coin enthusiasts!