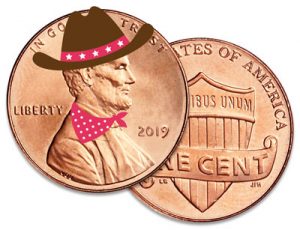 April Fool’s Day brings to mind pranks and tricks. And coins are among the most used items for tricks by amateur and professional magicians alike. So they have a lot in common!

Coins you can’t pick up!

One of the most used coin pranks on April Fool’s Day is to “superglue” coins to a floor, or a sidewalk, or a parking lot. Then to watch people try in vain to pick them up! Another April Fool’s prank is to leave pennies in various places where they’re easily noticed. And then watch the reactions of people who come upon them!

Coins are tools for many magicians!

Of course, magicians can do all sorts of tricks with coins. Make them disappear. Move them “magically” from one hand to the other. Make them appear out of thin air. Or behind someone’s ear. They mysteriously change pennies to dimes. Or nickels to quarters. There are entire books explaining coin tricks for aspiring magicians! 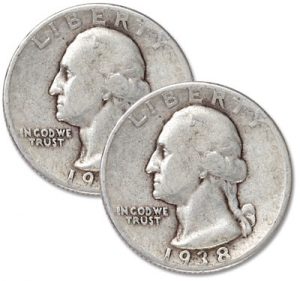 Some clever craftsmen have created folding coins, bendable coins, squeezable coins, and even edible coins! Because real coins are legal tender, with real buying power, the temptation to make counterfeit or altered coins is great… 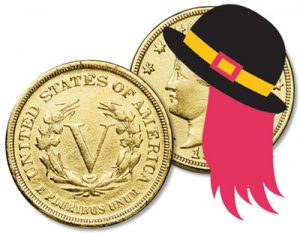 Nickels have been “doctored” for well over a century. When Liberty Head nickels debuted in 1883, they displayed a large Roman numeral 5 (V) on the reverse. But did not bear the word “cents”…

Because the Liberty design was very similar to $5 gold pieces, con men gold-plated some Liberty Head nickels and passed them off as $5 gold coins! So the word “cents” was soon added to the reverse design – creating the popular, short-lived 1883 “No Cents” or “Without Cents” nickel! 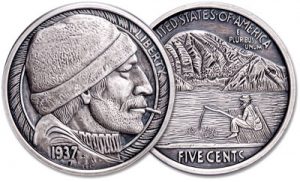 The Indian Head on the obverse was often changed into the image of a hobo. This earned altered nickels the nickname “hobo nickels” – whether or not the re-carved images depicted hobos. The buffalo on the reverse could be reworked into a different animal, or mountains, or some other image. Littleton offers a 1 oz. silver round depicting a fisherman and recalling the popular Depression-era “hobo nickels.”

The day of tricks and pranks is here!

Coins have long been altered – to entertain, deceive, and for other reasons. Keep alert on April Fool’s Day… Who knows what coin tricks or pranks may be conjured up by family, friends or fellow workers!