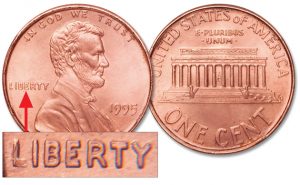 As Felix Dausilio, a school custodian and Connecticut collector, searched the two rolls of Lincoln cents he purchased, he had little idea that the coin he’d find would ignite a collecting frenzy. Dausilio didn’t find just any old cent, he found a 1995 Doubled Die Obverse Lincoln cent with strong doubling on liberty!

The story of this circulation-find spread through the news like wildfire! It had been more than 20 years since the last doubled die obverse coin was discovered – the 1972 Lincoln cent. Soon collectors and the public were searching pocket change, rolls and bags hoping to discover this popular treasure! Like the 1972, and the one before it – the 1955, the 1995 Doubled Die Obverse was struck at the Philadelphia Mint. And, because of this, most of the discoveries of the new, exciting double die error happened first in the East and gradually spread west. By mid-April, Kenneth Bressett, editor of the “Red Book,” A Guide Book of United States Coins, was saying he’d include the 1995 Doubled Die Cent in the 1996 edition. 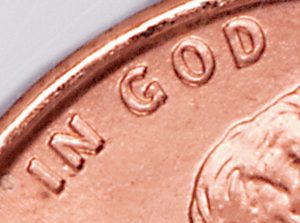 This collector prize was the result of a slight malfunction in the minting process… The working hub creates the dies used to strike the coins. It takes several impressions of the hub to form the image on the steel die. But if the hub pivots slightly in relationship to the partially completed image, it can cause doubled lettering, like that seen on the 1995 cent. There liberty is strongly doubled along with the first three words of the motto in god we trust. And, it was the doubling that caught Felix Dausilio’s eye as he searched his rolls in February.

After his find was displayed at the ANA Baltimore show, the USA Today picked up the story and soon everyone was checking their pocket change, buying rolls of pennies and hoping to find this special doubled die cent. These spectacular 1995 Lincoln doubled die obverse cents may very well be the last of their kind, because by 1997, the Philadelphia Mint began producing coins using the “single-squeeze” hubbing method instead of multiple strikes. For collectors today though, this 1995 issue is affordable in Mint State because so many were found shortly after their release and set aside. In fact, this coin is so popular it’s listed as #56 in the 100 Greatest U.S. Modern Coins. And, who knows if you have patience and sharp eyes you may find one in circulation.