Wow! How did that happen?
For collectors who always wondered what created those crazy errors!

Brockage, clips or clad layer missing… all distinctive errors…all offering a behind-the-scenes look at the somewhat secretive inner workings of the U.S. Mint and the coin making process. Last month I introduced you to Error Coins, and this month, I thought I’d share how some of those spectacular errors are made.

The coining process evolved from using hand held dies and casting coins, like Chinese issues, to mechanized and automated minting with presses that struck thousands of coins an hour. The heyday of error collecting began in the late 1940s – early 1950s. With increased automation, fewer people looked at coins, so more errors slipped through and made their way to collectors. And later, when the 1955 Doubled Die cent made the news, the field of error collecting took off. Nowadays sophisticated presses and sorting machines catch the majority of errors before they ever escape the mint. But that doesn’t mean the eagle-eyed collector is out of luck – there’s plenty out there just waiting to be found. So what follows is a sampling of interesting errors and how they occurred, arranged by P, D & S (planchet, die and strike).

Coin blanks (or planchets) are circular disks punched out of large sheets of metal and then prepared for coining. Because millions are used to strike coins, it is easy for them to become lodged in a bin while being moved from one location to another. 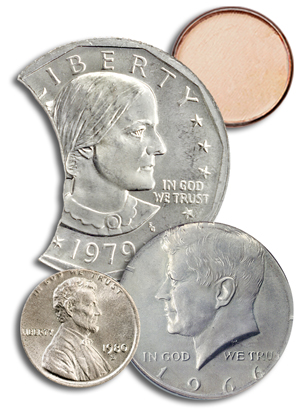 Incomplete planchets – nicknamed “clips,” these are incomplete planchets that are struck from a piece of coin strip that has already been used to punch out a planchet. This happens when a problem with the blanking press fails to move the strip forward. The 1999 Susan B. Anthony here is an error with a 35% Curved Clip (the percentage refers to the amount of missing metal).

Once a coin design has been approved, it is eventually transferred to a master hub, which is then used to create the master die. Die varieties or errors are a result of flaws or changes to the die. Every coin that is struck, using the flawed die, carries that imperfection or change. Some examples are clashed dies, doubled dies, overdates die cracks, and more. 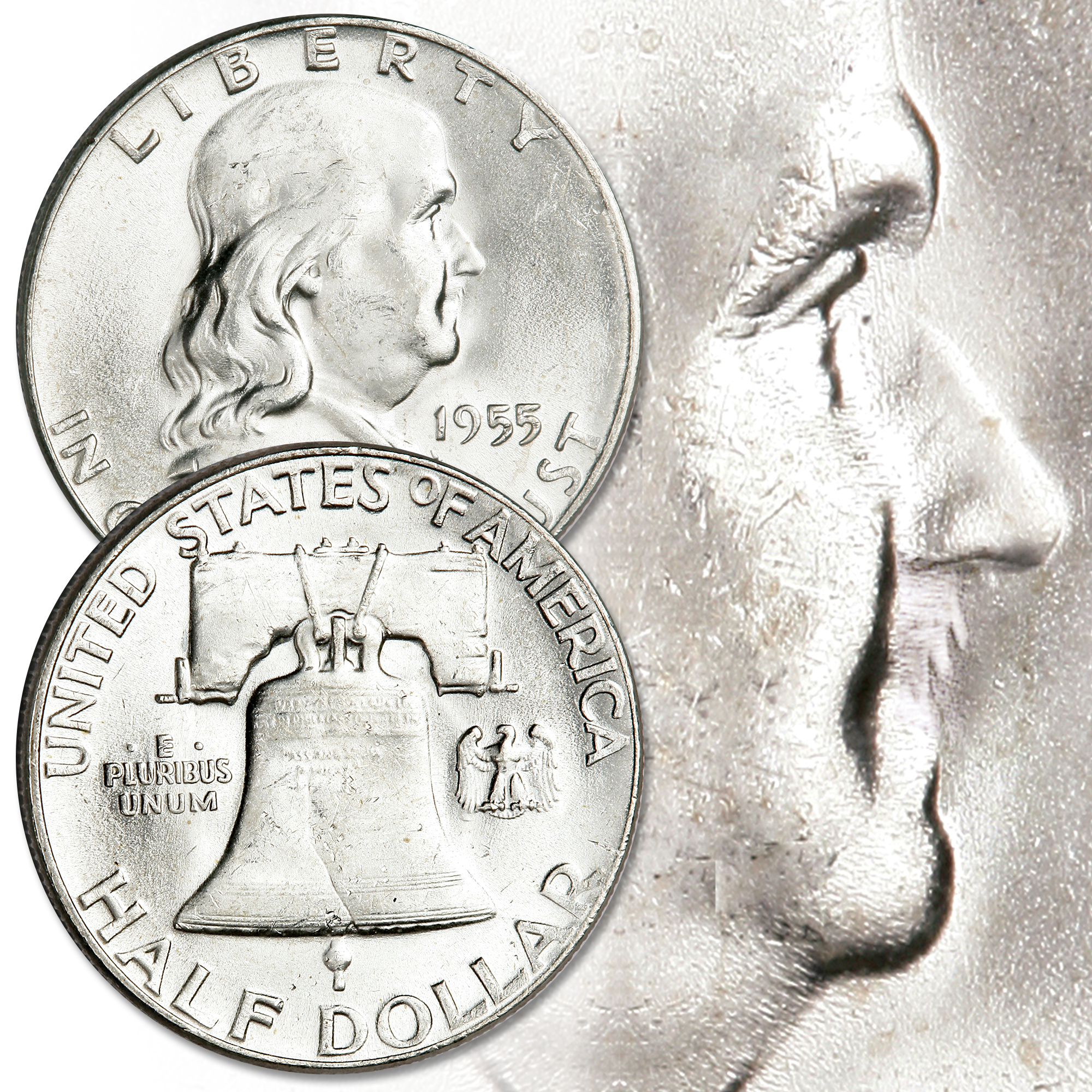 Called a die clash, this die error occurred when the obverse and reverse dies hit each other without a planchet in between. The clash caused design details from the reverse to be impressed into Franklin’s lips creating what appears to be fang-like “buck teeth” – hence the nickname Bugs Bunny. 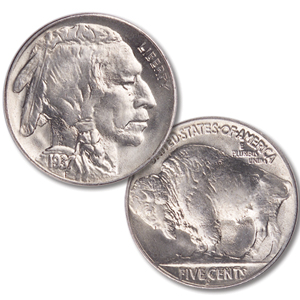 Dies clashed during production of the 1937 Buffalo nickels in Denver. Usually the mint discards damaged dies, but because of a tight production schedule, a press operator tried to remove the clash marks by using an emery stick. Instead of fixing the problem, he removed the lowest part of the design on the buffalo’s foreleg, creating the sought-after 1937-D 3-legged Buffalo nickel.

Striking errors are some of the most visible and prized minting errors produced. Because they are so dramatic, they are more easily spotted by officials and caught before they leave the mint. These errors happen to the planchet as it passes through the striking chamber of the press. Some examples are Capped Dies, Mated Pairs, Broadstrike and Double Strikes. 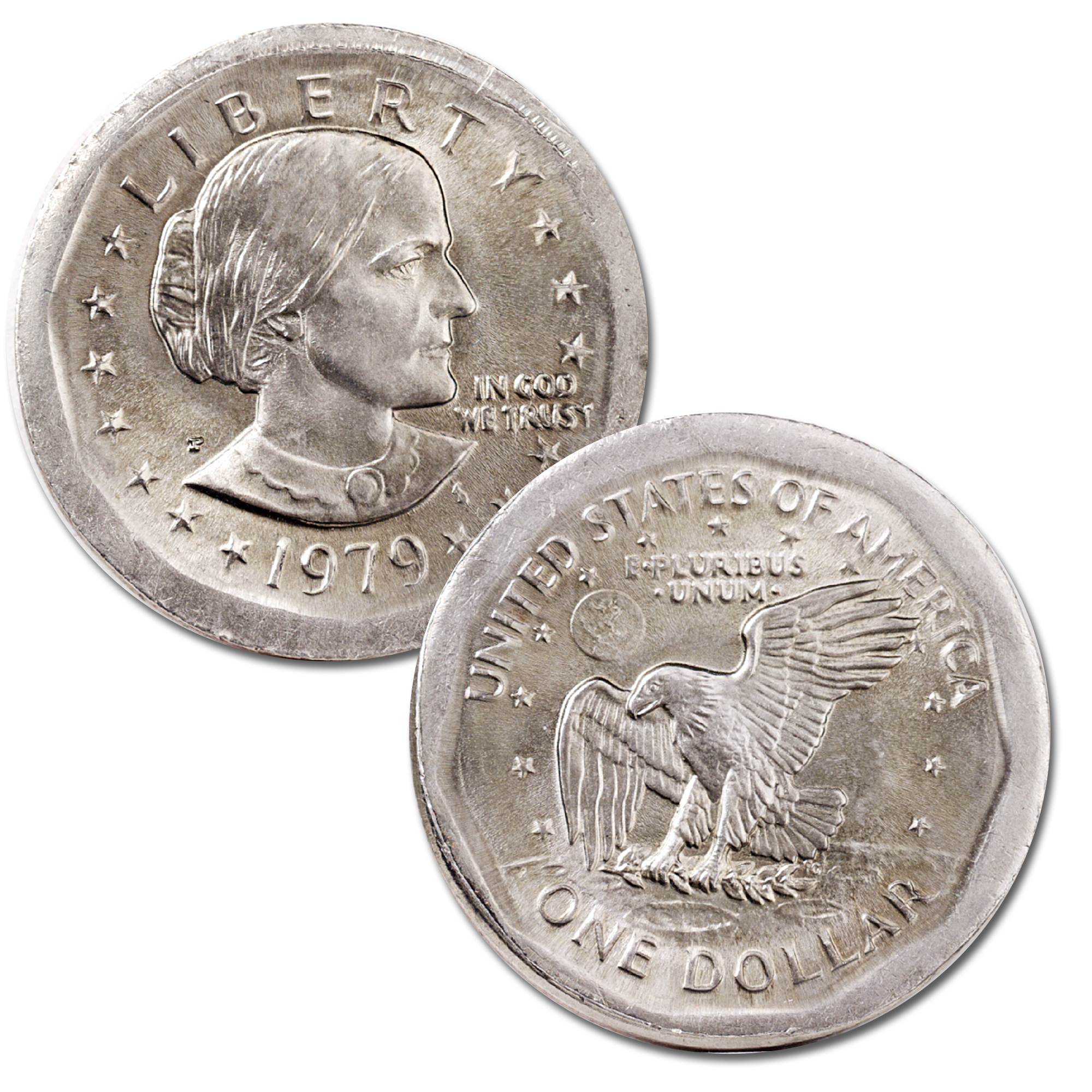 Broadstrikes – occur when the collar that holds the coin planchet jams during striking. The dies strike the planchet, but because the collar that holds it in place isn’t around the planchet, the metal flows outward. This happens because of the tremendous pressure exerted by the presses. A coin is created that has all designs of the denomination, but it is larger in diameter than the normal coin.

Mated Pairs – are very dramatic and rarely leave the mint. These puzzle-like looking errors occur when a fully struck coin fails to eject and a new planchet enters. The new planchet lands partly the already struck coin and both are struck, becoming bonded or fused together.

This dramatic set of Jefferson nickels are a mated pair

As you can see, collecting errors is fun and makes a great way to add some spectacular looking coins to your collection. Do you have a favorite error? Or, do you have some tips to help others? If so, please share them. I’d love to see your coins and hear about your tips.