One hundred years ago on January 17, 1920, it became illegal to make, transport or sell “intoxicating liquor.” The 18th Amendment prohibiting these activities was ratified a year earlier on January 16, 1919. To avoid shutting down an industry without warning, the Amendment went into effect “after one year from the ratification of this article.” 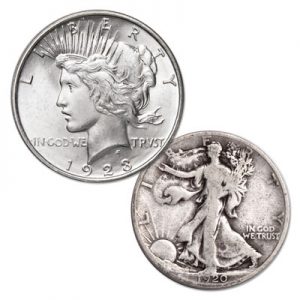 The 18th Amendment also called upon Congress to pass enforcement laws. This created the National Prohibition Act, enacted on October 28, 1919 over the veto of President Woodrow Wilson. Championed by Andrew Volstead – chairman of the House Judiciary Committee – it is commonly called the Volstead Act.

The Act defined “intoxicating liquor” as anything containing one half of 1% alcohol by volume. So it included beer and wine. But there were loopholes. It allowed the sale of alcohol for medicinal, sacramental and industrial purposes. Many of these “special-use” sales simply ended up with thirsty citizens who had Peace silver dollars or Liberty Walking half dollars to spend on alcoholic beverages.

The origins of Prohibition 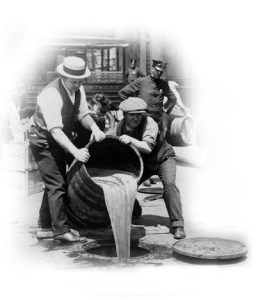 The anti-alcohol movement began during the mid-19th century. Maine passed the first state prohibition law in 1846. The Prohibition Party was established in 1869. And temperance gained support in the later 1800s from reformers who blamed alcohol for poverty, industrial accidents, family break-ups, criminality and political corruption.

Groups including the Women’s Christian Temperance Union and the Anti-Saloon League became powerful crusading forces. One prominent crusader, Carrie Nation from Kentucky, resorted to violence against “evil spirits” in addition to protest speeches. Nation was known for smashing saloon windows and mirrors, and destroying kegs of beer and whiskey with a hatchet. Arrested several times, she became a household name across the country.

The 18th Amendment and the Volstead Act were more easily passed than enforced. Doctors were allowed to prescribe alcohol for “medicinal” purposes, and to purchase it for “laboratory” use. Many physicians profited handsomely by purchasing and secretly selling alcohol during Prohibition. The sale of “sacramental wine” also rose significantly, and clergy of all faiths emerged and multiplied. 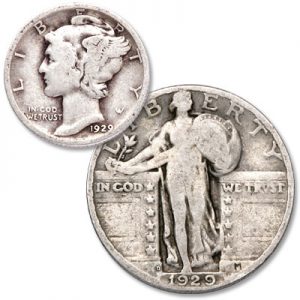 The problem was that many Americans still wanted alcoholic beverages and were willing to pay for it. Some were happy with consumption at home, while others wanted nightlife and entertainment. Where there once were bars and saloons, there now were illegal drinking dens known as “speakeasies” and “blind pigs.” As Mercury silver dimes and Standing Liberty silver quarters purchased drinks at illegal bars across the country, these establishments proliferated – numbering over 200,000 by 1929.

Many mom-and-pop moonshiners made small batches of liquor in their kitchens with one-gallon copper stills called “alky cookers.” Larger moonshine operations in big cities and secret back woods locations could produce 50-100 gallons a day. Much of this homemade liquor was foul tasting, so speakeasies flavored it up with bitters, soda pop, juices and fruit garnishes.

Smuggling liquor into the country

Name-brand liquor from outside the country was in great demand. So smuggling it in was big business. From Canada and Mexico, horse-drawn wagons loaded with booze were driven through desolate mountain passes. Boats laden with liquor slipped across the Great Lakes or St. Lawrence River or Rio Grande under cover of darkness. 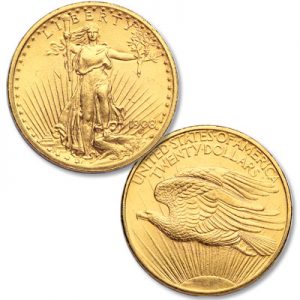 Large boats would bring foreign-made liquor to the edge of U.S. jurisdiction along the coasts. This became known as Rum Row. The booze was then put on smaller, faster boats which could outrun Coast Guard ships and dock in any small river or town. The greatest Rum Row activity was off the New Jersey coast, where as many as 60 ships were seen at one time. Much of this liquor came from two French islands off Newfoundland, Canada.

The Gulf of Mexico also teemed with ships and boats carrying liquor from Mexico and the Bahamas to the Texas, Louisiana and Alabama coasts. These operations kept southern speakeasies supplied with tequila and rum. Saint-Gaudens $20 gold pieces paid for many of these large illegal shipments.

Al Capone and other gangsters

Bootlegging was the leading factor in organized crime-rings that developed in large cities during the 1920s. Many profitable gangs controlled every aspect from brewing and distilling to speakeasies and restaurants where the liquor was consumed. The most notorious gangster was Al Capone, believed responsible for Chicago’s St. Valentine’s Day Massacre in 1929 when seven men in “Bugs” Moran’s rival gang were shot and killed.

Poorly paid federal agents and policemen were susceptible to corruption, as were judges and politicians. In Chicago, it was claimed that half the police force was on gangster payrolls. And in New York City, some 7,000 arrests under the prohibition laws produced only 17 convictions. A number of states and cities simply forbade the police from investigating breaches of the Volstead Act. And enforcers of the law were unpopular in many jurisdictions.

A lack of public will

Prohibition resulted in so much organized crime and corruption the laws had little support. Millions of Americans were illegally making or consuming alcohol. Billions of dollars in excise taxes from liquor sales were lost by states as well as the federal government. And over 1,000 Americans died each year during Prohibition from drinking tainted liquor.

Prohibition was meant to foster alcohol temperance and abstinence. Instead, the 1920s became a decade of intemperance and excess. Prohibition laws and new social freedoms clashed badly during the Roaring Twenties.

Repeal of the 18th Amendment 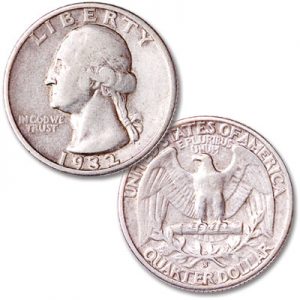 Opposition to Prohibition was strongest in urban and northern areas, and weakest in rural areas and the South and West. The Great Depression that followed the stock market crash in 1929 further weakened the case for Prohibition. When Franklin D. Roosevelt was elected president in 1932 during the depths of the Depression, he said, “What America needs now is a drink.” That same year marked the bicentennial of George Washington’s birth and the debut of the Washington quarter.

The 21st Amendment, ratified on December 5, 1933, repealed the 18th Amendment and voided the Volstead Act. Control of alcohol became a state rather than federal issue. And a few states remained “dry” for years.