One of the most common mistakes coin collectors make is assuming that ancient coins are expensive to collect. And at first glance, it only seems logical.

Ancient coins are far, far older than coins issued in the modern era. Struck by hand thousands of years ago – sometimes in long-vanished nations and empires – they often recall famous figures and events. Plus, they have an almost magical allure, bringing history to life in a way few other coins can achieve.

But reality is often very different from expectations. And with ancient coins, this works in the coin collector’s favor.

Rather than being too expensive for most collectors, ancient coins are often surprisingly affordable. That’s because the value of a coin – especially an ancient coin – is determined by a variety of factors. Including…

How old is the coin? 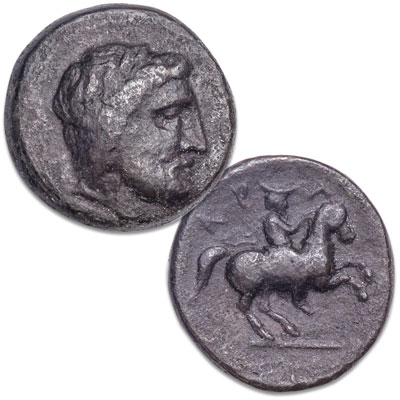 Obviously, it would be a mistake to think a coin’s age doesn’t impact its value at all. It does. But just how much age affects value can be tricky. While coins tend to increase in value as they age, some are worth far more than others issued hundreds, even thousands of years earlier.

For instance, this 400-344 B.C. Bronze Horseman coin from the city-state of Krannon in Thessaly – land of mythical Centaurs and birthplace of the legendary Greek hero Achilles – was struck over 2,300 years ago. But it’s priced well within the reach of most collectors.

Who issued the coin?

Where a coin was issued, and by whom, can also be a major factor in determining an ancient coin’s value. Was it issued from a historically important nation or empire? Struck under a famous – or infamous – ruler? You can probably expect to pay a bit more. 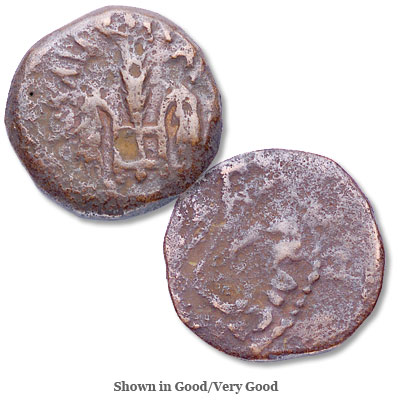 However, that doesn’t mean you should give up on adding ancient coins tied to major historical people, places and events to your collection. If a gold or silver coin is too expensive, a bronze coin can make an affordable alternative.

This A.D. 26-36 Bronze Prutah was issued under Pontius Pilate, whom the Bible records reluctantly sentenced Christ to be crucified on the cross. Yet despite its age, history and religious significance, it’s surprisingly affordable in Very Good condition.

What is its composition?

The metal the coin is struck in plays a role in its value. Gold and silver are more precious than copper and bronze. So with higher intrinsic values, it makes sense gold and silver coins – ancient or modern – typically cost more than their base-metal counterparts.

Not every silver ancient coin is high priced, however. If you’re looking for an affordable ancient silver coin, check out this A.D. 780-793 Silver Hemidrachm from Tabaristan. Located along the shores of the Caspian Sea, this region of Persia grew and thrived as Rome declined.

How desirable is the coin? 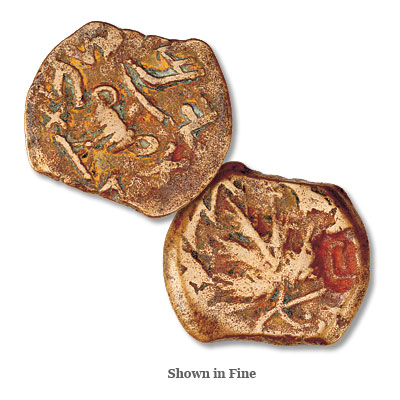 Coin’s that feature attractive designs or popular themes tend to be more sought after by collectors, as do those that recall important events in history. But that doesn’t mean they’re unattainable.

Take this A.D. 66-70 bronze coin, for example. It was struck during the First Jewish Revolt, which was sparked when Rome’s infamous emperor Nero confiscated money from the Jewish temple in Judea.

Similarly, how desirable is the condition of the coin?

While About Uncirculated and Uncirculated ancient coins can be both hard to find and expensive to purchase, specimens in lower grades can be attractive alternatives. Genuine or Average Circulated coins are often quite affordable. And those graded Good to Very Fine can offer a nice balance of condition, detail and price.

What are the coin’s supply and demand?

Two of the biggest factors in pricing ancient coins are supply and demand. Issues with few surviving specimens will command higher prices, as will those most sought after by collectors. But even highly desirable issues can be affordable if the number of coins available is greater than the number of collectors seeking to add them to their collections. 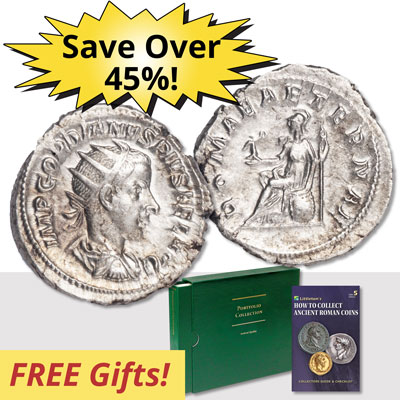 Recall the glory and grandeur
of the Roman Empire with Littleton’s
Golden Age of Rome Coin Society!

And frankly, that’s perhaps the greatest reason of all why ancient coins are often more affordable than you’d expect.

Maybe it’s due to the perception that ancients are expensive. Or it might simply be collectors today are more drawn to modern coins. But whatever the reason, the fact is fewer people collect ancient coins.

Which isn’t necessarily a bad thing – at least, not for those of us who love the history and allure of ancient coins!