Seventy-five years ago in 1945, Japan laid down its arms on August 14th and officially surrendered on September 2nd. It marked the end of WWII, and September 2nd has been celebrated ever since as V-J Day (Victory Over Japan).

The deadliest war in history 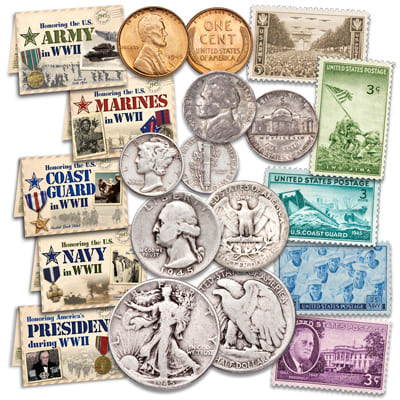 World War II was the deadliest war ever fought, claiming the lives of an estimated 70-80 million people (50-55 million civilians and 20-25 million soldiers). It lasted 6 long years, involved over 30 countries, and was waged in two different theaters. Germany surrendered on May 8, 1945, to end the war in Europe. But the war raged on in the Pacific for 3 more months – finally coming to an end on V-J Day. This day of celebration is recalled by the 1945 U.S. coin set.

Beyond the lives lost and wounds suffered, the victory for America and her Allies in WWII took an unprecedented nationwide effort. Food, clothing, gas and other essentials were rationed. A wide array of materials and products were gathered and recycled. People bought War Bonds. Families grew their own fruits and vegetables in “Victory Gardens.” Millions of men and women went to work in factories producing warplanes, ships, tanks, artillery, rifles, uniforms and other military equipment. Coins were struck in special alloys to save needed metals for the war…

Food was in short supply because much of it was shipped overseas for our military and Allies. Transportation of fresh foods was limited due to gasoline and tire shortages. And imported foods were limited due to restrictions on importing. The U.S. government rationed sugar, butter, milk, cheese, eggs, coffee, meat, canned goods and other foods. Americans were issued ration books for each month, with removable stamps required to buy rationed items.

Citizens were encouraged to donate a variety of products and materials needed for the war effort. These included rubber and most types of metal, as well as cooking fat, newspapers and rags. Cooking fat was especially valuable for making glycerin – a vital component of bombs and other explosives. Most Americans participated in scrap drives to help the cause. Young kids regularly pulled their wagons through the neighborhoods to collect donated items. 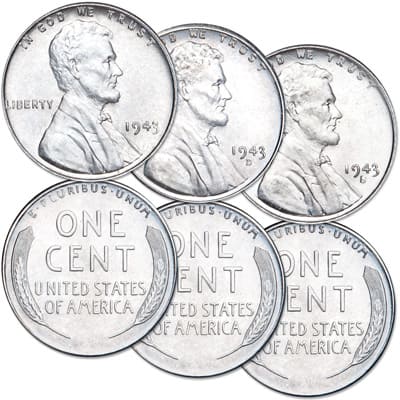 To help pay for the military effort, over 85 million Americans bought war bonds. Available in denominations from $25 to $1,000, the bonds were sold at 75% of face value. A $25 bond sold for $18.75 and matured to face value over 10 years. Plus, for 10¢, people could buy war stamps to fill special albums. When full, an album was redeemed for a bond. War stamps were especially popular among America’s children. 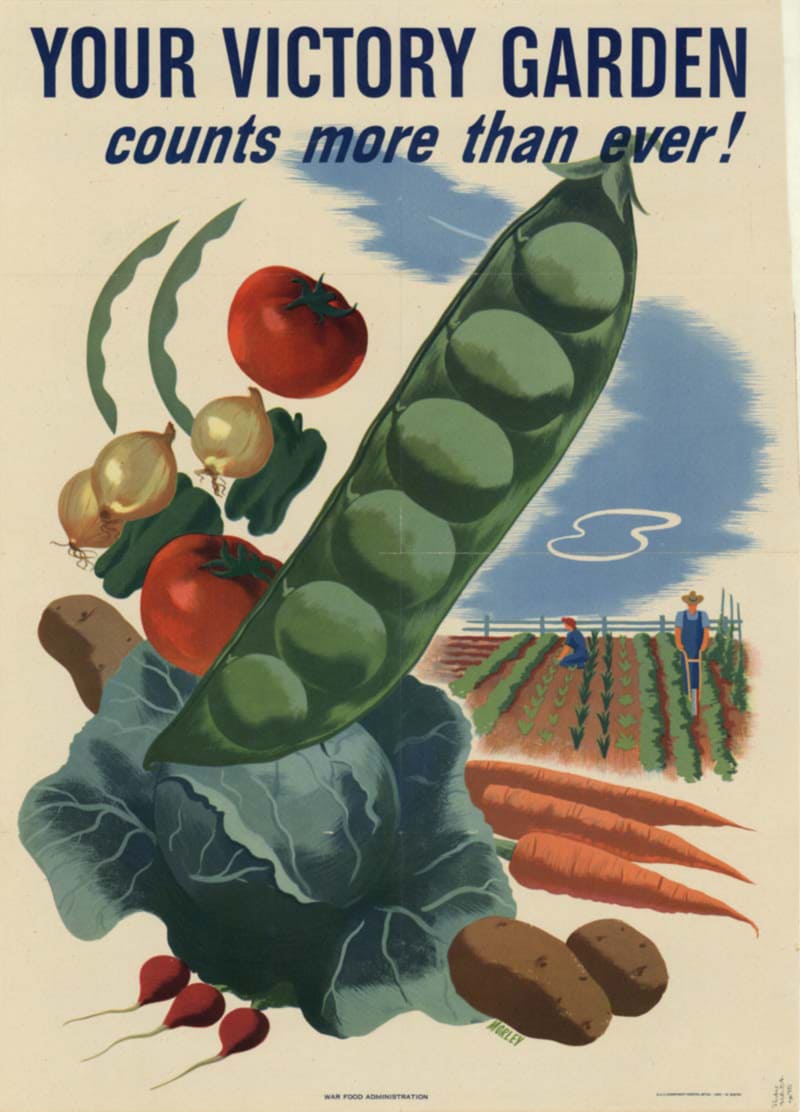 Labor and transportation shortages made it hard to harvest and move fruits and vegetables to market. So people were encouraged to grow their own in “Victory Gardens.” Nearly 20 million Americans planted gardens in backyards, empty lots and rooftops. Neighbors pooled their efforts by forming cooperatives. Most commercially produced canned foods were reserved for the troops, so families bought pressure cookers to produce their own canned goods.

After the Japanese attack on Pearl Harbor in December 1941, President Franklin D. Roosevelt created the War Production Board. Its purpose was to convert factories of peacetime industries into manufacturing plants for military equipment. A second purpose was to conserve materials like metals, rubber, wool, cotton, paper, plastic and petroleum products for the war effort. During WWII, American factories produced vast amounts of military equipment for the U.S. and Allied fighting forces: 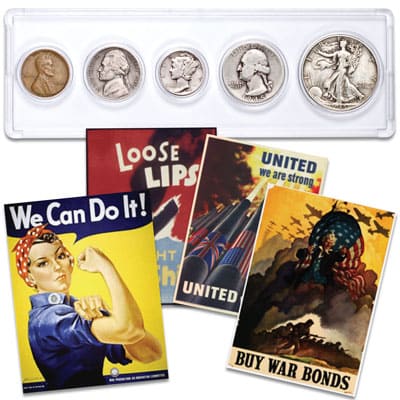 To produce all this equipment, 24 million Americans moved close to war production plants and shipyards to take assembly line jobs. This included 8 million women, who were encouraged by recruitment posters featuring “Rosie the Riveter.” Women with children pooled their efforts with mothers working different shifts to share such responsibilities as cooking, cleaning and babysitting. “Rosie the Riveter” became an iconic symbol during WWII for all of the female workers turning out warships, planes, tanks and artillery. 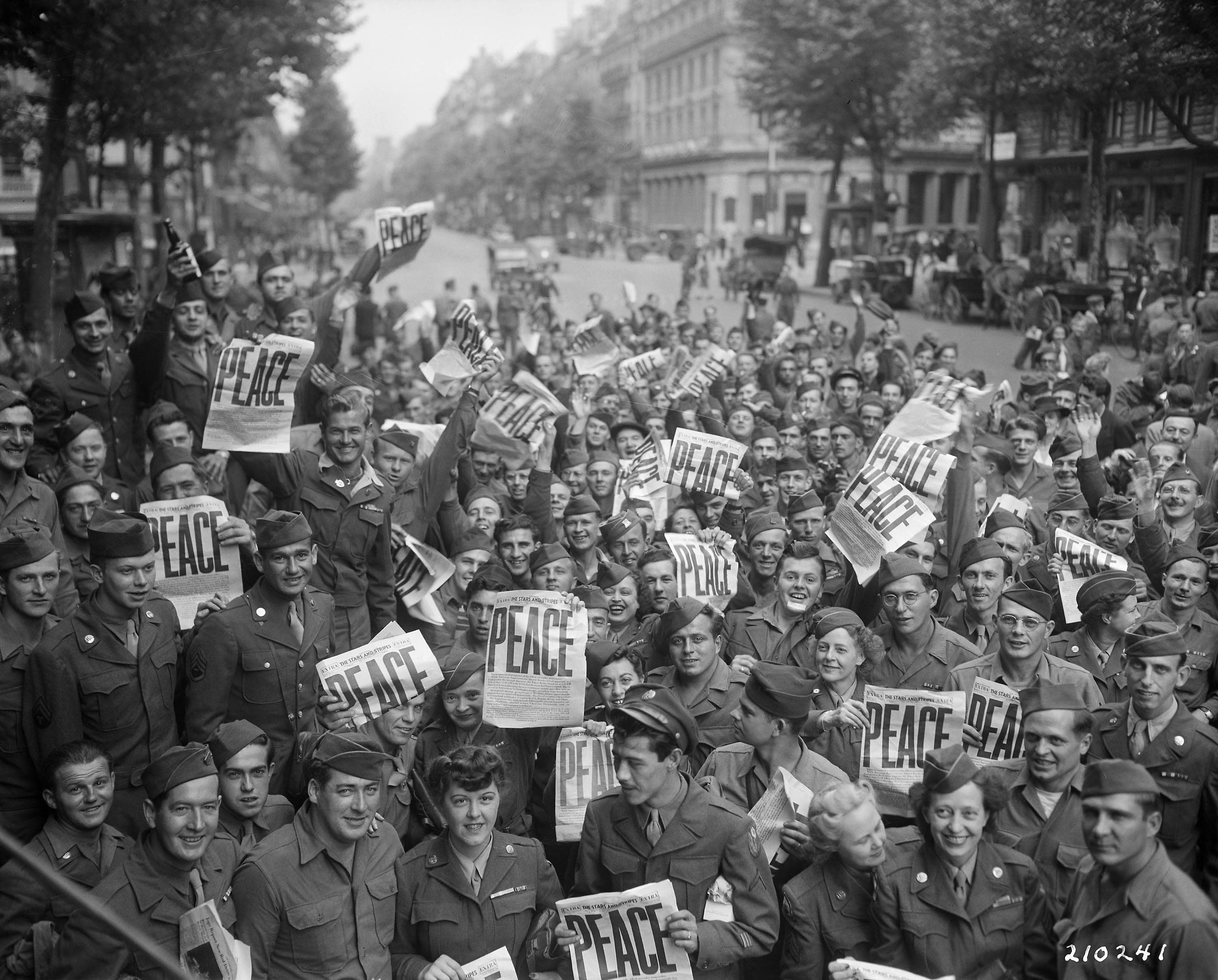 Celebrating the end of WWII

Four years of fighting overseas and around-the-clock manufacturing at home finally paid off in 1945 when Germany, and then Japan, surrendered. The Allied victory took what President Roosevelt told Congress less than a month after the attack on Pearl Harbor: “Powerful enemies must be out-fought and out-produced.” The U.S. fighting forces proved superior. And the sacrifices and contributions by home-front Americans were critical to victory. On September 2, 2020, we celebrate the 75th anniversary of V-J Day and a remarkable nationwide effort.