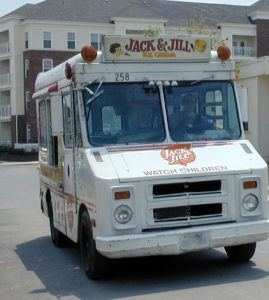 When you heard the call of the ice cream truck, all rational thinking went out the window… along with my U.S. Mint Sets

When I was just a young girl, my dad began presenting me with U.S. Proof and Mint Sets for Christmas. At the time, I thought they were neat, super shiny and pretty, but since I wasn’t allowed to play with them or take them out of the package, I placed them in a shoebox under my bed for safekeeping. Each year I’d get another U.S. Mint Set in my stocking and tuck them away. Then in the summer of ’77, I turned nine…

It was a blazing hot summer day outside of Boston, when I heard the distinctive chime of the ice cream truck. Word spread like fire through the neighborhood, “Ice cream man!” Like the children in the story of the Pied Piper, I became fixated on the sound. I could hear the truck getting closer and was mesmerized, hypnotized by the music in the air. I had to find money – and fast!

I tried the change jar, but it was empty. I looked under the sofa cushion and found nothing. I frantically scurried from room to room as the sounds of the truck came nearer and nearer. Panic set in, what if I missed it? I could hear my neighbors running full speed. Suddenly, it occurred to me… my special keepsake box had money in it. 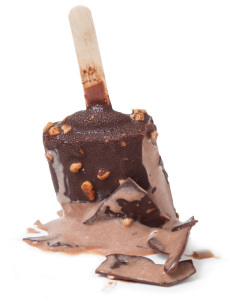 What happened next haunts me to this day.

I reached deep under the bed and found the box. Stacked neatly inside were my Uncirculated U.S. Mint and Proof Sets. I overlooked the pennies, dimes and nickels in the cellophane and focused on the large Kennedy halves. In my heart I knew it was wrong, but the power of the music and promise of a sweet treat fueled my fire. I found a pair of scissors and released two Kennedys from their nesting place. They were heavy in my hand as I placed them in my pocket and headed out the door. At the bottom of our steep hill, I met up with the ice cream man. Out of breath, sweating and overjoyed that I had made it in time, I ordered my Snow Cone and Chocolate Éclair and placed the heavy coins into the man’s oversized palm. His eyes lit up like a Christmas tree as I exchanged the pristine coins for my bounty. 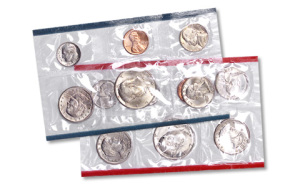 I cut the cellophane and removed the Kennedy halves first, hoping no one would notice. In the upcoming weeks even the pennies were removed.

Not surprisingly he showed up every week that summer. Each time he asked me if I had “any more of those shiny coins?” Over the course of a few weeks, I had fully dismantled my collection – even the pennies were traded for cinnamon hot balls and bubble gum. My dad never did find out, but now that I work for Littleton Coin, I am reminded daily of the true mistake I made. When I tell this story, you’d be surprised at how many of my friends and co-workers have similar stories of regret. What’s your collecting regret?