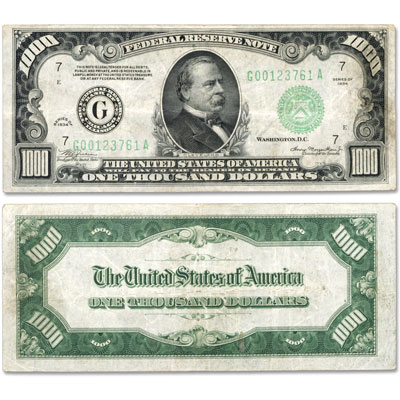 Once, there was a time when that was possible. The history of high-denomination (higher than $100) U.S. Notes stretches back to 1861, with Interest bearing notes, Silver Certificates, Treasury Notes and more. Today, though, we’re going to look to 1918 – when the first high-denomination Federal Reserve Notes were released.

These Federal Reserve Notes were issued in denominations of: 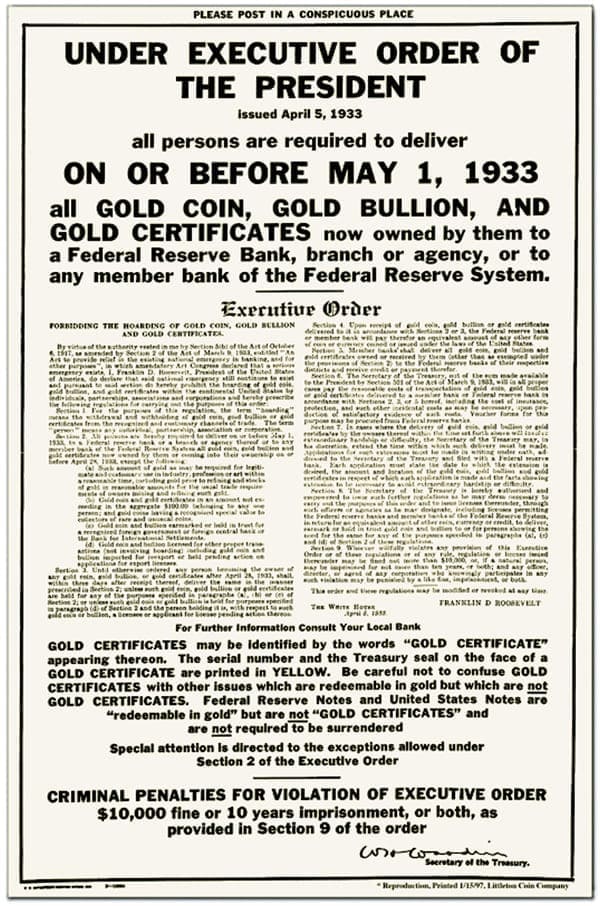 The biggest of the big

The notes with the highest denomination ever issued on U.S. notes were printed for three short weeks, from December 1934 to January 1935. These $100,000 Gold Certificates featured a portrait of 28th president Woodrow Wilson on the face, with the denomination on the back.

You may have noticed that these notes were printed after Franklin D. Roosevelt had issued the Gold Recall Order of 1933. These notes were never legal to own by private citizens – instead, they were created only for transactions between the Treasury and the Federal Reserve System.

Money that was never intended for the public!

High-denomination notes like these were created primarily for use in settling inter-bank transactions, so the public rarely saw them. Keep in mind, these were the days before electronic payments and wire transfers! Some examples did make it into private ownership, meaning that some examples still exist for collectors lucky enough to come across one.

As the end of WWII neared, the government noticed a lack of demand for these U.S. notes. So, in July of 1945, all production of high-denomination notes was stopped. But it wasn’t until 1969 – nearly a quarter of a century later – that the Department of the Treasury and the Federal Reserve System announced their decision to retire the denominations permanently. 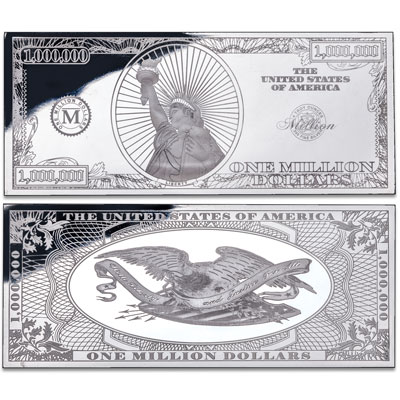 Since then, any time a high-denomination U.S. note is paid in to a bank, it’s sent to a Federal Reserve Bank and destroyed. Thankfully, some private owners held on to their pieces – preserving them for today’s collectors!

For all the high-denomination U.S. notes out there, we’ve (unfortunately) never had anything as high a $1 million bill. But for those of us who dream of being a high roller, there are some nicely detailed fantasy pieces out there! Do you dream of owning one of these high-denomination notes? If so – which one?