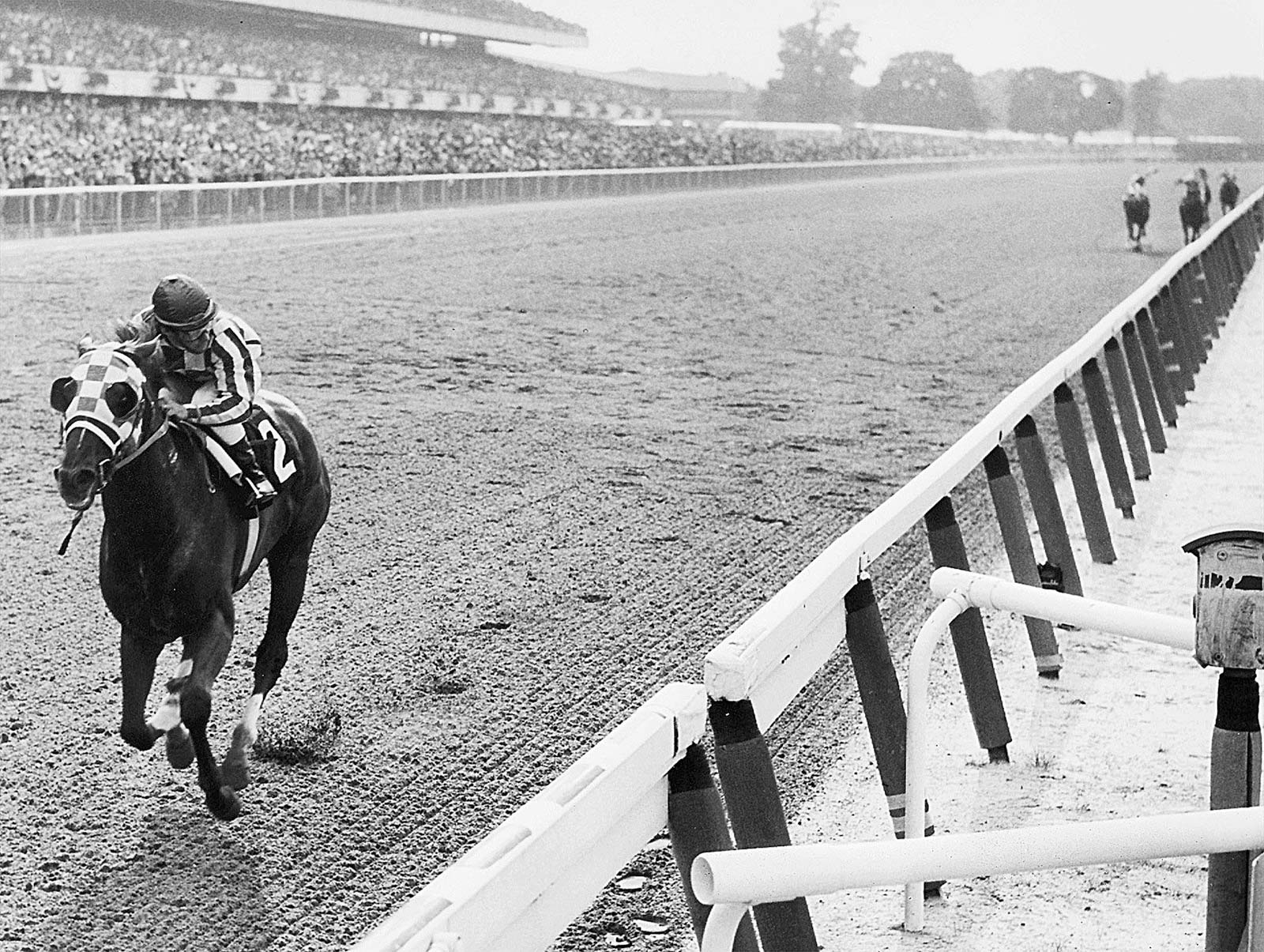 Numismatics has long been called the “Hobby of Kings,” and with good reason. People have been collecting coins for thousands of years. But throughout most of history, it was a pastime in which only the very wealthy could afford to indulge.

Thankfully, that’s no longer the case.

Coin collecting has grown more accessible and affordable since the mid-1800s. You no longer need to be numbered among the elite to enjoy the hobby. And with Littleton’s many popular Collector Clubs, you can assemble an impressive collection of coins or paper money right in the comfort of your own home.

Similarly, horse racing is known as the “Sport of Kings” – and for much the same reason. People have raced horses pretty much ever since they domesticated them, around 4,500 B.C. However, unlike numismatics, horse racing is still an expensive endeavor. The sport has no doubt changed over the millennia, but it still takes a lot of money to raise and train a successful race horse. (Not to mention patience, hard work and luck.)

Of course, that hasn’t stopped millions of people from watching at the track or on television. And now, there’s another way to enjoy this thrilling sport – one that combines both the Sport of Kings and the Hobby of Kings!

Introducing The Sport of Kings Collection…

Now you can bring home history’s most famous and electrifying race horses, and add them to your collection with Littleton’s new The Sport of Kings Collection.

This exciting series includes twelve $2 Federal Reserve Notes, each handsomely colorized by Littleton’s artists to feature a different famous racehorse. What’s more, the series also includes a custom fact-filled and illustrated folder that holds all 12 notes in the series.

The One and Only Secretariat

Nicknamed “Big Red” for his giant stature (over 16 hands tall and 1,200 lbs.), Secretariat was born on March 30, 1970 at The Meadow in Doswell, VA. He began racing at age 2 in 1973, and quickly established himself as a dominant competitor. His racing career spanned just 16 short months and two seasons. But in that time, he established himself as one of the all-time legends of the sport.

In fact, many consider Secretariat the greatest race horse to ever set foot on a track.

As a 2-year-old colt, he won the Sanford Stakes, Hopeful Stakes, Belmont Futurity and Garden State Stakes, and was named his division’s Horse of the Year. Then, at age 3, he won the 1973 Kentucky Derby, Preakness and Belmont Stakes to become the first Triple Crown winner in 25 years. And he did it in dramatic fashion – winning the Belmont Stakes by an incredible 31 lengths and setting a track record that still stands to this day!

Secretariat went on to again be named the season’s Horse of the Year before retiring. Out of 21 career starts, he finished “in the money” (placing first, second or third) in all but his very first race, in which he finished 4th. Even in retirement, he continued his legacy by siring 653 foals – including 57 stakes winners.

It’s easy to see why Secretariat was the first race horse featured in Littleton’s The Sport of Kings Collection of colorized $2 notes. And what better way to relive the excitement, than by adding him to your collection today? Remember – when you buy the Secretariat note, you also get the custom display folder FREE!

Assemble a stable of the world’s greatest race horses

In addition to Secretariat, you can already get individual $2 notes featuring Man o’ War, Citation, Seattle Slew, Native Dancer and American Pharoah. You can even assemble your collection the easy, risk-free way with Littleton’s convenient Automatic Monthly Shipments program.

Order item #ST6109 today and we’ll rush you the first two beautifully colorized $2 notes in the series – Secretariat and American Pharoah – along with your FREE custom display folder for just $39.90. Then, each month, you’ll automatically receive the next two notes at the same low price, plus enjoy FREE shipping. 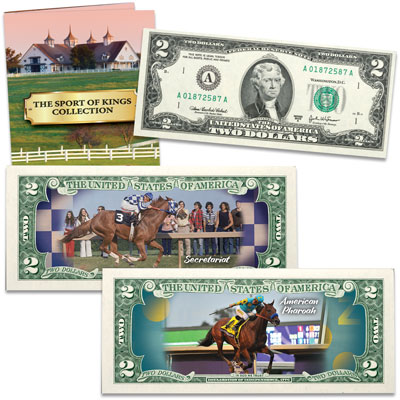 Add this exciting 12-note series
to your collection today!

Best of all, it’s 100% risk free. You can stop at any time, and every purchase is backed by Littleton’s 45-Day Money Back Guarantee of Satisfaction.

There’s no better way to combine the Sport of Kings and the Hobby of Kings than these $2 notes. They’re perfect for horse lovers, racing fans and collectors alike. So whether you prefer a single note featuring your favorite race horse or want to assemble the complete 12-note series, why not get started today?

Experience for yourself the thrill of history’s most exciting racehorses, with Littleton’s exclusive The Sport of Kings Collection!