With his beloved classic Treasure Island, Robert Louis Stevenson popularized – and by extension, so did Walt Disney – some of the most memorable pirate lore ever. There were such colorful quotes as “Shiver me timbers!” and “Arrr!” and equally colorful characters, such as the notorious sea robber, Long John Silver.

But weren’t there real-life pirates who roamed the seven seas?

Yes, there were! Here’s a look at the lives of four found on Littleton Coin’s colorized Kennedy half dollars.

“Let’s jump on board, and cut them to pieces.”

With a reputation as a bloodthirsty pirate and the nickname of Blackbeard, Captain Edward Teach started life around 1660 in Bristol, England. He began his seafaring career honorably enough as a privateer in Queen Anne’s War. But by war’s end in 1713, the captain with a reputation for inhuman strength, had turned to piracy. 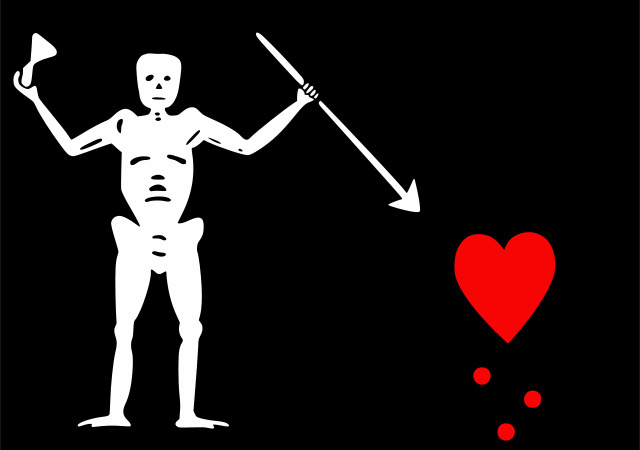 Blackbeard’s Jolly Roger flag showed a horned skeleton piercing a heart, while raising a glass in a toast.

He cruised the colonies along the North American coast, intercepting merchant ships, torturing crew and passengers equally, and stealing valuable cargo. His intimidation tactics were further heightened by his vessel’s flag. It showed a heart dripping blood and a skeleton holding an hourglass and spear.

His most notorious raid occurred in May of 1718 when he and his men blockaded Charleston Harbor in South Carolina. They held hostages until the ransom was delivered: a medicine chest that included mercury thought at the time to cure venereal diseases.

Blackbeard then sailed to North Carolina. Spying a possible island hide-out in the Outer Banks, his ship ran aground in the shallow Ocracoke Inlet. Responding to Charleston colonists’ alarm, Virginia’s governor had sent ships south to intercept Blackbeard and his crew. After a fierce onboard battle, Blackbeard was killed November 22, 1718.

“My Lord, it is a very hard sentence.”

Left fatherless by his seaman father, William Kidd was born in Scotland in 1645. He is best known as Captain Kidd, a prosperous privateer who chose New York City as his maritime base of operations. The crown hired him to attack pirate ships that tried to capture the king’s prized New World payload. 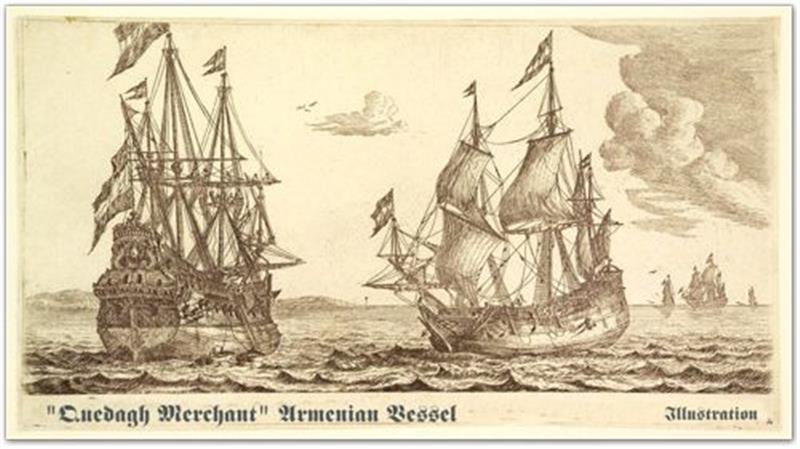 Successful as he was, and far from the Atlantic Ocean, he made a fateful mistake when he intercepted the Quedagh Merchant from Armenia as it rounded the tip of India in January 1698. He claimed its expensive cargo, as well as the newer ship, for himself and his crew. On his return to New York, he tried to persuade the colonial governor of his innocence. Instead, he was sent to England to stand trial. Kidd was found guilty of piracy and murder, and sent to the gallows on May 23, 1701.

“…the fewer…we are…the better shares we shall have in the spoil.” 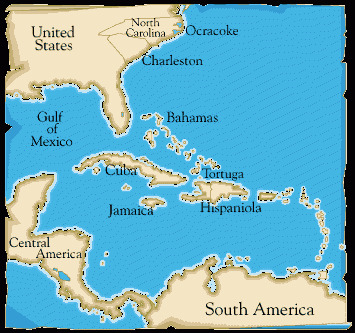 Born a farmer’s son in Wales in 1635, Henry Morgan lit out to find his own fortune, only to be kidnapped and sold as an indentured slave in the Caribbean. Freed seven years later and penniless, Morgan was recruited by a pirate crew, where salaries were based on the mercenary motto “no prey, no pay.”

Morgan rose through the piracy hierarchy to set his sights on looting Spain’s precious bounty coming from its Caribbean and Central and South American colonies. The focus put him in the outlaw category of buccaneer – those pirates who preyed on ships and settlements of the Spanish Main. Morgan’s most infamous attack occurred in 1671 when he and his crew pillaged Panama City.

The following year, awaiting trial in London on charges of piracy, Fate intervened. Because diplomatic relations with Spain had deteriorated so badly, he was instead knighted Sir Henry Morgan and returned to the Caribbean as Jamaica’s Lieutenant Governor. In 1688 he died, rich and respectable!

“There is none of you but will hang me, I know…”

Black Bart was a pirate who never felt obliged to treat his hostages kindly or fairly. Born John Roberts in 1682 in Wales, he started his seafaring career as a third mate on a slave-trading ship. But when that vessel was captured by pirates, he realized robbery on the high seas offered him more opportunities to accumulate wealth, and quickly.

Switching to the alias of Bartholomew Roberts, Black Bart emerged as the most successful pirate in colonial history according to all accounts, and a fashionable one, to boot! Records described a tall, attractive man who habitually dressed in a red brocade waistcoat. A diamond-encrusted cross was often seen hanging from a heavy gold chain on his neck. 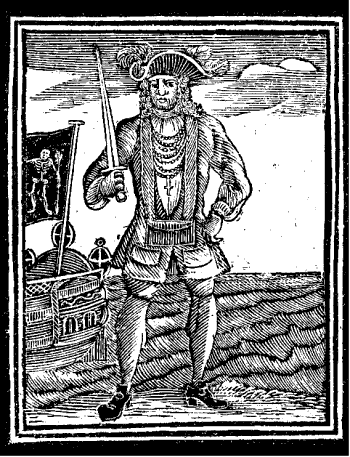 Bold and fearless, and picking a like-minded crew, Black Bart’s raids knew no bounds: warships for their cannons, cargo ships for their priceless contents, seaside settlements for supplies. They plundered with gusto. Estimates range from 200 to 400 vessels attacked off the coasts of West Africa, Brazil, the Caribbean islands, and the Americas, as far north as Newfoundland. Spanish, French, Portuguese, English – Black Bart looted all nationalities that put ships in the oceans for trade.

But the long arm of justice finally caught up with him in February of 1722. And long it was. It entailed a chase of tall-masted ships across the Atlantic from the Caribbean to the West African country of Gabon. Anchored in the protective curve of Cape Lopez Bay, with gold secreted in their ships’ hulls, the pirates toasted their escape.

But the celebration was premature. The British Navy fast approached the partying marauders. Hit by grapeshot, Black Bart fell dead almost instantly. His crew threw his body overboard and surrendered. Fifty-two were brought to London for trial. They were sentenced and hung on the Execution Dock overlooking the River Thames, where 20 years earlier Captain Kidd had met a similar fate.

With the death of Black Bart, historians generally agree the golden age of piracy was finished. But you can recall these glory days with the Pirates of the High Seas from Littleton Coin. We’re currently offering collectors an opportunity to save 10% on the four-coin set of colorized Kennedy half dollars that features these most infamous of pirates.