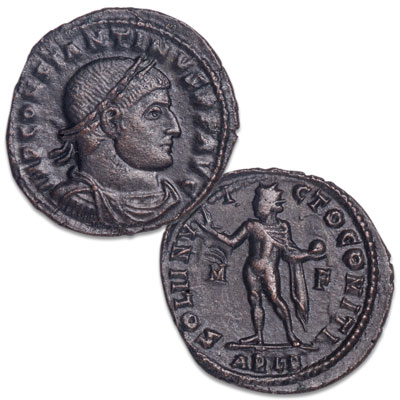 During its impressive history, the mighty Roman Empire was filled with leaders both noble and shocking. Thanks to their written histories and the coins issued in their names, we still hold information about their reigns and their societies.

But for every Constantine the Great (right) or Caligula, how many leaders were lost in the sands of time? Read on for the story behind one who was unknown until the discovery of a single coin in the 1930s.

In 1937, a never-before-seen coin came to the British Museum from a Swiss dealer. Found in northeastern France, it bore the portrait of a crowned male. Using the inscription imp mar silbannacvs avg, experts were able to deduce that the coin was issued for Emperor (imp) Silbannacus Augustus (avg). However, even the inscription left them with questions. Was mar short for a family name like Marcius? Was this ruler’s name truly Silbannacus? Could it have been a misspelling of Silvannacus – or even Silvaniacus, which would indicate more Italian origins?

The reverse design gave clues to its date of issue. It featured the god Mercury, which was a common design on coins of Imperial Rome around the mid-3rd century A.D. Historically, this was a time of turmoil for the Roman Empire, so there isn’t a great deal of information that has survived from this period. Experts suggested that perhaps the coin could have dated to around A.D. 244-249. This time period marked the rule of Philip I (who ruled jointly with his son, Philip II).

Challenges – and changes – in leadership

During the reign of this father and son, there were several usurpers who challenged their hold on the empire. Was it possible that Silbannacus was a previously-unknown – and unsuccessful – usurper from this time period?

Later, in 1996, another coin of Silbannacus came to light. It had been discovered years before near Paris, but went unpublished. The reverse of this second coin depicted the god Mars, and was similar to one used on a coin of Aemilian, another usurper who ruled for just three months in A.D. 253. 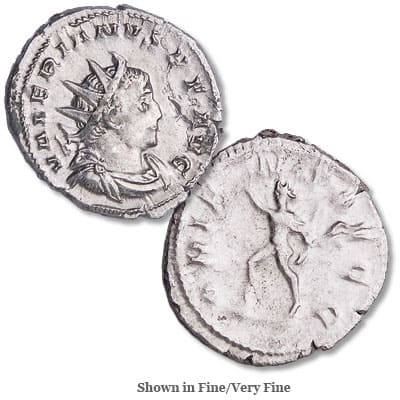 Aemilian, an army commander under Trebonianus Gallus, was proclaimed emperor by his troops following a victory in 253. Trebonianus Gallus then ordered another commander, Valerian, to quell that rebellion. Before Valerian could achieve that goal, Aemilian overthrew Trebonianus Gallus and became the empire’s legitimate ruler. However, just weeks later, Aemilian faced a similar threat from Valerian himself. As Aemilian left Rome to confront this new usurper, he was assassinated.

Could it be that Silbannacus was yet another usurper during this time of upheaval? To this day, there’s still little we know of him. Though the coins of Silbannacus are out of reach for collectors, there are still many ancient coins available for those who enjoy the mystery and intrigue of the Roman Empire!