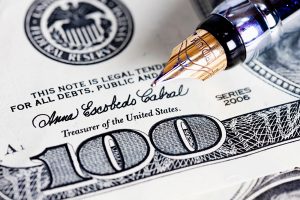 The use of paper currency dates back over a thousand years. And the handiwork of counterfeiters goes back nearly that far! Paper money has long been the target of novice to expert forgers.

Of course, the penalties for getting caught have been very severe in the past. Several centuries ago, men could expect to be hanged or drawn and quartered. Women were usually burned at the stake. In America, colonial paper money printed by Ben Franklin and others often bore the phrase “to counterfeit is death.” 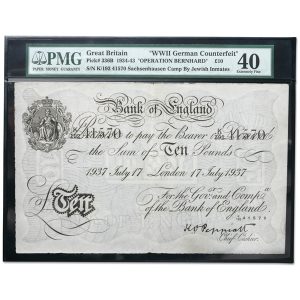 Forging operations have been conducted by nations as well as by crime rings or individuals. During the American Revolutionary War, Great Britain produced large quantities of counterfeit Continental dollars to destabilize the American economy. And during the Civil War, Confederate dollars were heavily counterfeited by private interests on the Union side to devalue southern currency.

Among the most famous government-sponsored schemes was Operation Bernhard. During WWII, German SS Major Bernhard Kruger led a Nazi plan to destabilize Britain’s economy by counterfeiting Bank of England currency notes. The forging was done by inmates of the Sachsenhausen Nazi concentration camp with experience in the production of official documents. Nearly nine million British notes were forged with total face value over 100 million British pounds. Operation Bernhard notes are still considered among the most perfect counterfeit currency ever created. 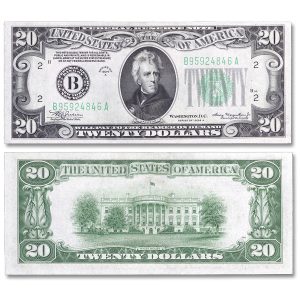 Perhaps the most famous individual counterfeiter was Frank Bourassa of Canada. He acquired Heidelberg 4-color offset presses and hired a printing expert. He then convinced a Swiss paper company he needed paper very similar to U.S. currency stock for $20 bond certificates. He received a shipment of paper in 2009 large enough to produce over $200 million worth of very realistic U.S. $20 bills. Bourassa sold the counterfeits at 30¢ on the dollar to shady import/export buyers who in turn sold the bills overseas. He was captured in 2012.

Arthur Williams’ counterfeiting career began in Chicago during the 1990s and continued in Texas. Over several years before getting caught, he printed more than $10 million worth of counterfeit U.S. $100 bills. When new “super secure” $100 notes came out in 1996, Williams managed to duplicate the new security thread, micro-printing, color-shifting ink and watermarks. He even outwitted the counterfeit detection pen, whose yellow ink turns brown on paper containing starch as almost all counterfeit stock does. Williams used two pieces of thin but starch-free phone directory paper glued to each side of thicker paper! 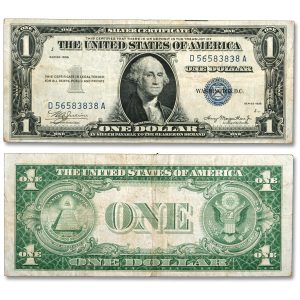 From about 2005-2009, Albert Talton of California evaded capture and printed about $7 million worth of counterfeit U.S. $100 bills. His team used nothing more than garden variety laser printers and desktop computers with imaging software. But the counterfeiter who got away with it for the longest was probably Edward Mueller of New York City. His success lay in moderation and discipline. For over ten years during the 1930s and 1940s, Mueller only printed counterfeit $1 Silver Certificates and never passed them more than once at any one New York store or establishment!

If you know of other interesting counterfeiting operations, please share them with our other readers: