Did you hear the one about… 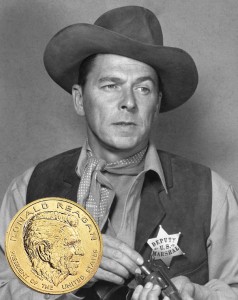 Even Ronald Reagan – the “Great Communicator” – had his days. This former-actor-turned-president was known for making the occasional quip… And then there was the day he nearly sparked a war with Russia!

It was August 11, 1984. While waiting to deliver a scheduled radio address, Reagan tested the microphone by cracking, “My fellow Americans, I am pleased to tell you today that I’ve signed legislation that will outlaw Russia forever. We begin bombing in five minutes.”

Only… the mike was broadcasting. Live.

And Russia was NOT amused.

When the dust settled with nary an air-raid siren, Republicans chuckled. And of course, the Democratic opposition turned their collective noses up at the situation. But Reagan’s gaffe DID spark a new, “unofficial” holiday – National Presidential Joke Day, held on August 11. Honestly, when I first heard of it, I thought for sure this was a day to celebrate jokes about the sitting president – there’s certainly never a shortage of those! Instead, it’s celebrated as a day for America’s highest office holder to showcase their sense of humor. 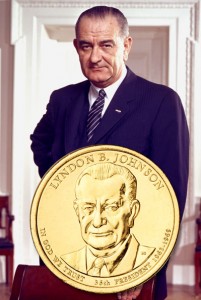 There’s little doubt that being the leader of the United States has to be one of the most stressful jobs out there. Since studies have shown that a good sense of humor is known to help alleviate stress and boost a person’s immune system, it can only be beneficial to have a president who can laugh, and make others laugh!

So, which presidents were known as funny guys? Obviously Reagan – the man who started it all. Even as he was being wheeled in to the operating room following his 1981 assassination attempt, Reagan kept the levity alive by saying to his surgeons, “I hope you’re all Republicans.” Bill Clinton was known to crack a few one-liners, as has Barack Obama. Even George W. Bush poked fun at his own intellectual ability when he said, “these stories about my intellectual capacity really get under my skin. You know, for a while I even thought my staff believed it. There on my schedule first thing every morning it said, ‘Intelligence Briefing.'”

Lyndon Johnson once hit the proverbial nail on its sarcastic head when he quipped, “If one morning I walked on top of the water across the Potomac River, the headline that afternoon would read: ‘President Can’t Swim.'” And on the racier side of the joke book, Jimmy Carter poked fun at his ratings when he said, “My esteem in this country has gone up substantially. It is very nice now when people wave at me, they use all their fingers.” 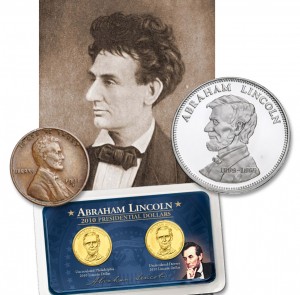 Even Honest Abe was a quick wit. During one of their famed debates, rival Stephen Douglas accused Abraham Lincoln of being two-faced. Not one to miss his opportunity, Mr. Lincoln retorted, “Honestly, if I were two-faced, would I be showing you this one?”

There’s just nothing quite like a good bit of self-deprecating humor.