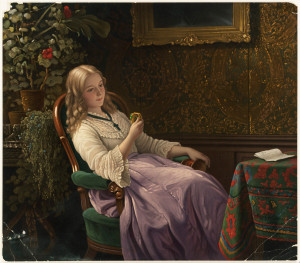 The term “love tokens” could mean many different things to many different people, but numismatically speaking, love tokens are legal tender coins that have been rubbed or sanded smooth on one or both sides – hand-engraved with initials, monograms, names, patterns or pictorial scenes – and often embellished with an ornate border. Intended as expressions of esteem or affection, the designs might include such symbols of love as a heart pierced with an arrow, Cupid’s bow and arrow, flowers, love birds or lovers’ knots. Most were created during the 18th and 19th centuries in Great Britain, Germany, Canada and the United States by skilled engravers or jewelers – though many were etched by amateur craftsmen as well.

Each hand-engraved love token is unique

The authoritative Love Token Society has proclaimed two basic requirements for a love token: “the engraving must be on a legitimate coin (i.e. coin of the realm)” and “the engraving must be done by hand.” The second criterion is as significant as the first, because hand engraving means that each love token is unique. Can you imagine owning the only coin of its kind in the world? No wonder love tokens are such an intriguing collecting specialty!

Those who could afford it had love tokens created from silver or gold coins, while those who could not would use copper or bronze coins. British love tokens were often engraved on bronze farthings and silver three pence coins. When love tokens became popular in the United States during the emotion and fervor of the Civil War era, Seated Liberty dimes and quarters struck in 90% silver were most often used. Silver coins were softer and easier to engrave than nickels, and they made more precious gifts than bronze cents. However, love tokens were created from every denomination of the era, from half cents to $20 gold pieces. 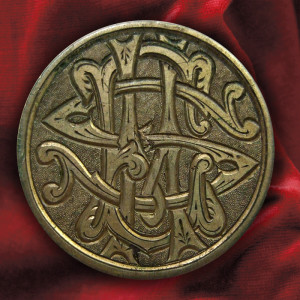 The appeal to collectors and market value of a love token depend on the denomination and composition of the host coin, the amount of wear or damage that the love token has experienced, and the quality and sophistication of the engraving. Of course, there is always an element of personal preference – love token designs do not appeal equally to all collectors.

There are also variations on the usual practice. A significant number of copper and nickel love tokens were gold plated to make them look like their more precious counterparts. And the original designs on some coins were unaltered, with special engravings added to smooth surface areas between or adjacent to the usual images and inscriptions. Some love tokens feature holes for attachment to bracelets, necklaces or watch chains, while many other love tokens were mounted on pins to wear them on clothing.

The engraving of love tokens continued throughout the sentimental Victorian Era and for the most part came to an end around the turn of the 20th century. The workmanship and artistry on many of these creations is quite extraordinary, and love token enthusiasts have assembled some beautiful collections.

While some dealers specialize in love tokens and advertise their interest in purchasing them, coin dealers like Littleton are apt to have love tokens in stock only when acquired with a varied collection of coins and other numismatic items.