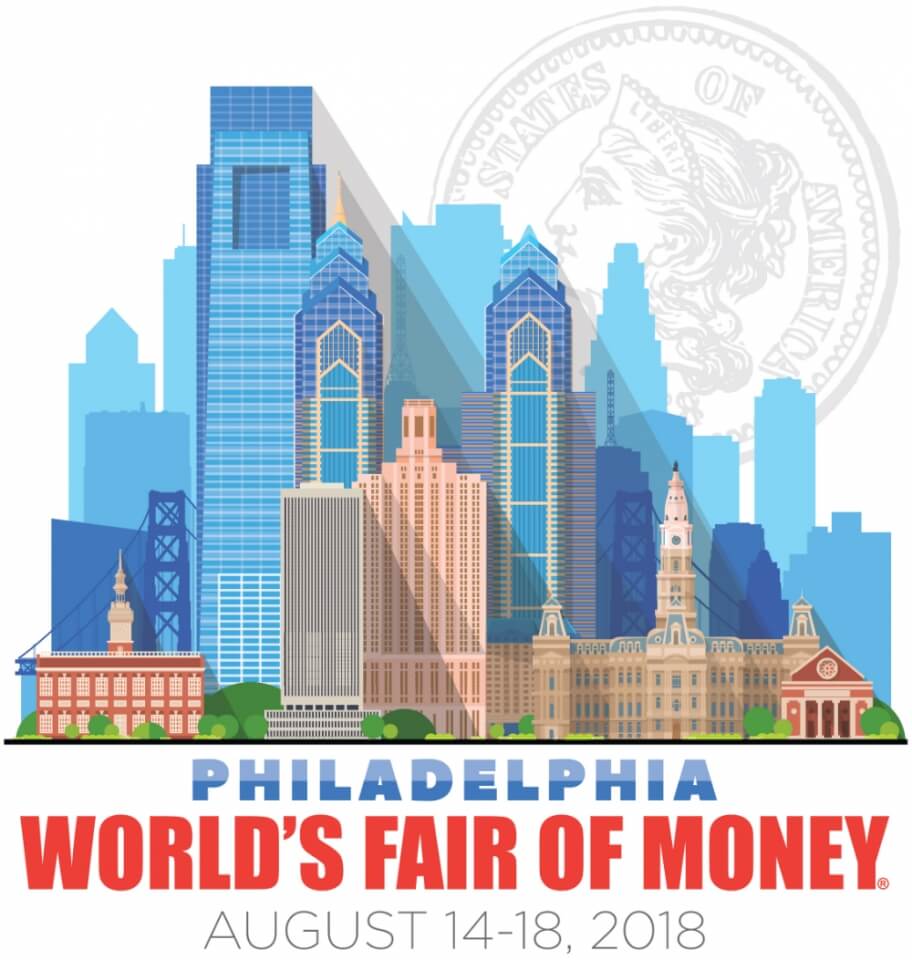 The American Numismatic Association’s World’s Fair of Money® is the largest educational and professional coin show in the country. This year’s show opens in Philadelphia from August 14-18, featuring the theme “Fugio to Franklins: The Influence of Poor Richard” – and Littleton Coin Company is there!

Benjamin Franklin, George Washington and David Rittenhouse not only helped write the pages of early American history, they also influenced our early currency system. Rittenhouse, an astronomer and inventor considered second only to Franklin as a scientist, even served as the original director of the first U.S. Mint in Philadelphia.

What Fair Participants Can See and Hear

From David Sundman’s private collection, Littleton Coin Company is exhibiting early currency artifacts like a two-thirds dollar of Continental Currency from 1776 that features the names of the 13 original colonies; a Fugio Copper cent, the first issued by the newly formed United States; two handsome examples of the 1777 George Washington Medal, also known as the “Warrior and Sage Medal”; the “1776” Franklin American/Beaver Medal cast in 1807 to commemorate the American Revolution, and one of only three known medals cast of Rittenhouse in 1871.

Tying in with this year’s theme, the Maynard Sundman/Littleton Coin Company Lecture Series Endowment and David Sundman have lined up four fascinating presentations. They are:

Clearly, interest in both Franklin and Washington is strong. If you’re at the show, be sure to stop by and check out these history-filled displays!