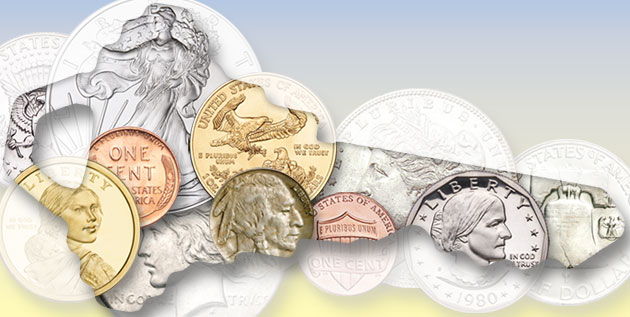 Recently Dorothy wrote in to ask why some Roosevelt dimes are worth more than others. That got me thinking about key date, or better date coins and the impact they have on your collection. Key dates are coins that are in limited supply, so not everyone can own one. And yet, they are the “keys” to completing a date and mint mark collection. Because there are a lot of different factors that make a coin a key date, I thought I’d give you a broad overview here.

So what makes a key date? It starts with the mintage – most are lower mintage coins. Because the government is in the business of making money for use in daily commerce, it looks at the supply and demand for coins in circulation. The individual mints don’t care about the number of coins they strike, as long as they produce enough to keep their regional economy rolling.

Coins go right into circulation, even if they’re lower mintage. Plus, on a yearly basis, production varies mint to mint. Sometimes Philadelphia strikes more and other times it’s Denver. And, back when there were 7 U. S. Mints operating (Philadelphia, Charlotte, Dahlonega, Denver, New Orleans, Carson City and San Francisco), production between them varied widely.

In every coin series there are certain coins that, because of their elusiveness, survival rate, condition and outstanding demand, become the key dates of the series. Here’s some of the better known “keys.” 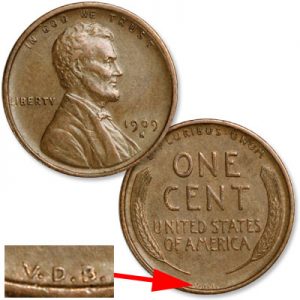 The Lincoln cent of 1909-date represents the longest-running obverse design in U.S. coinage history. With a mintage of just 484,000, the
1909-S V.D.B. is the undisputed “king” of the Lincoln cent series, in circulated grades. Although it has low mintage, many were saved because it was from the first year of issue. (Back then, most people didn’t collect by date and mint mark and only saved the first year of a new design). In spite of that, because it’s so popular (both collectors and non-collectors know of it), there just aren’t enough to go around.

At number two is the 1914-D Lincoln cent with 1,193,000 struck (a higher mintage)! This coin is many times rarer than the 1909-S V.D.B., in Uncirculated grades, because most went into circulation, fewer survived and there is great demand for it. 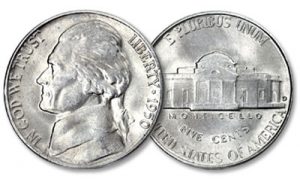 Mint marks and older coins also factor into key dates. In 1950 for instance, two different mints, Philadelphia and Denver, produced the popular Jefferson nickel. While the 1950 nickel isn’t too difficult to find, the 1950-D, with a mintage of just 2,630,000, is one of the key dates of the Jefferson nickel series. In Uncirculated condition, it’s the 1939-D and 1939-S. Remember, in 1939 the Great Depression of just ending, so Denver and San Francisco Mints didn’t make very many nickels compared to Philadelphia and most went into circulation, making the Uncirculated issues from those branch mints very desirable today.

Why the lowest mintage Roosevelt dime isn’t a Key Date

Two Roosevelt dimes, the 1949-S (13,510,000) and the 1950-S (20,440,000) illustrate what happens when the economy is booming and the design is relatively new. In the late forties and early fifties, there were still older coins circulating like the Mercury dimes, so very few people bothered to put those two Roosevelt dime dates aside and the coins went into circulation. Later, collectors discovered nice Uncirculated issues were tough to find. The lowest mintage Roosevelt dime (12,450,181) is the 1955 Philadelphia issue, but interestingly, THIS is not a key date! That’s because collectors, realizing that the mint hadn’t produced many coins, and thinking this date could turn out to be like the 1950-D nickel, put hundreds of rolls of this dime aside and now there are plenty to go around. 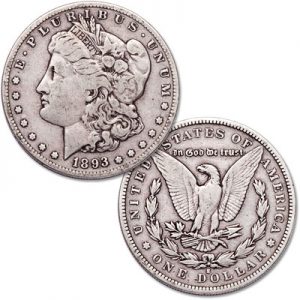 Whether it’s Lincoln cents, Roosevelt dimes, Morgan dollars or some other coin series, they all have key dates – elusive coins every collector needs to complete his or her collection. And who knows… will some of the coins produced during our latest economic downturn of 2008 become key dates? Only time will tell….