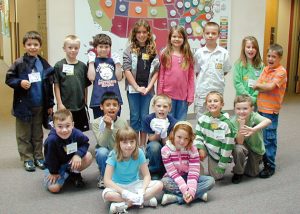 How many times have you heard your child or grandchild say, “I’m bored… or There’s nothing to do!” Around my house it seems like a mantra! A while ago, we had one of those days – a rainy Saturday – where the kids just couldn’t come up with a way to entertain themselves.

“I’ll find something for you to do…”

Tired of listening to the whining and complaining I followed my father’s lead and quickly came up with Plan A – a laundry list of chores. Then, list in hand, and just like my dad, I bellowed from my recliner “Find something to do… or I’ll find YOU something to do!!” As many of you know, you can only ask your kids to do just so much before they’ll give up altogether… Just between us, I’m really a bit of a softie, and their chore list was fairly short. That still left lots of room for free time and… you guessed it, more whining about being bored with nothing to do!

If your kids are anything like mine, suggesting THEY find something to do could be risky. Who knows what outfit the cat will be dressed in or what toys they’ll dredge up from the dark recesses of their closets and toy boxes by the time they’ve “found something to do.”

Hey! What about coin collecting? 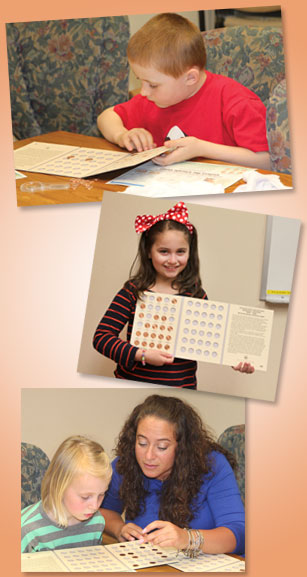 One night, while adding some nickels to my Jefferson Nickel collection, I’d heard enough of the deep sighs and whining. That’s when it hit me. I’ll turn them into little coin collectors, just like me! I found my Plan B!

At the time, I thought collecting coins would be a nice distraction for the kids, for maybe a few weeks or so. I had only the slightest hope that one of them would actually be interested enough to follow in my footsteps, but now as we move further into it, I think I’m starting to see a sparkle in their eyes. They’re almost hooked!

I’ve reconnected with my kids and they know their states and capitals!

I’m finding all sorts of ways to use coin collecting as a teaching tool and a new way to connect with my kids. Our favorites, so far, have been the Statehood Quarters and Presidential Dollars. With the Statehood quarters, I am proud to say that my kids have memorized the capitals of every state in the U.S…. thanks to a collection of coins. We’re still working on memorizing the U.S. presidents.

With the rise of digital technology (read: video games & smart phones) kids today have lost sight of the wonderful hobbies many of us began in our own childhood, including coin collecting. In my house, we’re grateful to the U.S. Mint for coming up with new coin series like the Statehood Quarters, the National Park Quarters and the Presidential Dollars. These have allowed me to share my long-standing hobby and passion with my young children. And, from the looks of things so far, I may actually have inspired a couple of new collectors to carry on long after I’m gone.