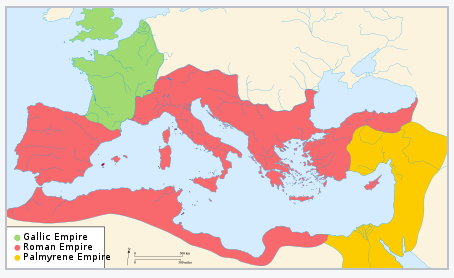 Ancient coins pose a unique challenge to collectors just starting out: How to pronounce them.

To be sure, coins from the cradles of civilization hold a special allure. Some harken back to the time of Christ. Many of their stories teach about leadership. And, quite a few come from parts of the world where physical travel can require a lot of stamina.

With all that under consideration, we’ve selected a few ancient coins and their multiple syllables to examine. We’re including a simple phonetic guide, too. Let’s take a look.

Antoninianus [an-tow-NEE-ne-aness] is a Roman coin valued at two denari and occasionally referred to by its nickname Double Denari. The one shown here features the profile of Aurelian, the soldier-turned-emperor during the Third Century Crisis. The empire nearly collapsed from repeated raids by northern barbarian tribes. After an impressive string of military victories, Aurelian was determined to return Rome to its former glory.

A drachm by any other name

Many of us are familiar with the liquid measure known as a dram, especially if we’re talking about a small, spirited drink from Scotland! We’ve heard its pronunciation applied to ancient coins, too. But in numismatics, it’s spelled drachm and is usually pronounced [dra-kem].

Any prefix in front of drachm refers to its units of measure. This outstanding example from the Silk Road of a silver hemidrachm, or half a drachm, is highly sought after by collectors. So is this ancient bronze tetradrachm [te-tra-dra-kem] depicting Emperor Carinus. He was born in the ancient province of Dalmatia on the Balkan Peninsula and died beside the River Margus at the hands of his own soldiers. The prefix “tetra” refers to four. 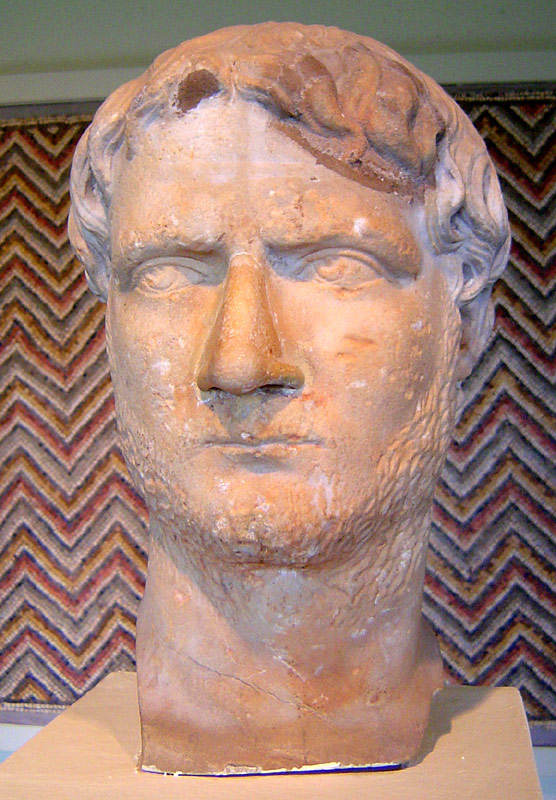 Bust of Gallienus in the Musée du Cinquantenaire, Brussels

It’s all about order

Raise your hand if you remember the elementary school rule about spelling order involving ‘i’ and ‘e’. Do you recall the exceptions? They were neighbor and weigh, and we’re supposed to remember them by their pronunciation. The same might be said of how one could pronounce Gallienus: [galley-eigh-nus] or [gal-ee-enuhs]. His father’s oldest son, he bore the full name of Publius Licinius Egnatius Gallienus.

He and his father, Valerian, split the empire in half. Gallienus took the western section. He preferred to bribe most of his invaders rather than go into battle against them. He was especially fond of pursuing pleasure. As a pagan worshipper, he allowed Christians to be persecuted, but after his father’s death, Gallienus granted Christians the right to worship. Like Carinus, he, too, was assassinated by his soldiers. 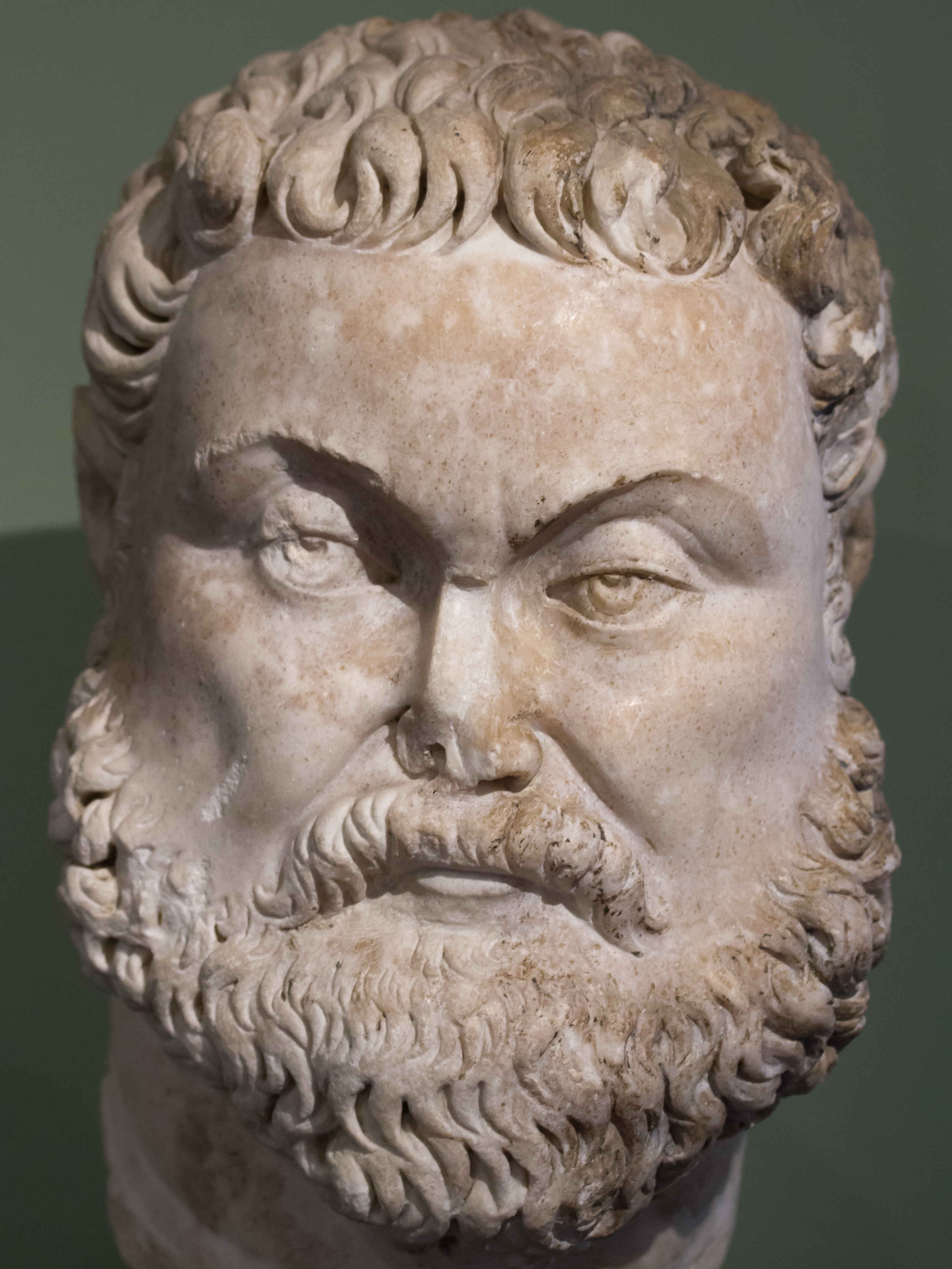 Let’s not call the whole thing off when figuring out how to pronounce Maximianus [max-imi-a-nuss]. Though as an aside, some of us lean towards Maximian [mac-si-mi-an], short and still respectful. A skillful military man, he also earned the nickname of Maximianus Herculius, but that’s just too long for this Extra Fine bronze antoninianus struck during his nine-year reign. Forced to abdicate, Maximianus retired to a villa in the south of France, overlooking the Mediterranean.

A pair of sibilant Ss

Littleton Coin has a number of cupped coins from Byzantium – today’s Turkey – created by two curve dies. The ancient word for cupped is scyphate [sigh-faith]. The design on this one shows Christ’s shroud after His crucifixion. The coin was issued by Alexius III before the fall of Constantinople in 1204. He rose to power in a disastrous coup d’état, during which he blinded his brother, Isaac II, and then lost his power in the Fourth Crusade.

The other “s” at this end of the alphabet is sestertius [ses-tur-shus], which refers to a unit of measure equal to four bronze coins from the Roman Empire. Take care not to confuse a similarly named silver coin issued during the Roman Republic. 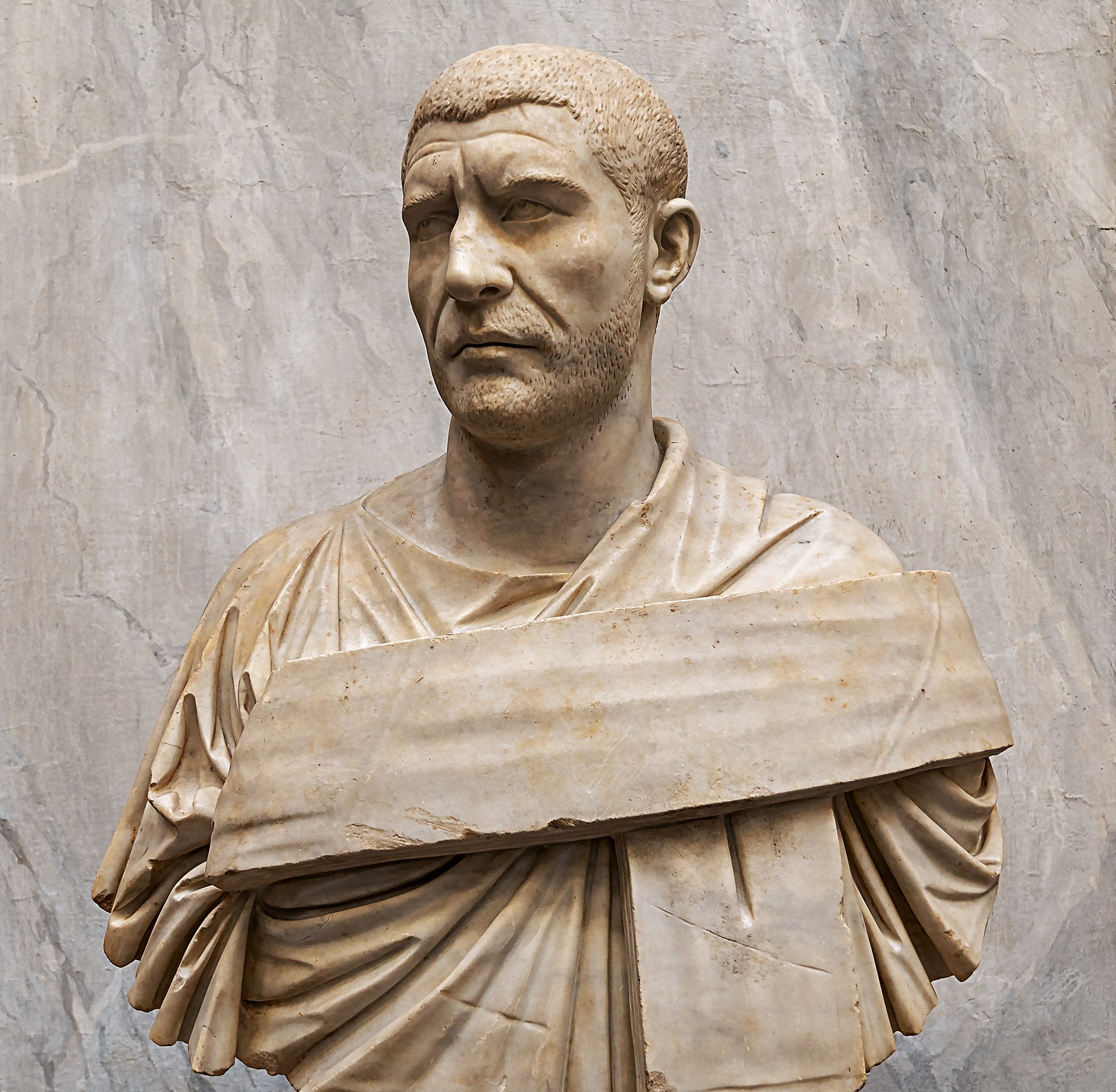 Bust of Philip 1 in the Vatican Museum

Philip I, also known as Philip the Arab, was born near modern-day Damascus, Syria. A member of an equestrian family, he rose to become leader of the Praetorian Guard, which provided intelligence as well as protection to Rome’s emperors. After Gordian III’s assassination, Philip I became emperor, brought about peace with Persia, launched a series of campaigns against the invading Goths from across the Danube River, and celebrated the 1,000th anniversary of the founding of Rome. In the end, he was no match for the persistent Goths. In A.D. 249 his army was defeated and he was slain in Verona.

From the Mercury dime design back through U.S. coinage history to Liberty wearing a symbolic freedom cap, many of us have stumbled over pronouncing the ancient word phrygian [free-gee-an]. Its origin is Greek. It refers to Phrygia, that part of Turkey where the continents of Asia and Europe meet. But successive waves of conquests and rulers reduced Phrygians to slaves – except for those who were free and wore a conical cap, its tip curved forward, to indicate they were liberated. You get an idea of how that looked on Liberty on this 1915 Barber half dollar.

If these thrilling stories from antiquity fascinate you, like they do us here at Littleton Coin, check out any one of our five clubs. Or, if you have already started acquiring ancient coins, this check list might help you keep track of what you’re looking for next.