Mint marks hold a very specific part of a coin’s history. These little letters (currently “P” – or no mark – for Philadelphia, “D” for Denver, “S” for San Francisco and “W” for West Point) tell us where a coin was minted.

Have you ever stopped to wonder, though, how different the mint marks on our coinage could have been?

If not for a twist in history, coins minted on the far western coast of the U.S. would have one very noticeable difference… a “Y” mint mark instead of an “S”!

Before there was San Francisco… 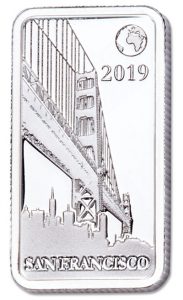 The land of present-day San Francisco was first settled by the Spanish in the 1700s. They named their settlement Yerba Buena, after the Spanish for “good plant.” (The yerba buena plant is found throughout the region.)

Then, in 1776, a military post was built on the San Francisco peninsula. Around the same time, the mission of San Francisco de Asis (Saint Francis of Assisi) was founded nearby. These developments gave the settlement the nickname of San Francisco… though it was still officially known as Yerba Buena.

All was fine with the Spanish settlement of Yerba Buena… until 1835, when a British Captain by the name of William Richardson arrived in the area. He established his own settlement in Yerba Buena Cove. That same year, the U.S. government made an offer to purchase the bay – an offer that the Mexicans could (and did) refuse.

Fast forward just over a decade, and war broke out between the U.S. and Mexico over territory in Texas. U.S. Captain John Montgomery sailed into the San Francisco Bay in 1846 and anchored his ship in Yerba Buena. The next day, the American flag was raised in the settlement – the land had been claimed for the United States.

Just a few months later, on January 30, 1847, an ordinance was issued declaring that the settlement of Yerba Buena would, from then on, be known as San Francisco. 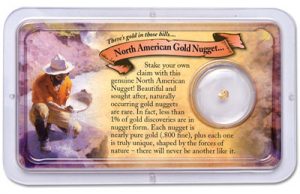 The next year, gold was discovered at Sutter’s Mill. Word spread like wildfire, and within months the ’49ers were flooding the newly named San Francisco. With America’s great Gold Rush, this sleepy burg of about 800 inhabitants swelled to a population of around 36,000.

To handle the massive quantities of gold being mined, a mint was established in San Francisco in 1854. Each coin issued for this new facility bore an “S” mint mark.

Had it not been for that name change just 7 years earlier, those same coins could just as easily have featured a “Y”.

Funny how a twist of fate changed the face of our nation’s coinage! What do you think a “Y” mint mark could have looked like? I’d love to hear in the comments below.