Every coin collector knows discovering a double-punch, a missing mint mark, or even an extra tail feather is the thrill of finding an error coin.

But did you know paper money collectors experience a similar excitement when they come across a star note? 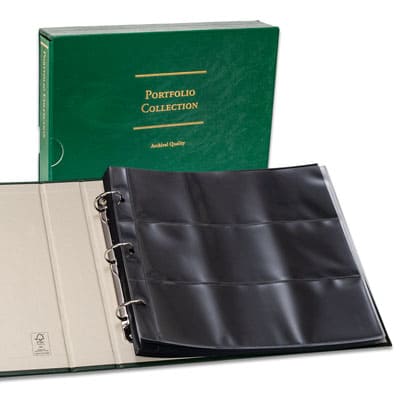 I did a few weeks ago. Coincidentally, it was the same week I was writing about star notes for our summer Showcase catalog. Counting the fresh, crisp bills the bank teller had given me as part of my withdrawal, I let out a tiny squeal of recognition!

Two Series 2017 $1 Federal Reserve Bank of New York star notes, in sequence. I kept them flat in the bank envelope on the dashboard. Once home, I transferred them to a new sheet in my small-size currency portfolio.

The U.S. Bureau of Engraving and Printing (BEP) uses star notes to replace currency where an error has been found just before it goes into circulation. The star with the hollow center is actually an asterisk designed to draw attention to the note’s status as a replacement, along with a one-digit change to the serial number. The serial number of the imperfect note is not used again in the same numbering sequence.

“Star notes are very popular and there many ways to collect these replacement notes to fit your overall goal and budget,” said Ken Westover, a Littleton Coin Company buyer who specializes in paper money. “You can choose to have a small representative set of the major design types.

“Or, you can acquire as many different types and denomination as possible. There really is no wrong way to collect them.”

BEP found it easier to institute star notes around 1910 when new printing presses made it more cost-effective to print sheets of corrected bank notes. You can find out more about how paper money is printed at Littleton Coin’s Learn Center.

Star note collectors also have a rainbow of ink colors to look for when they’re putting together an album. Green ink is applied to the serial numbers, stars, plus the Treasury Seal found on federal reserve notes used today. But, when talking about these replacement bank notes, the correct word order and proper name is Green Seal Federal Reserve Star Note.

“Like most numismatic items, condition and rarity of a particular design are key factors in determining a note’s value,” Ken continued. “The more significant rarities are usually a combination of both of these factors.

Then I looked up mine

To better appreciate the unexpected my unexpected find of star notes in my bank withdrawal, I went to the BEP website and its resources page. My Series 2017 federal reserve star notes from the Federal Reserve Bank of New York were printed in Washington, D.C. during May 2018…and were two of 3.2 million $1 star notes printed.

“Rule of thumb for new currency collectors,” Ken advised me, “is to always check your bills. And, not just from the bank.”

But future, faster discoveries are right around the corner! Littleton Coin Company has a few noteworthy replacement notes. Here are three that caught my eye: 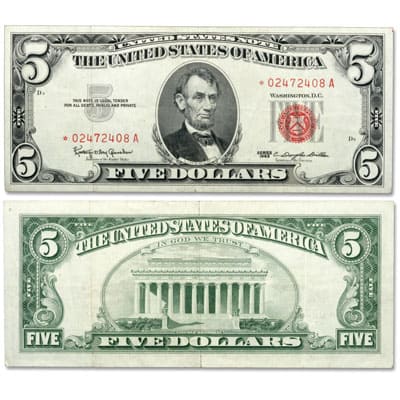 And, these designs are already obsolete as color has since been added to $10 currency.

As you can see, you can also pull together a star note collection based on denominations. But no matter how you go about collecting star notes, Ken’s advice to always check your bills is a sound one. You never know what might be waiting to be discovered.