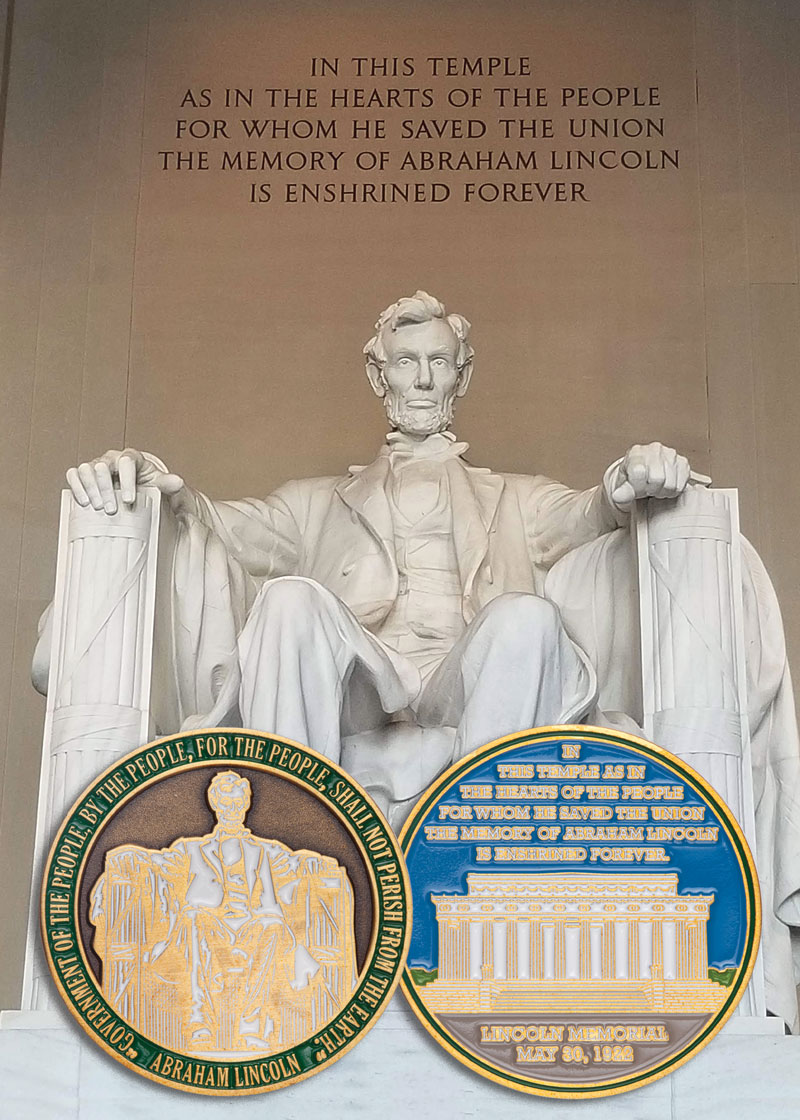 May 30, 1922 was a momentous day for our nation. Celebrated as Decoration Day (now known as Memorial Day), it made a perfect time to dedicate a special new monument in our nation’s capital. Inspired by Greece’s Parthenon, this marble structure stood as a tribute to America’s 16th president, Abraham Lincoln.

Creation of a masterpiece

Designed by architect Henry Bacon, this sweeping memorial is 99 feet tall, 190 feet long and 120 feet wide. In creating this tribute to the president known for preserving America’s democracy, Bacon felt it was only appropriate to model the monument after the birthplace of democracy. A total of 36 fluted Doric columns encircle the structure – one for each state in the Union at the time of Lincoln’s assassination. The names of those states are also inscribed on the frieze, along with the dates of their entry into the Union. At the top, the 48 states at the time of the dedication are inscribed. A plaque honoring Alaska and Hawaii was later added to the plaza.

Inside the monument, between its north and south chambers, is an imposing statue of Abraham Lincoln. Conceived by sculptor Daniel Chester French, the statue is crafted from Georgia white marble and measures 19 feet tall and 19 feet wide. It weighs in at an impressive 175 tons! Engraved into the wall behind Lincoln’s head is the saying, “In this temple, as in the hearts of the people for whom he saved the Union, the memory of Abraham Lincoln is enshrined forever.”

When it came time to dedicate the monument, an estimated 50,000 people were in attendance. But thanks to the radio waves, which were still relatively new at the time (the very first scheduled radio broadcast aired in late 1920), around 2 million more were thought to be listening in! President Warren G. Harding and Chief Justice of the United States William Howard Taft spoke at the event, along with Dr. Robert Moton from the Tuskegee Institute. Also in attendance that day was Lincoln’s only surviving son, Robert Todd Lincoln. 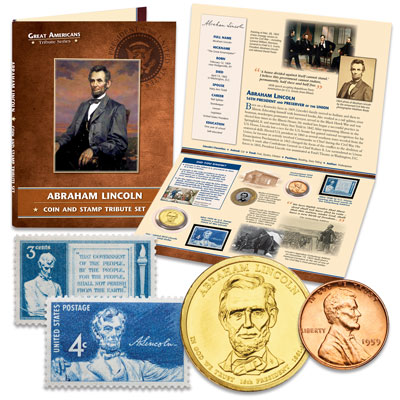 Tributes to Lincoln over the years

Of course, the Lincoln Memorial hasn’t been the only tribute to the Great Emancipator. When the structure was dedicated in 1922, Lincoln cents had already been in circulation for 14 years. Originally, the coins’ reverse displayed ears of wheat surrounding the denomination.

When the 50th anniversary of the series rolled around in 1959, the Lincoln Memorial cent debuted, featuring an all-new reverse design. Proving very popular with collectors, this motif reigned supreme on America’s one cent coin for the next 50 years.

Then, in 2009, to mark a different milestone (the 200th anniversary of Lincoln’s birth), the Lincoln Memorial cent reverse was replaced by four one-year-only reverse designs. Each one honored a different aspect of Lincoln’s life. Finally, in 2010, a new permanent reverse was created – this one showing the Union Shield that was widely used during the Civil War era, with its inscription e pluribus unum (“out of many, one”) signifying unity. 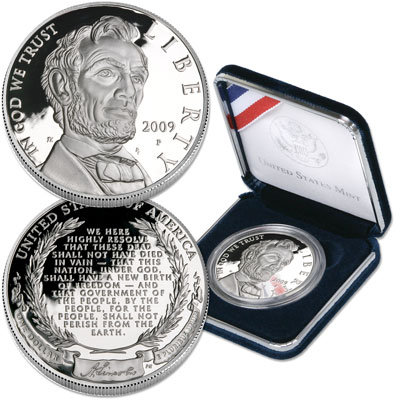 In addition to the anniversary cents, a commemorative silver dollar honoring Abraham Lincoln was also released in 2009. This one-year-only issue featured an obverse image based on the sculpture of “Honest Abe” in the Lincoln Memorial. On the reverse were the final words of his famed Gettysburg Address along with Lincoln’s signature.

And, of course, Lincoln’s portrait has graced America’s $5 notes for decades now.

Do you have a favorite Lincoln tribute? If so, I’d love to hear about it in the comments section below!