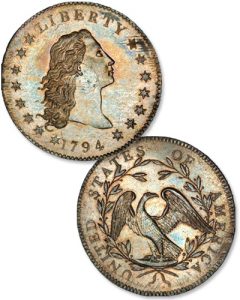 Rare coin sales have set many records recently, including an amazing 17 different U.S. coins that each sold for over one million dollars in 2015! These “dream coins” or “trophy coins” include early copper cents, silver coins from dimes to dollars, and gold coins from quarter eagles to double eagles.

If you’re wondering which coin sold for the most money ever, it’s a historic 1794 Flowing Hair silver dollar that sold for over 10 million dollars in 2013! Graded Specimen-66 by PCGS, this is the finest known coin from the first year U.S. silver dollars were minted. Its amazing quality suggests it may have been the first silver dollar ever struck and was carefully preserved for posterity. A different 1794 Flowing Hair dollar sold in 2015 for nearly $5 million (visit our Learn Center for more about these early dollars).

A number of other records have been set in recent years for particular U.S. coin denominations and compositions: 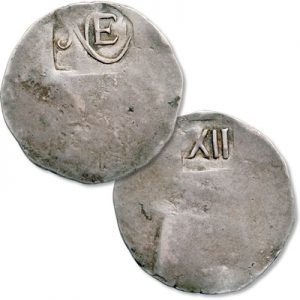 Coins to watch for in pocket change!

While these record-setting rarities are out of reach for most of us, several modern coins worth far more than face value can still be found in your pocket or purse, or in rolls from a bank. Keep an eye out for these scarce modern error coins:

Record prices for major rarities and widespread interest in modern errors indicate that the coin market is strong and thriving. Such eye-opening prices also add lots of excitement to the collecting hobby!

Do you keep an eye on coin market news? Let us know if you’ve seen other scarce or rare coins sell for impressive prices!