Is it time for the U.S. to drop the penny?

Lately, it seems as though everyone is talking about the cent… and there’s a good reason why. Now, I’m not exactly a math whiz – after all, I’m a word person, not a numbers girl – but I know a money problem when I see one. And right now, the U.S. has a BIG problem with the cent. 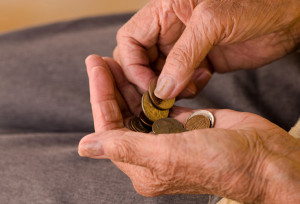 Any time there’s mention of ditching the cent, someone raises a concern about the pricing of merchandise. They worry about what will happen to items for sale with prices ending in “.97” or “.01”. The simplest way to look at it is, that merchants can just round up or down (whichever’s closer) to the nearest 5 cents. Plus, countries like Finland, Australia – and more recently, Canada – have already done away with their cent. We can look to them for ideas on how to make the shift happen as seamlessly as possible.

Fact is, America’s favorite “little” coin costs more to produce than it’s worth. Currently, it’s about 2.4 cents to make each one – more than double its face value. Canada discontinued its cent back in 2012 – when their production cost was just 1.6 cents each.

The mint strikes billions of cents each year. If each one costs more than twice its face value to create… well, that means we’re losing a lot of money. That’s why it’s time to seriously consider either doing away with the denomination, or look into alternative (read: less costly) compositions.

The U.S. Mint has made this work before. In fact, the first change to America’s cent dates back to the 1850s. In those days, cents were big – 29 mm in diameter, versus today’s 19 mm coins. But by 1850, the price of those coins had risen to the point where they cost more to make than they were worth. So, during the early part of the decade, different diameters and metal alloys were tested in an attempt to save the cent. Finally, on May 25, 1857, America’s “new and improved” Flying Eagle cent was released. 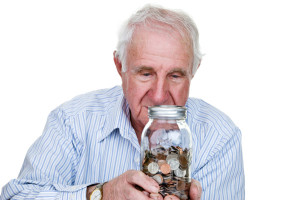 If the U.S. ditches the cent…
What happens to my collection?

What will it mean for collectors if America’s cent comes to an end? Sure, these coins are out there in mass quantities – but suddenly, there will be a limited number of cents available. At first, premiums would likely jump across the board. But given the number of cents that are still available on the market, more recent issues will still remain available to collectors for quite some time.

It was a monumental change at the time, yet Americans embraced it because it was worth it. And today, we can’t imagine a world without our small size cent!

Even more change would come. The original small cents were struck in a composition of 88% copper, 12% nickel, followed by 95% copper, 5% tin and zinc by the end of the Civil War. That lasted until the rising cost of copper got in the way. In 1982, the cent changed to a core of 99.2% zinc and .8% copper that was plated in a layer of pure copper.

Mint officials have been looking for an alternative, more cost-effective metal to use in the cent for the past few years. Even if they don’t find a suitable alternative – would the end of our cent really be that big of a deal in the grand scheme of things?

Let me ask you this… who out there still misses the half cent?