The Carson City Mint in Nevada (illustrated above) opened for business 150 years ago in 1870. Then struck only silver and gold U.S. coins until 1893 when coin production ceased. And like many things on the American frontier, this short-lived mint has a “colorful” story that could only happen in the Wild West! 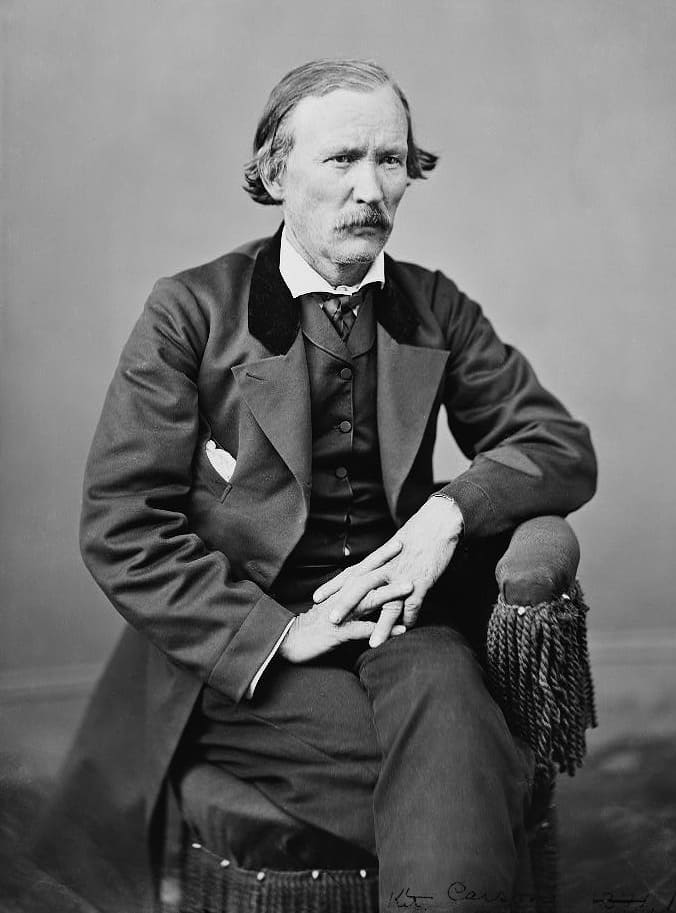 The founding of Carson City

Carson City was founded in western Nevada in 1858 by pioneer Abraham Curry and some partners. They named the settlement after frontiersman Christopher “Kit” Carson (shown left) – who had guided expeditions through the area by surveyor and mapmaker John C. Fremont. And for whom the Carson River running through the settlement was named.

Discovery of the Comstock Lode

Just a year after Carson City was founded, the fabulous Comstock Lode was discovered about 15 miles away on Mount Davidson. While yielding both silver and gold, the Comstock remains the richest deposit of silver ever discovered in North America. The boomtown of Virginia City sprang up almost overnight at the site of the mines. 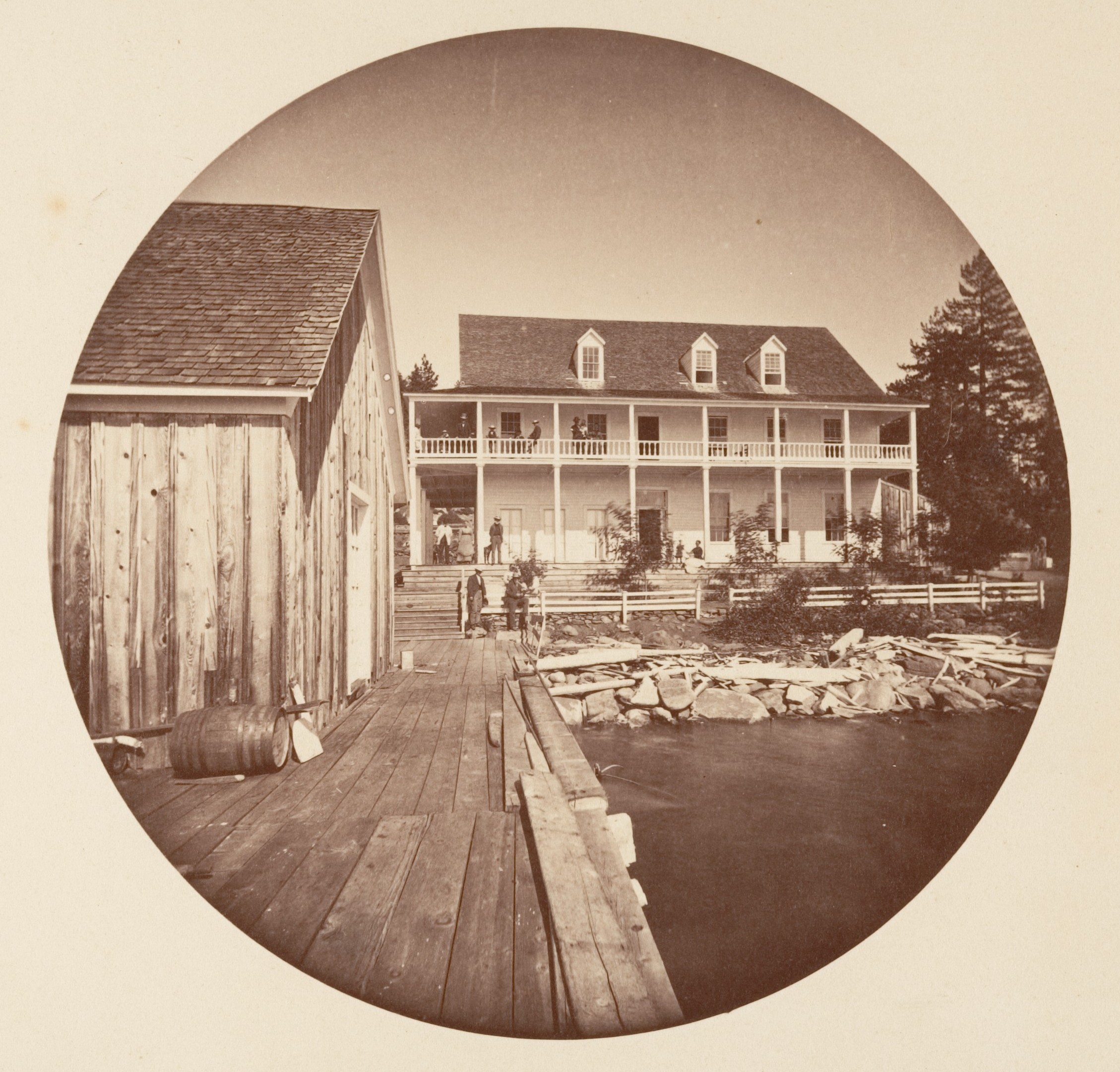 As the Civil War was waged “back east” during the early 1860s, President Abraham Lincoln recognized the importance of Nevada silver and gold to the Union war effort. To keep these riches out of Confederate hands, Lincoln strongly supported Nevada statehood. And on October 31, 1864, Nevada was admitted to the Union as the 36th state. Carson City was designated the state capital.

Transporting Comstock ore to the mints

Stagecoaches, wagons and trains were frequently robbed during the transport of goods in the “Wild West.”

During the 1860s, Comstock Lode silver and gold ore was transported west to the San Francisco Mint or east to the Philadelphia Mint. Both routes were hazardous, time consuming and vulnerable to bandits. So Congress authorized a branch U.S. Mint in Carson City, just a few miles from the Comstock Lode. A mint in Carson City could convert Comstock silver and gold into U.S. coinage for use in the western region. 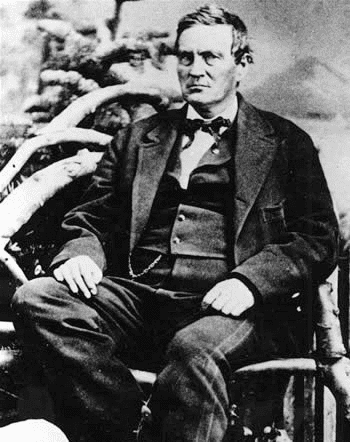 Abe Curry (shown left) cam back into the picture when he was appointed by President Lincoln to supervise construction of the Carson City Mint. Built between 1866 and 1869, the fortress-like structure featured 4-foot-thick sandstone walls and a 7-foot-thick concrete floor. It opened for business in 1870 with none other than Abe Curry as the mint’s first superintendent!

Coin production at Carson City was very modest compared to other mints. The Carson City facility was small and coinage needs in the West were limited. Mintages of “CC” Morgan silver dollars range from only 228,000 to about 2.3 million. By contrast, many Morgan issues from other mints were produced in quantities of 10 to 20 million or more. Gold U.S. coins with “CC” mint marks were struck in similarly small numbers.

With low mintages and a natural connection to the Old West, “CC” silver and gold coins are in great demand among collectors. They bring to mind the rich Comstock Lode, and the rough-and-tumble boomtown of Virginia City. They recall Virginia City’s Territorial Enterprise – the newspaper where Mark Twain cut his teeth in journalism. And they remind us of the intriguing history of the Carson City Mint.

Though the Carson City Mint ceased production in 1893, the colorful story of the frontier facility continued in the 20th century. As a Nevada State Museum during the 1950s, it housed a collection of the most desirable “CC” silver and gold coins. And prized coins from other countries and mints. On the night of August 4, 1952, two individuals broke into the stalwart structure, smashed the glass display cases, and made off with over 90 of the most valuable coins and medals. The thieves were never caught and the fate of their stolen booty is unknown.

A decade later in the 1960s, a government audit turned up bags of “CC” Morgan silver dollars and Morgans from other mints(shown above) in basement vaults of the U.S. Treasury. The nicest Uncirculated “CC” coins were sealed in special holders and offered to the public in a series of government sales. Demand for these low-mintage Mint State Morgans was enormous, and the coins sold out rapidly. “CC” Morgan dollars in government holders are highly prized and sell at a premium to coins not in the special holders.

“CC” coinage will be in the focus this year during the 150th anniversary of the Carson City Mint. Struck in precious silver and gold from the legendary Comstock Lode, these coins are treasured legacies of the Old American West!