Few periods in history spark the imagination like the American Old West. It was an epic era of lonesome cowboys and proud Native Americans… of daring outlaws and famous lawmen… a time when news traveled by telegraph and mail by the Pony Express.

Countless settlers joined up with covered wagon trains, seeking a new way of life on the vast, fertile plains. While discoveries of gold and silver attracted even more prospectors hoping to strike it rich. Mining towns sprung up overnight – only to transform into dusty ghost towns when the veins played out.

Meanwhile, the wild bison and mustangs of the West watched in wonder as the “iron horses” of new railroads changed travel and commerce forever.

It’s a time that has inspired countless books, movies and television shows. And even in today’s modern, high-tech civilization, it still carries the wistful romance of a simpler age gone by. 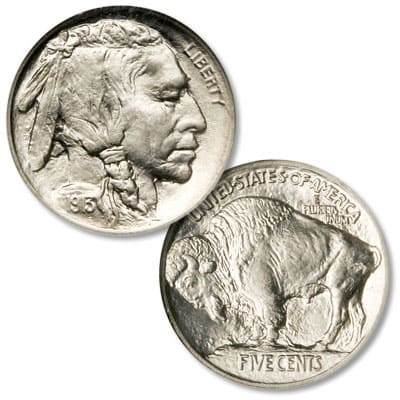 For coins and paper money collectors, there are plenty of ways to add the American Old West to our collections. Buffalo nickels are one of the most popular. Although the first Buffalo nickel was not minted until 1913, James Earl Fraser’s iconic Indian Head obverse and American Bison reverse perfectly capture the spirit of the West.

Another popular option is the Indian Head cent. Struck from 1859-1909, it depicts Liberty wearing a Native American headdress. Most issues are affordable in a range of grades. And since the series was minted entirely by the Philadelphia Mint, only one coin from each year is needed to assemble a complete collection. 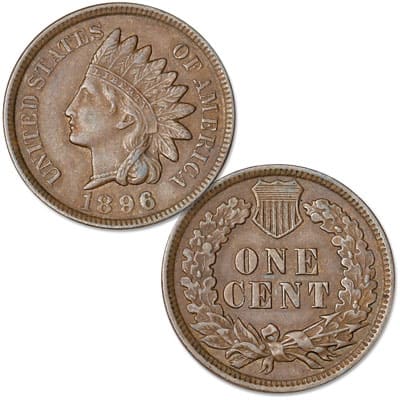 Of course, there’s also the “King of America’s Coins” – the Morgan silver dollar. Struck in 90% silver from 1878-1904 (and one last time in 1921), these hefty silver dollars were nicknamed “cartwheels” for their large size and distinctive shimmer.

Born of the Comstock Lode and other silver mines of the West, Morgan silver dollars were once gambled on riverboats and coveted by infamous outlaws like Jesse James and Black Bart. So it’s easy to see why they are arguably the most popular coins to collect. 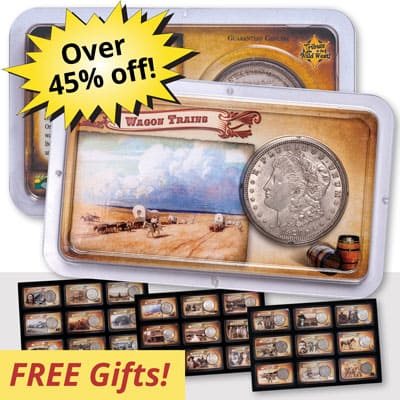 SAVE over 45% with Littleton’s Morgan Dollar Tribute to the Wild West Club!

Currency notes were a lot bigger back then, measuring a whopping 7 3/8″ x 3 1/8″ in size. In fact, they were so big the public nicknamed them “Horseblankets!” But while today their size might seem inconvenient for trade, for paper money collectors it’s a wonderful thing.

These notes’ larger size gave them plenty of room to showcase their artwork – as you can see in the 1899 $5 Silver Certificate shown below. Nicknamed the “Indian Chief” for its engraving of Sioux Chief Running Antelope, this note features plenty of ornate detail on both its face and its back. This note is prized among collectors, in large part because it truly evokes the spirit of the American Old West! 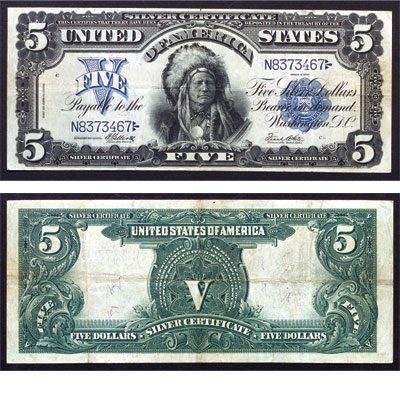 And while we’re on the subject of paper money and art, allow me to introduce…

The Spirit of the American Old West Collection

Recently, Littleton Coin Company introduced another way to recall this epic era from the past: The Spirit of the American Old West Collection. And it’s already proving to be a popular hit!

This exciting new series includes nine $2 Federal Reserve Notes, each tastefully colorized by Littleton’s artists with iconic images of the American Old West. You’ll find notes featuring the discovery of gold at Sutter’s Mill and Cripple Creek, as well as the founding of the Carson City, Denver and San Francisco Mints. Plus notes recalling the Comstock Lode… railroads and outlaws… Native Americans and bison… and more. 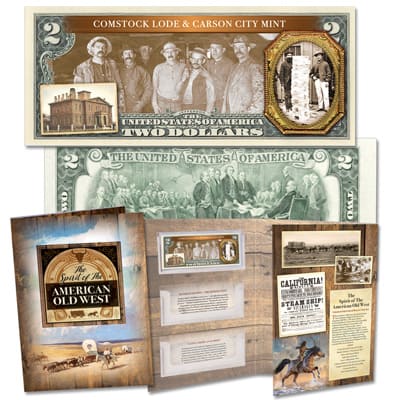 Get the first note FREE when you buy Littleton’s illustrated folder!

The series also includes a custom folder. Handsomely illustrated, it doesn’t just hold all nine notes in the series. Each note’s space includes additional details on the people, places and events it recalls, making it the perfect way to store your growing collection.

And when you order the folder today, you’ll also get the first note in the series honoring the legendary Comstock Lode and the Carson City Mint – $19.95 value, yours FREE!

The second note in the series, featuring Sutter’s Mill and the ’49ers, is also available. And be sure to watch for future issues in our upcoming catalogs and at LittletonCoin.com.

What do you feel is the best way to recapture the Spirit of the American Old West in your collection? Do you prefer coins or paper money… or something else, like railroad certificates? We’d love to hear what you think. Let us know in the comments below!