This year holds an important milestone in the collecting world – 2021 marks the 75th anniversary of the Roosevelt dime!

After more than 7 decades in use, the unassuming Roosevelt dime hasn’t made many numismatic waves during its lifetime. In fact, only 3 special issues (beyond regular Philadelphia, Denver, and San Francisco Mint coins, not counting errors) have ever been released, including: 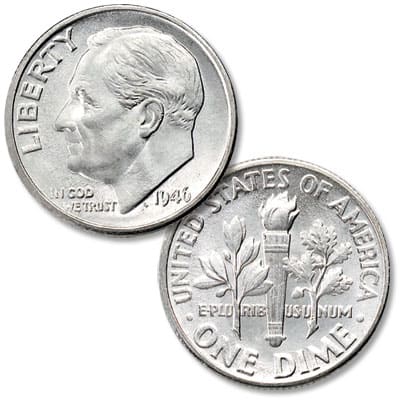 This long-running, reliable series honors 32nd U.S. President Franklin D. Roosevelt. But how did this celebrated figure come to grace our nation’s 10¢ coin?

Born in 1882 and raised in Hyde Park, New York, Franklin Delano Roosevelt attended law school after college, practiced law for a number of years and was elected governor of the State of New York in 1928 and 1930. Gaining national stature in the Democratic Party, FDR was elected to the first of four terms as U.S. president in 1932 – as the Great Depression gripped the nation. His first inauguration on March 4, 1933 included this memorable statement to the American people regarding the economy:

“…the only thing we have to fear is fear itself…” 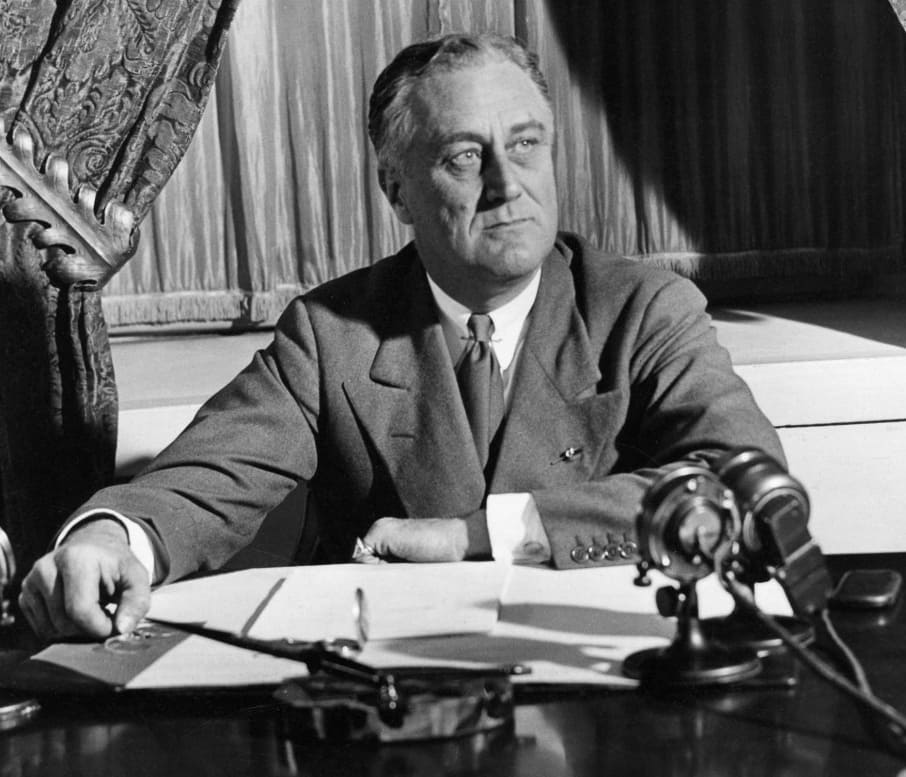 Roosevelt during one of his Fireside Chats

A week later, Roosevelt began his famous Fireside Chats. These informal radio messages explaining the actions of his administration, including New Deal programs like the Works Progress Administration and Civilian Conservation Corps, which put people to work on public projects. Re-elected in 1936 and 1940, Roosevelt’s second and third terms witnessed Nazi Germany’s aggressions against its European neighbors. In a radio broadcast on December 29, 1940, the president stated:

“We must be the great arsenal of democracy.”

The military arms build-up, a massive joint effort by government and private business, helped pull the nation out of depression. And America’s first peacetime military draft, signed into law by FDR in September of 1940, would prove critical the following year when over 350 Japanese planes launched a surprise attack on the U.S. Naval Base at Pearl Harbor, Hawaii. A day after the attack, President Roosevelt began his request for declaration of war to a Joint Session of Congress with these unforgettable words:

Before leading the nation through the Great Depression and the Second World War, FDR was afflicted with poliomyelitis (polio). He dealt with aftereffects of the illness for the remainder of his life. As a result of his struggles, in 1938 he founded the March of Dimes to fund research for a polio vaccine and rehabilitation for those with the disease. Following FDR’s death on April 12, 1945 – less than a month before Germany’s surrender – it became especially appropriate to honor America’s only 4-term president with his likeness on our 10¢ coins. 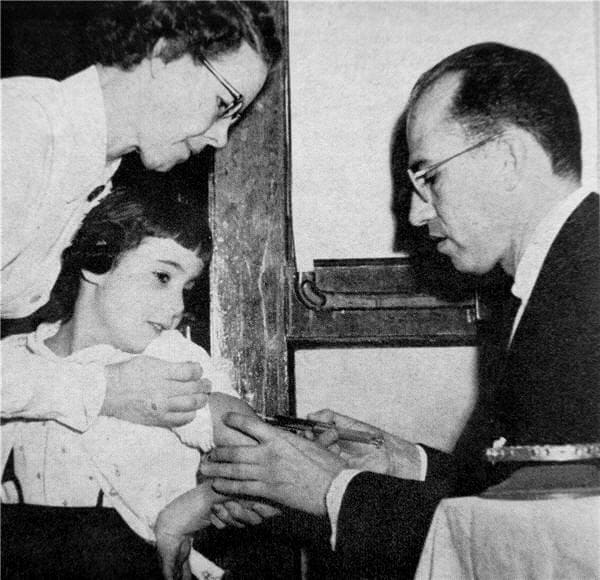 Salk gives a dose of the polio vaccine

For a decade following FDR’s death, the March of Dimes continued supporting research to find a cure for polio. Among the researchers was Dr. Jonas Salk of the University of Pittsburgh. Salk is credited with developing a safe and effective polio vaccine, which was administered to children nationwide beginning in 1955.

Though it may be the smallest in diameter among circulating coins, the Roosevelt dime carries an impressive history. Plus, its design has remained unchanged for the last 75 years – an impressive feat of late! Are you a collector of this long-running series? Tell us what inspires your collection in the comments below.