Ever wonder why you don’t see $1 coins in circulation? After all, the dollar is our country’s basic monetary unit. And $1 coins have been struck during most years from 1794 to the present. Plus it would make sense to use $1 coins. They last much longer than paper dollars, which are handled so often they wear out quickly. But $1 coins have never been used much – for different reasons over time…

A dollar was once a lot of money 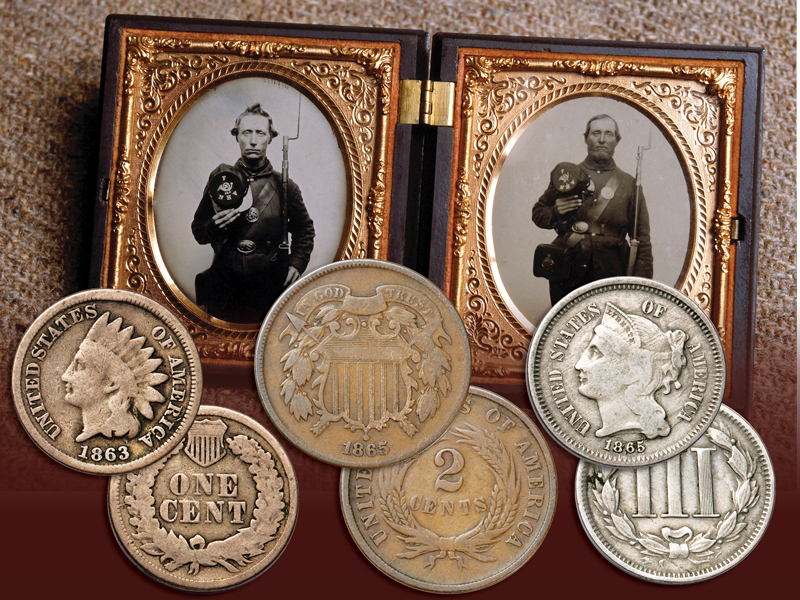 During early years of our nation from the 1790s to the Civil War era, a day’s pay ranged from about fifty cents to a dollar. And prices for food and other essentials were equally modest. So most transactions involved small-denomination coins like pennies, nickels, dimes and quarters. A $1 coin simply represented a substantial sum of money that people rarely had in their possession.

$1 coins were large and weighty 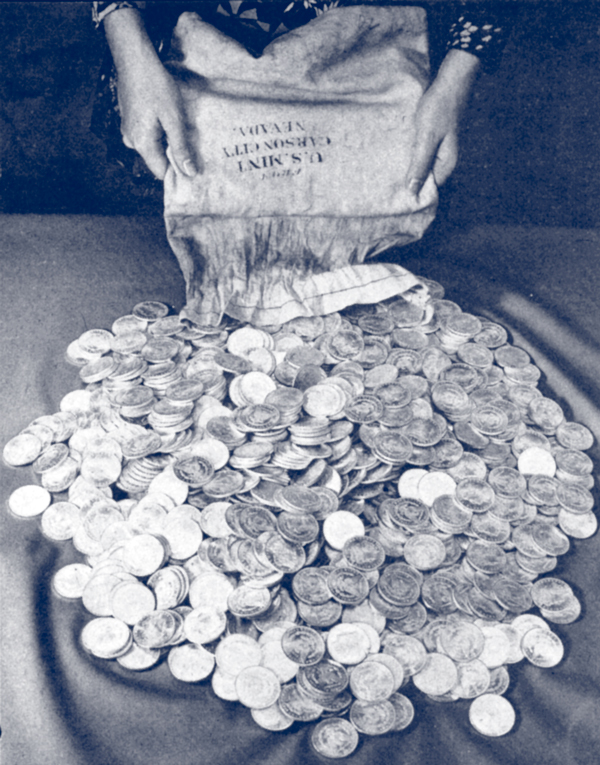 Morgan silver dollars are among the most popular classic coins.

By the later 1800s, wages and prices had increased enough to make $1 coins practical to use. But by then, the U.S. Treasury was issuing $1 paper currency. Silver dollars were big and hefty, and most people preferred the ease and convenience of paper dollars.

But that didn’t stop the Treasury from striking silver dollars… in great quantities. Morgan silver dollars of 1878-1921 were authorized by the Bland-Allison Act, which required the Treasury to purchase between $2 million and $4 million worth of silver from western mines each month for coinage into silver dollars. And in 1890, the Sherman Silver Purchase Act increased the required monthly purchase of silver to 4.5 million troy ounces. Yet few people were using these silver dollars…

Ironically, as Treasury vaults filled up with unused $1 coins, Morgan silver dollars enjoyed their greatest popularity, but only in the “Deep South” and the “Wild West.” It seems the further away people lived from where U.S. paper money was produced (Washington, D.C.), the less it was trusted. Southerners and westerners wanted “hard money” like Morgan dollars with the intrinsic value of precious silver. However, this regional use put only a small dent in Treasury supplies of $1 coins.

America’s entry into WWI brought the 1918 Pittman Act, which authorized the melting of over 270 million U.S. silver dollars into bullion to help pay for military mobilization. It also required the U.S. Treasury to purchase enough silver from American mines to produce an equivalent number of new silver dollars! This resulted in the 1921-1935 Peace silver dollars, which only added to stockpiles of unwanted $1 coins. 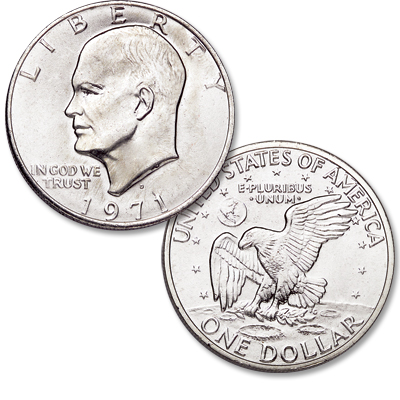 As wages and prices kept increasing through the 20th century, it made plenty of sense to use long-lasting $1 coins in commerce. So the U.S. Mint gave $1 coins another try with the large-size Eisenhower dollars of 1971-1978. But cash registers and bank teller drawers had no compartment for $1 coins, so stores and banks really didn’t want them. And since $1 coins could not be used in vending machines, parking meters and other coin-operated devices, they weren’t very useful…

The mint tries its first mini-dollars 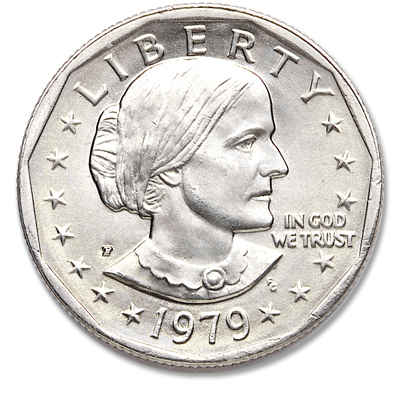 After market research recommended abolishing dollar coinage or issuing coins of smaller size and weight, the U.S. Mint in 1979 introduced its first “mini-dollars.” They depicted women’s rights advocate Susan B. Anthony. But the coins were too close in size and appearance to quarters. Clerks, tellers, the general public and even coin-operated machines got them mixed up and made lots of mistakes. And so they were nicknamed “Carter Quarters” for the president in office at the time. The mint drastically reduced production of Anthony dollars in 1980. And in 1981 they were issued only in U.S. Mint Sets! 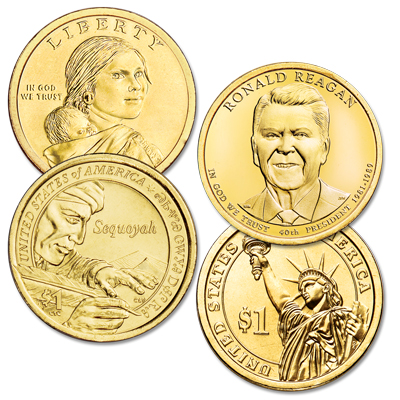 Mindful of its mistakes with Anthony dollars, the U.S. Mint introduced mini-dollars in 2000 with a golden color to clearly distinguish them from other coins. The obverse depicted Sacagawea, Lewis & Clark’s young Shoshone guide, while the reverse featured an eagle in flight. However, few people used the coins, which were still unpopular at stores and banks, and you still could’t use them in coin-operated devices.

Learning from the popular Statehood quarter series, the mint then tried mini-dollars with frequently changing designs. Presidential dollars of 2007-2016 honored U.S. presidents in order of service, while ongoing Native American dollars of 2009-date are honoring important contributions by Native Americans. But with virtually no usage, mintage of these coins was slashed in 2012 to just enough for collectors!

Use of dollar coins may require the abolishment of paper dollars

Some countries like Canada realized years ago that the only way to achieve significant use of $1 coins was to stop issuing $1 paper money. And they did. The only $1 Canadian currency since 1989 has been the “loonie” – a gold-colored $1 coin depicting a loon on one side and Queen Elizabeth II on the other. The “loonie” is accepted by Canadian vending machines, parking meters, toll booths and other coin-operated devices. And it lasts far longer than Canadian paper dollars ever did.

For U.S. $1 coins to become more than collectibles, Congress and the Treasury would almost surely have to follow suit. But with more coin-operated devices now using electronic collection or accepting debit and credit cards, the future of all coinage is uncertain at best!

Please share your thoughts about U.S. dollar coinage and the future of coinage with our other readers. Thank you!