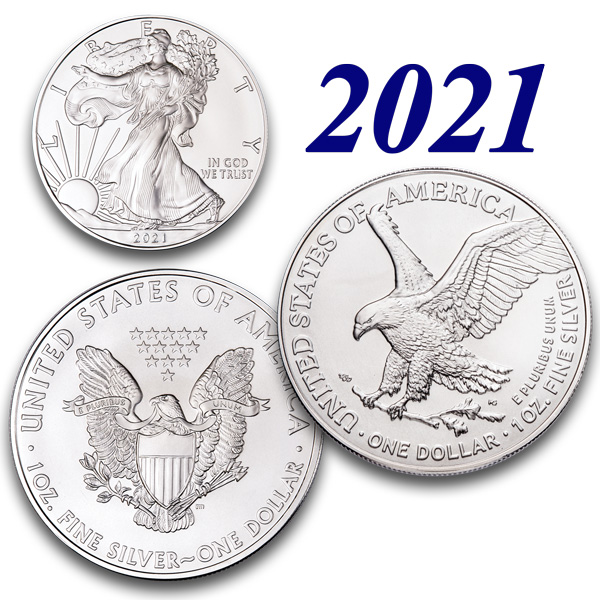 First, in honor of the American Silver Eagle’s 35th anniversary, an all-new reverse design was released. The Heraldic Eagle reverse, which had graced the coin since its start in 1986, was issued at the years’ start. Then, mid-way through 2021, the new design – featuring a Landing Eagle clutching an oak branch in its talons – debuted. It was a refreshing update to see!

The latest in traditional coin designs

Of course, with all the newness in the collecting world, we still couldn’t get by without our traditional stand-ins. We started with annual Mint Sets and Proof Sets featuring cents, nickels, dimes, quarters, half dollars and golden dollars.

This year, we saw seven different one year only designs. The 12-year National Park quarter series wrapped up with its final design, honoring Tuskegee Airmen National Historic Site. Following this release was an all-new, one-year quarter design featuring Washington Crossing the Delaware. We also got a new obverse design (well – a new classic, I suppose?). The same obverse design used on Washington quarters prior to the start of the State Quarter series in 1999 returned on the Washington Crossing the Delaware quarter!

The 13th design in the Native American dollar series was another of the one-year 2021 coins released. Depicting eagle feathers (earned in battle or by performing brave deeds), and five stars representing the U.S. armed forces, it’s a tribute to Native American service in the military since 1775.

Plus we had the next installments in the U.S. Innovation dollars series to enjoy! This was the third full year of the series, and the coins honored innovators and innovations from: 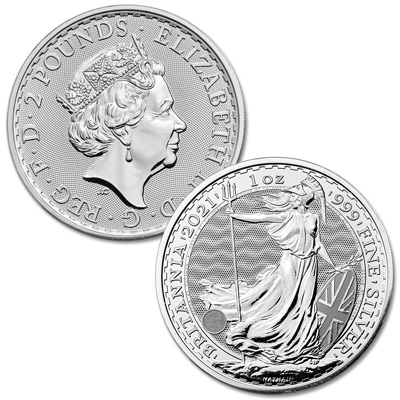 Bullion coins from around the globe

World mints have been busy this year, too – creating bold silver collectibles! Perennial favorites like Canada’s Maple Leaf, Great Britain’s Britannia, Mexico’s Libertad and the Kookaburra and Kangaroo coins from Australia all returned for collectors in 2021! In addition to the standard silver bullion 2021 coins, collectors were also treated to several pieces honoring the Lunar Calendar’s Year of the Ox. 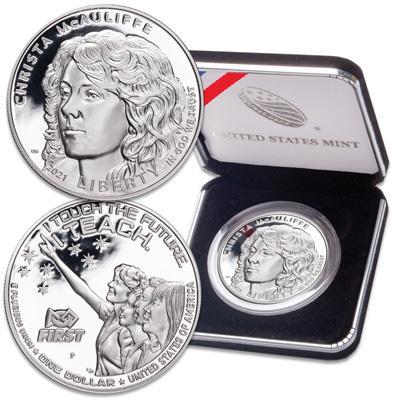 Rounding out our list of popular 2021 coins are the years’ commemorative designs. Notably this year, we marked the 35th anniversary of the Challenger disaster. On board that mission was New Hampshire teacher Christa McAuliffe – slated to be the first teacher in space. Ms. McAuliffe was honored on a 99.9% silver dollar coin.

In addition, a series of commemorative half dollars, dollars and $5 gold 2021 coins were released to honor the National Law Enforcement Memorial and Museum.

With all the fantastic offerings to come out of 2021 in coins, there’s something for every collector to enjoy! Have you added any of these new issues to your collection? If so, which ones? Are there any you’re planning to acquire? We’d love to hear from you!