Many were hoping for a lining of gold in the thunder clouds gathering over the country – both onshore and off. 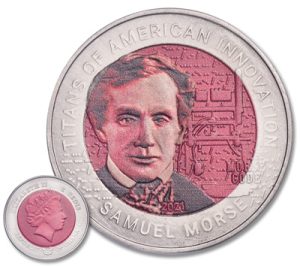 The year was 1857. The date was August 24. The Ohio Life Insurance and Trust Company in Cincinnati made the fateful decision to announce its New York office was suspending high-interest payments to investors. Their money had been loaned to businesses in the food supply chain – from farmers to railroads. Thanks to Samuel F.B. Morse’s new invention, the telegraph, the bad news spread like wildfire.

How did we get there?

Extraordinary demand for U.S. agricultural exports had come from Europe. When farmers enlisted to fight against the Russians in the Crimean War, their fields went fallow. Alternate food sources were needed. What better country than the bountiful America and its western territories to meet the demand?

But when the war ended after three years, soldier-farmers returned to their crops. By 1857, Europeans’ need for American food had dropped hotter than a baked potato. Many U.S. farmers and the hastily expanded railroads were unable to meet their monthly loan obligations.

In addition to grain and beef, America’s other sought-after commodities were silver and gold coins – especially from the ore-rich mines in California. The Gold Rush was still on. Four days before the Ohio bank’s declaration, a spectacular cargo of silver and gold coins left San Francisco aboard the SS Sonora of the Pacific Mail Steamship Line.

Estimated at $1.6 million, the shipment included such newly minted gold coins as $20 gold Double Eagles, plus ingots and bars. Then there was the gold dust carried in saddle bags and placed in the captain’s safe. 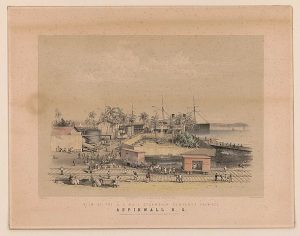 Each one of these smaller amounts was called “a pinch of gold” – an accepted miner’s measurement for what could be picked up between your thumb and a finger. Anyone with an exceptionally large thumb and forefinger could make good money tending bar in mining towns. A drink was priced at a pinch of gold dust!

The SS Sonora took the silver and gold, plus passengers, to Panama City in Central America. For the next leg, they boarded a train for its brief 48-mile trek east across the isthmus – the most narrow strip of land between the Pacific and the Caribbean Sea where later the Panama Canal would be built. The train arrived at the then-named port of Aspinwall, now Colón, where the sidewheeler steamer, the SS Central America, was waiting.

On September 3, 1857, it left Panama carrying passengers, crew, mail and several tons of gold bound for New York City. The timing couldn’t have been better. After 11 days, increasingly nervous bankers and investors were pinning their hopes on the arrival of “The Ship of Gold.”

After a brief stop in Havana, Cuba, the SS Central America continued north, still on schedule. But late summer is hurricane season in the Caribbean Sea and Atlantic Ocean. Wind speeds started to approach 100 miles an hour. The chop from ever higher waves smacked against the ship’s wooden hull. 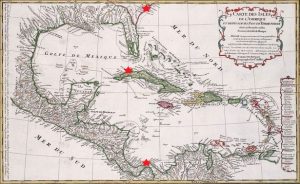 Six days after leaving Cuba and just 160 miles off the Charleston, SC coast, the SS Central America found itself in a menacing Category 2 hurricane. On the morning of September 11, with its sails ripped to shreds, the steamer started to take on water. Then the boiler stopped working. Women and children were put into lifeboats. Men donned cork-filled life preservers. Shortly past 8 p.m., a monstrous wave hit the SS Central America. The ship juddered. Her timbers split. And then she sank into the darkness… some 8,000 feet below the Atlantic’s roiling surface.

The ship’s precious cargo – 425 people and the gold – was lost. Only 53 survivors were successfully rescued. The Panic of 1857 was now real, impacting such banks as the Western Exchange Fire and Marine Insurance Company in the Nebraska territory, which was among the many forced to close. Railroad companies laid off workers. The financial panic would pull the trigger on the Civil War, and affect fortunes for decades to come.

For more than 130 years, the SS Central America’s cargo remained on the ocean’s floor. Then, on September 11, 1988, its remains were located. In the first salvage operation, two tons of lost gold was brought to the surface, or $76 million at the 1991 market rate. In 2001, one 80-pound gold ingot minted in San Francisco sold for a cool $8 million.

Thanks to PCGS certification, you can own a double pinch of gold dust. It’s a valuable piece of American history that will add prestige to any collection.

If the romance of gold has now caught your eye, you might also consider a genuine North American gold nugget. Or, take a look at Littleton’s exclusive collectors club of world gold coins. See what it takes to get started here.

If the Panic of 1857 piqued your interest in finding out more about the wide array of financial devices issued to help American enterprises grow, click the link to our American Railroad Stocks and Bonds Club. Whether coins or paper currency, it’s never a dark and stormy night when you’re collecting!