Happy New Year – a time of looking forward at what’s to come, while reflecting on the past year’s events. For collectors like us, that can also mean looking back at the great new designs that debuted and updating our collections while those 2019 coins are still fresh! There were a few new issues that debuted in 2019 that were really noteworthy:

There were plenty of 2019 coins to honor one very special milestone this year, too! It was 50 years ago, on July 24, 1969, that the U.S. first landed a man on the moon with Apollo 11. You too can recall that occasion with these special issues: 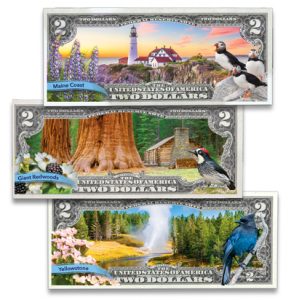 In addition to those noteworthy pieces, we also saw a great variety of new issues colorized by our artists, like our Wildlife Series II and the Great American Landscapes $2 notes. Littleton’s artists also specially colorized 2019 Silver American Eagles with beautiful fireworks and snowflakes designs.

Did any of these 2019 coins make their way in to your collection this year? Which are your favorites? I’d love to hear about it in the comments section below!